What crazy deals will Sega offer next!?
By eep
On 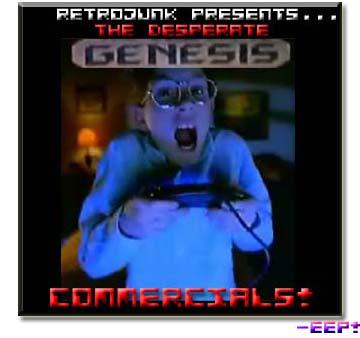 Sega has been around since the late 70’s and has always been just a tad off with their products. Sega coin-op machines overlooked for other popular manufacturer titles. Sega’s consoles has had to endure Nintendo’s products for ever so long and ultimately becoming a losing battle against the ever growing Sony franchise, hiding in the dark and more of a cult following. Not to say that the titles released by Sega were dreadful, but many of them were quicker to forget than Sega’s rival companies [i.e. Alex Kid (85) versus Super Mario (85)].

I had the best of both worlds, playing both sides of the field. Having a friend who owned every console known to an American during the 90’s was a great advantage. Playing hours and hours of video games on end was a ten year old kid’s dream and not buying the console and/or games was my parents dream. Though the time spent with these consoles only wet my appetite to actually purchase one of these machines…especially Sega Genesis. 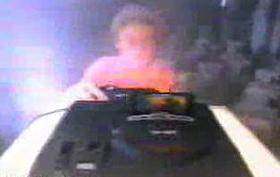 Growing up as an Atari 2600 child, my expectations of home console video games weren’t too high. In fact anything that came out after 2600 was mind boggling. After the years had gone by I had come to own Socrates, Sega Master System, Nintendo Entertainment System, Gameboy, Game Gear, and Super Nintendo with an assortment of handhelds from Tiger and Game & Watch. Unaware at the time of how much these consoles have all begun with what has essentially becoming a lifestyle I had chosen to follow (this begins frightens me). I don’t want to sound like too much of a nerd or even compared to some Star Trek fan but video games are very much apart of my life. Captain’s Log: I ran off on a tangent.

I’ve never actually owned a Genesis console but thanks to Gens v2.11, programmed by Stephane Dallongeville, I now “own” an emulation of one. Comparing its games to Super Nintendo’s side to side, I’m glad I didn’t purchase an actual console. Granted Sega’s original titles kicked ass (i.e. Street of Rage and Sonic), but they weren’t enough to get mass appeal. Sega tried their best to gain consumers’ attention by advertising what Genesis “doe’s” and what Nintendo “don’t”. 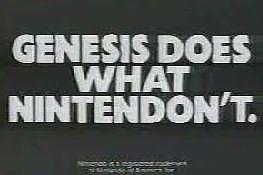 Oh yeah?! A free game, you say?! I can’t really grasp why a company such as Sega would be so grimy as to insult their competitor’s so harshly and so bluntly. For the most part, the games that Genesis “does” are the ones that they solely programmed themselves previously as an arcade cabinet or had been programmed by one of their sister/sub companies. Not so much of a loss since I rather have played the arcade versions instead.

So what if a free game was included, it would be kick ass if stereo speakers were included as well.
Sega: “Not to worry!”
Eep!: “Huh?!”

I felt horrible for Sega, but I wasn’t about to buy a system just because it included a pair of Fisher-Price speakers. This wasn’t the last of the price slashes and freebies. Sega offered tons more of coupons and gimmicks to get consumers to buy Genesis including Toys’R’us vouchers and blockbuster sponsorships, but for some reason they didn’t expect the American shopper to turn away from a Japanese product. Sega had sunk to their lowest point. Two Sonics FREE, with the purchase of The Sega Genesis Console. 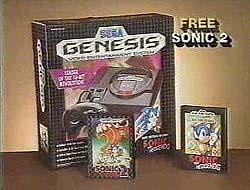 But wait! The deals weren’t over just yet. Sick of Sonic the Hedgehog one AND two? Not to fear, because a fairly new game is on the rise and it is said to be free, when you purchase “The Sega Genesis Fighting System!” 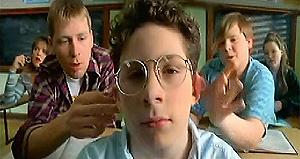 Young Bobby Angles has a problem; he didn’t have “The Sega Genesis Fighting System.” Oh dear, he was tortured by the school bullies everyday and needs to earn the respect of his peers. What shall he ever do? Not to fear Sega will slash their prices once again in effort to gain the less fortunate and provide young minds with the entertainment they were once deprived of.

Bobby gives in, yet saves $40, receives a free copy of Streets of Rage 2”…gets more moves, more control, and now he’s pretty much okay.” 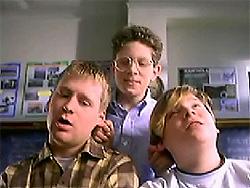 What wasn’t Sega giving away? Their very soul…which was later sold to various console-hardware companies and returned back to their roots, software.

In closing, Sega had and still has by far the best software programmers ever. In retrospect, Sega was the underdog and was always just a cult following. Though isn’t it funny how Nintendo now relies on Sega’s software for its sales as well as other home console companies such as Sony and I believe Xbox. If only Sega had a better strategy for compiling a better home console and focused less on destroying its competition we might all be sitting in front of A Sega Exodus 2600 or something like that. So I leave you with this question. What if I had bought that Genesis, Saturn and/or Dreamcast? What if all the other children of the world had bought that Genesis, Saturn and/or Dreamcast? Would Sega-Hardware still be around to make another console? Would the Mario versus Sonic war still persist? We will never know. We will never know. Rest in peace Sega-Hardware…you had a rough life. 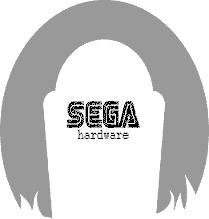 29
Quote O' Matic
Kitana: "You've destroyed my family! You drove my mother to kill herself! I am your enemy forever. So, kill me now if you dare."
Added By: agod
Mortal Kombat: Annihilation 4
kodakthe1andonly
RIP Toys R Us/I LOVE THE VIRTUAL BOY!
As Toys R Us sadly hits Bankruptcy, I recall one of my greatest finds at the Chain of our childhood.
An unhandled error has occurred. Reload Dismiss