Dick Tracy review
By Nails105
On 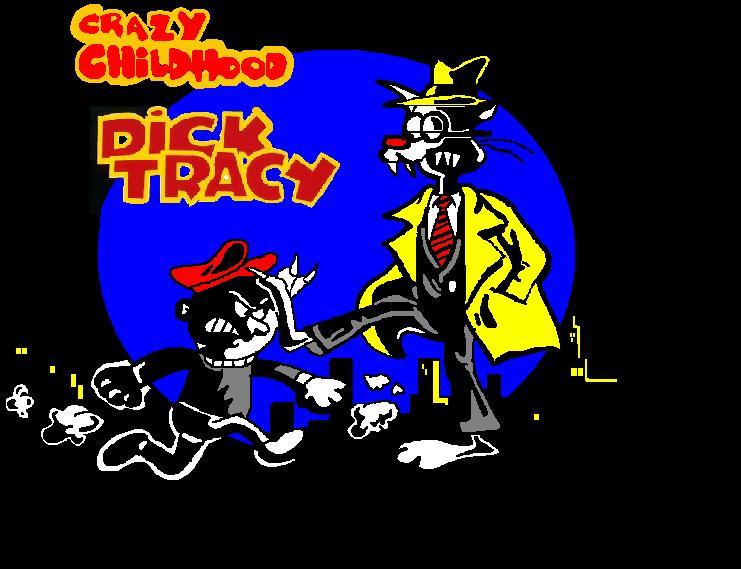 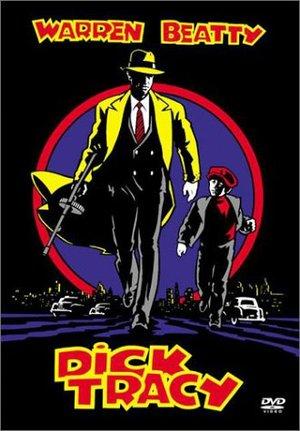 One of the best posters ever made that's not done by John Alvin or Drew Struizan.


I never did read the old "Dick Tracy" comics by Chester Gould when I was a kid. In fact, I never even heard of the character until I was about 13. Yeah, I know, kinda lame, isn't it? 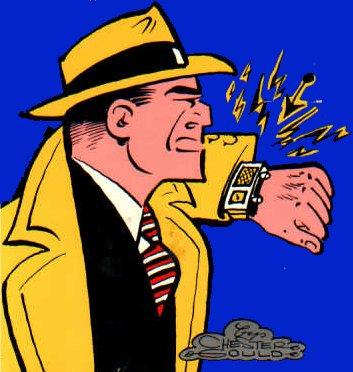 
When I was about 14, I heard about the 1990 movie on Wikipedia (Seriously, thank the Lord above the clouds for Wikipedia). The film looked pretty cool, poster and all. I wanted to rented it, but it isn't available to rent where I live, and there was one copy of DVD left at a local store. I didn't want to waste $10 on a movie I never saw, but a took a chance anyway and bought it (That's usually the case for me, always buying movies that I never saw on the net or seeing it on TV.). 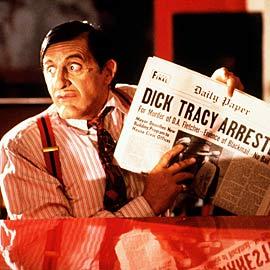 
While "Dick Tracy" is a bit traditional and never breaks free in terms of story, it's made up for it's cool makeup, wonderful colour scheme, and well-written songs (that's right, this movie has songs) by Stephen Sondheim.


I guess you could say that this is Disney's response to the 1989 film "Batman", and kind of mimicks almost everything from the film. Al Pacino (who's just great as the villian) is a bit of Jack Nicholson's Joker, Beatty is a bit like Michael Keaton's Batman, and let's not forget songs, both movies have their share of songs. But instead of being dark and intense, "Dick Tracy" is bright and fun enough for kids, and it's more of a tribute than a rip-off. 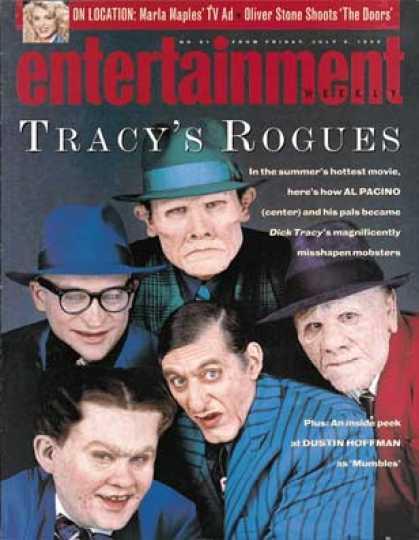 The gang's all here.

Dick Tracy (Beatty) tries to stop the evil Big Boy Caprice (Pacino) and his gang of freaks from becoming the overlords of crime. Yep, 105 minutes of that.
WHAT'S GOOD ABOUT IT?

Almost everything. The film is a near flaw. I think I already mentioned the look, but not the acting. Everyone has their fine share of acting, but my favorite is Dustin Hoffman as Mumbles. Priceless.

Aside from the traditional story, it's too darn long. When we get near the end, I got a tad drowsy and kinda wished it would wrap up. While it's not as long as some other movies I've seen,(*coughcough*"DancesWithWolves"coughcough*), the film is a bit of a doozy at times, which makes it not really for kids. 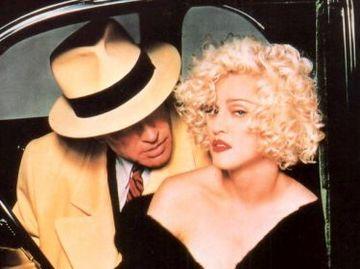 Oooh, now we're gonna see why his name is "Dick".

"Dick Tracy" is recommended for anyone who loves comic book movies or just comic books. The film has great performances, a great look, what more could you want? 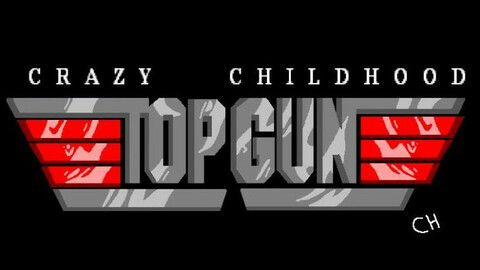 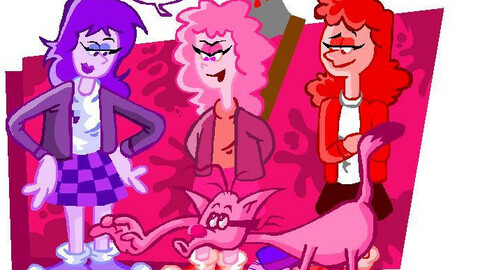