A strip mall of all your needs in Central NJ
By ethandaman24
On
*insert Twilight Zone music here* You are now traveling through another dimension, a dimension not only of sight and sound, but of mind. A dimension of where kids can jump, swing, crawl, and mountain climb, where you can buy toys that are educational, where you sit in a shopping cart while your mother buys food, where you can buy books, videos, and cds, and where you can bowl. Your next stop, the Mid-State Mall. 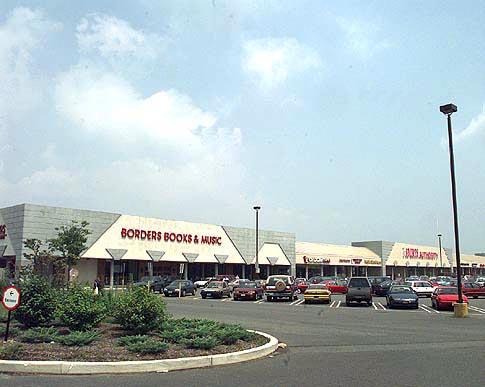 I knew that'd be a perfect introduction to this article. Anyways, growing up, there were places that I'd always (had) go to, and some of those place were at the Mid-State Mall. The Mid-State Mall is your basic average huge strip mall located in the township of East Brunswick, NJ, a suburban township that consists of over 48,000 people loacated in the county of Middlesex, which consists of nearly 790,000 people, that's more than the population of Alaska. Alright, now I'm starting to go off-topic. The Mid-State Mall had a lot of great tenants during my childhood that I'd always go to. Unfortunately, most of the good tenants from when I was a child are now gone, but now I'm here to share my memories of those tenants. Now let's get started on this article, with a timeline of the strip mall.

A poor quality photo the Mid-State Mall during its first couple of years (c. 1960) 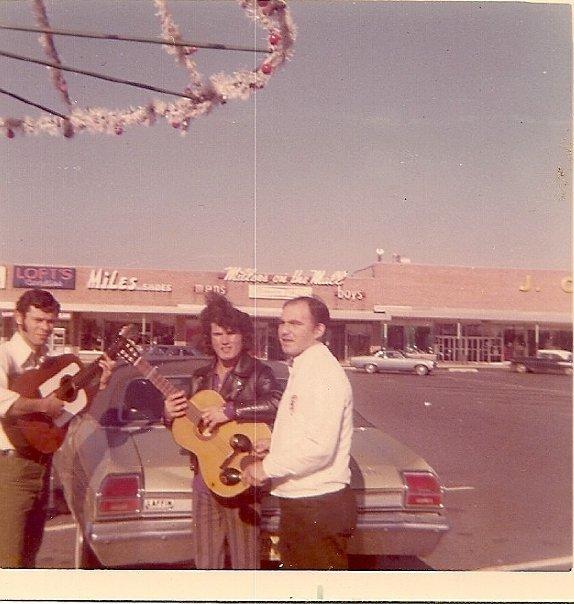 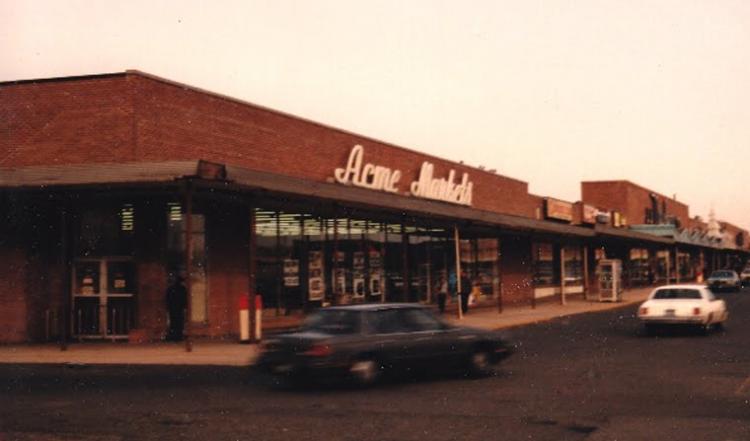 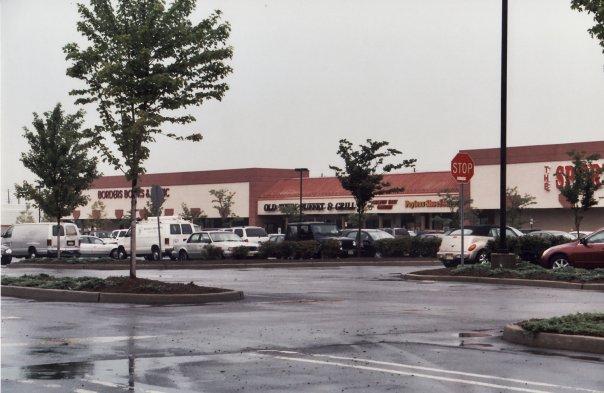 The Mid-State Mall today, well at least what it looked like a few years ago. 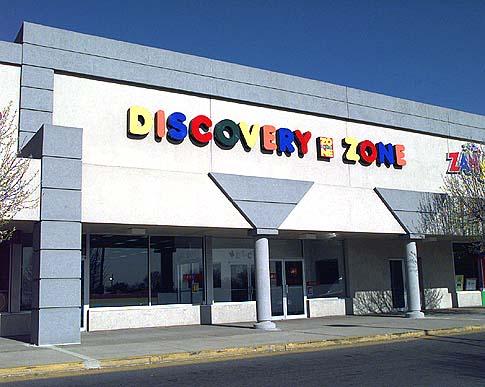 I thought I'd start at the best tenant at the Mid-State Mall ever in my opinion, Discovery Zone. Who doesn't love this place, it had about everything of a childhood's dream. A mega play area with slides, ballpits, and such, arcade games, and a diner, with kids food of course. I went there a lot as a child, and I loved being there. It was the 2nd place in the world where kids ruled (the other place being Nickelodeon Studios), and parents would sit at the tables and watch their child have the time of their lives (and get lost too, which might have lead to its bankruptcy and closure). As you can see from the picture above, that was the actual Discovery Zone I went to as a child. I last went there in March 2000, and later that year, it officially closed for good. It was transformed into this place called Lazer-Mania, which was kind of similar to Discovery Zone, but not really much of a childhood's dream. That didn't last long, and that was soon transformed into a Office Max, and currently it's a Staples. But Discovery Zone will always be my most memorable memories at the Mid-State Mall. 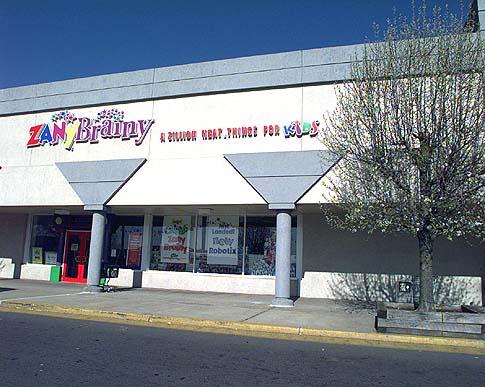 This was another favorite tenant of mine, Zany Brainy. It was a store the sold educational toys, books, videos, and "a zillion neat things for kids". I bought many stuff there, and I especially loved playing with the train set that was displayed in the store for kids to play with. For my 4th birthday, all of my presents came from that Zany Brainy store. Most of it consisted of children's books, and Barney videos. I don't actually remember buying stuff there for my 4th Birthday, the only thing I can recall getting there was a Little Bear tape. But like Discovery Zone, that store too began to be bankrupted, and it closed in 2001. It is currently a huge Best Buy store, and to tell you the truth, I actually think that the Best Buy store is better than the Zany Brainy store, even as a child I would have thought that. 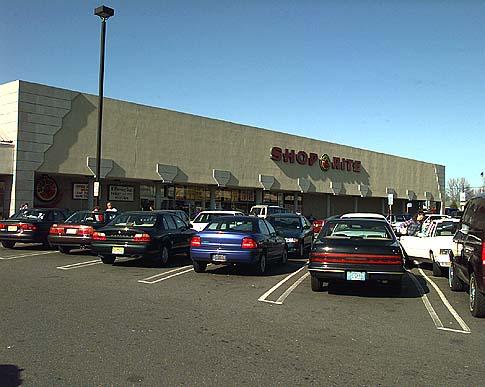 Not much to say about this, but it was just one of those many grocery stores that I went with my mother as a young child. As my mother would get the food, sometimes she'd let me have some of the food before she even pays for it. I think most mothers let their young children do that. This tenant has been at this strip mall for a very long time, and it's still there today, only that the store is now remodeled and expanded. I wish I could get a picture of what it looks like now, but I can't find a picture of it on the internet, and I have no patience of taking one myself. 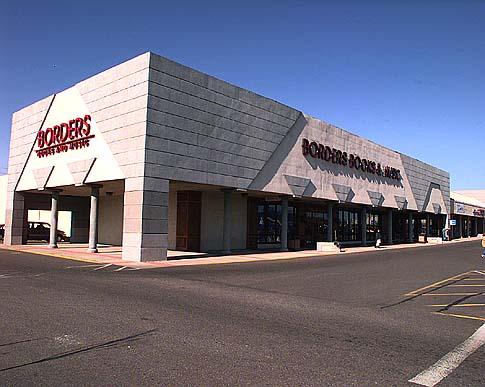 Borders was another store the I liked going to. The store was 50% books, 25% Videos, and 25% CDs. I don't remember what books I got there, they were probably I Spy books, but CDs I got there were mostly Beatle CDs, and the only DVD I remember getting there was Ferris Bueller's Day Off, because it was the last DVD I bought there. The store operated from October 1992, up until its closure on January 12, 2008. It wasn't really much of a big deal for me. I was kind of dissapointed because I liked that store, and I bought many great stuff there, but now I can just go to Barnes and Noble at the at the Brunswick Square Mall, which I have already talked about in another article. Previous tenants in that store was an Acme, and a J.C. Penny. As of now, the tenant is still abandoned, and I hope someday, they will finally put in a new retailer, and it better be a good one. 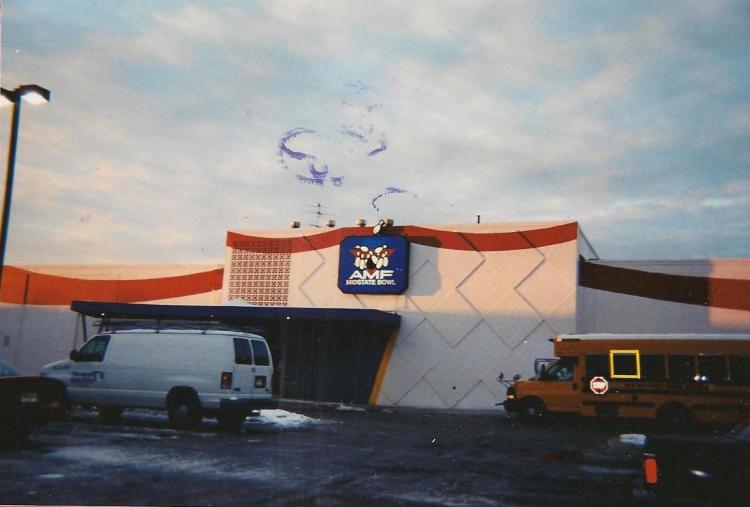 The last tenant at the Mid-State Mall I'd like to talk about is the Mid-State Bowl. Unlike all the other tenants at the strip mall, this one had its own building, and is truely, a Mid-State Mall classic. I bowled there with my family a lot during the late 90s and early 00s, and I last went there in 2004. Though the place always looked kind of messy, maybe I had gone during their downfall years. The first picture you see above was the Mid-State Bowl during its first year in operation. The picture below is the Mid-State Bowl of how it last looked before its closure in 2007, and unlike all the other pictures on this article, which most come from the internet, or from sources that can be seen mostly by people from my township, this one is a personal photo, as in this photo comes directly from me. I took that photo in 2004 for a school project. Anyways, the tenant closed in May 2007 after 48 years of operation, and it was replace with a New York Sports Club. These days when I bowl, I go to a bowling alley in North Brunswick, but I salute the Mid-State Bowl for operating a long period of time.

Today, the Mid-State Mall is still a great strip mall to go to. They still have great tenants such as Best Buy, a Chinese Buffet, Boston Market, and Gamestop (I guess). Well that's not a lot, but it's good enough. I still have my memories of their past tenants, like I explained in this article. So I guess I'm happy about that. Now let me ask you all this, what was your favorite strip mall?
19
Login To Vote!
More Articles From ethandaman24