Would you believe it? It's Part 4! Some more 1994-1995 with 1996!
By Roadgeek
On
In my last article, I talked about my dad’s convenience store, my love for 101 Dalmatians, toys, bunk bed, kindergarten, my computer, and my first trip to the beach.

In 1995, I had a lot of preparation for kindergarten. Apparently, I had some difficulty with speech. So I think it was every Tuesday and Wednesday, I had to go to Wesley Long Hospital and see a speech therapist. To tell you the truth, it wasn’t all that bad. We had fun while learning at the same time. I remember having trouble pronouncing the number 4. That actually became my favorite number for some reason. Nowadays in the present, my favorite number is now 40. Why? Look at my avatar and find out. 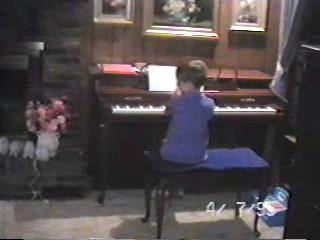 As you can see from the top picture, we had a piano. Sometime in 1994, my mom bought it. I always loved it when she played When the Saints Come Marching In. Also, I’d occasionally tickle the old ivories, as seen in the top 1995 picture. Of course, my music sounded like a stereo going through a garbage-disposal. 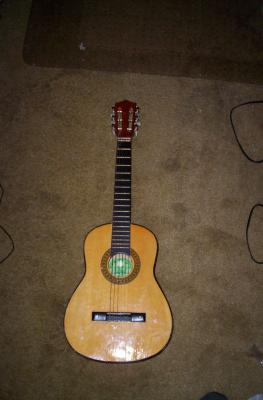 Speaking of my music, I got a real guitar for Christmas of 1994. Ha, I got the case for Christmas 1995! Anyway, I tried to play music like Peter, Paul & Mary. I wish I could find one of my old audio tapes of me somewhere so I can listen to the music of early day Roadgeek. I still have that guitar in that 2006 picture. 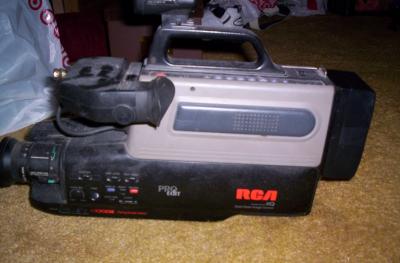 Want to know more about that camera in that picture? A lot of the pictures from my articles are screenshots from videos recorded from that video camera. From 1990-1996, we used that camera to record a lot of moments in my life. We got it from Montgomery Ward at Carolina Circle Mall in June of 1990 when I was only about 6 or 7 months old. 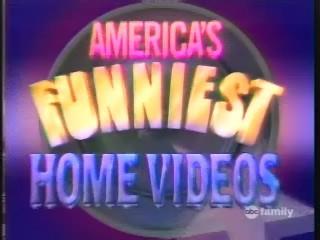 While we’re talking about home videos, there was a show that I always watched that was based on home videos that were funny. I hope everyone knows what it is. I was a big fan of America’s Funniest Home Videos with Bob Saget. I still like that show by the way.
In this era, I was a fan of another great show called Garfield and Friends. Back then, I didn’t even know he was a comic strip. I thought he was only on TV.

Alright, let’s talk more about food and drinks. We covered food, so let’s go to drinks. Now, every night before I went to bed, I always had to have my strawberry milk in a bottle, even though I was 4-5 years old. I would get mad if we were out of strawberry milk. Also, this was in 1994-1995 when it was still called Nestle Quik and not the ridiculous Nesquik. During the day, I drank a variety of drinks. My favorite (Still is today) was sweet-tea. Hey, I’m from the South. This was the good-old days before Mountain Dew Code Red, Sierra Mist, Vault, and lime in the Coke you nut (However it goes). 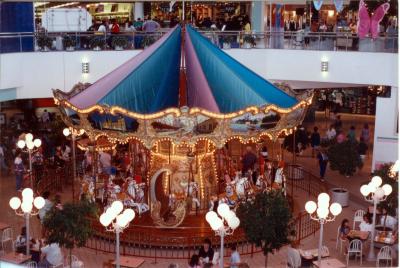 Beginning in 1994, I was a big fan of Thomas the Tank Engine. And starting in kindergarten, I’d get a Thomas toy everyday after school. My dad would take me to the Toys ‘R’ Us across from Carolina Circle Mall and get something. I’ve still got them somewhere.

Like I said in my last article, we got a Windows 95 computer in December of 1995. Well sometime in early 1996, my dad bought a CD-Rom game called Earthworm Jim. Wow. That was one awesome game. It was easy and fun at the same time. There’s one thing I can say about that game. It was groovy!

And finally, I’d l like to make a dedication. I’d like to dedicate all of my articles and very possible future articles, to the best decade ever called the 1990’s. The 1990’s brought us many things that you just can’t find in the 2000’s. From Steve Urkle, Home Alone, Nintendo, Ring Pops, Carolina Circle Mall, and more, the ‘90s brought us a beautiful day each day. We will never forget that decade!

As a little bonus, you can take a peak at my past by listening to a sample of Puff (The Magic Dragon) by Peter, Paul & Mary. It’s in “.ogg” format (Whatever that means). Go to this address: http://upload.wikimedia.org/wikipedia/en/e/ea/Puff.ogg
4
Login To Vote!
More Articles From Roadgeek

6
Quote O' Matic
Brain and Pinky: ":B: Now we must liberate their ill gotten booty. :P: Won't that tickle? -Brain and Pinky"
Added By: System
Pinky and the Brain
An unhandled error has occurred. Reload Dismiss