Hang Time is basically just another teen coming-of-age sitcom. The twist here is, however, that it focuses on a boys basketball team with one female team member. The show is generically the same as the rest - same jokes, same gags, same characters, touches on the same issues - but it is one of the best of the genre. In fact, the series was continuosly the highest rated Saturday morning series on NBC's teen line-up.

Quotes
julie & michael: "Julie: hi im julie Michael: your julie connor. you broke my nose at basketball camp last summer Julie:oh, sorry Michael:its okay our team won by two foul shots -julie & michael"
danny & michael: "Danny: And who are we playing? the desks? Michael: yes Danny: Well, then ill stay all over my guy -danny & michael"
vince & danny: "Vince: Purple Pebble. Come in purple pebble. Danny: I told you if i have to be purple pebble im not playing -vince & danny"
danny vince & julie: "Danny: hey isnt he the guy that scored 42 points on you at camp? Vince: no, it was only 40. Julie fouled him for the last two. Julie: -danny vince & julie"
Coach Fuller: "are we all bonded? does anyone need a kleenex? i know im about to cry -Coach Fuller"
Julie & Danny: "Julie: Lets make this the best season ever (they run into each other and fall down) Danny:Now that we practiced falling lets try layups -Julie & Danny"
Are you sure you want to delete this tv show?
Locate The Duplicate Entry For Hang Time 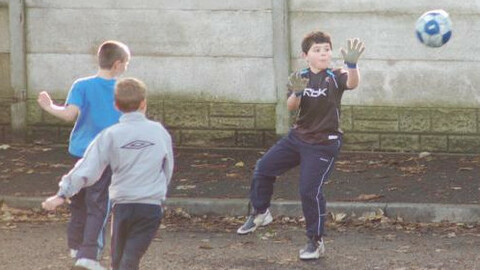 23
MissALibra86
Antiquing with Mom
I used to go antiquing all the time. I relive my antiquing memories during Spring Break.
More Articles
Related Commercials