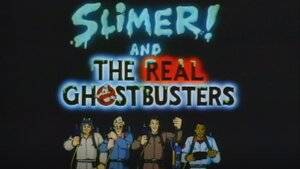 This is a spin-off from "The Real Ghostbusters." A lot of the episodes are the same as its ancestor, but Slimer becomes a more major character, and a new character, Manx, is added to the show. Also, Janine becomes more active in later seasons.