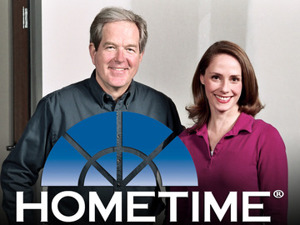 Hometime is a how-to show on PBS demonstrating both do-it-yourself and contractor preformed projects ranging from simple weekend projects to the building or remodeling of entire houses. The show has always been hosted by contractor Dean Johnson who had a series of co-hosts throughout the show's run, Peggy Knapp from 1986 to 1987, JoAnne(JoJo) Liebeler from 1987 to 1992, Susanne Egli from 1992 to 1993, Robin Hartl from 1993 to 2005, and Miriam Johnson from 2005 to the end of the show's run in 2016. Despite the same last name, Dean and Miriam are not related to each other.