(Info by Wikipedia.) As Told By Ginger is an American animated series that premiered on Nickelodeon in October 2000. The show focuses on Ginger Foutley and her adventures at Lucky Jr. High, as she records them in her diary. The series was noted for its story lines, character development, and the fact that the characters change outfits each time a new day comes. In the United States, about half the episodes of the third and final season remain unaired. Also, a hand full of episodes that were once available through reruns have been taken out of the rotation. This came as a disappointment to fans during its initial run. As Told By Ginger can be seen currently on Nicktoons Network Sunday and Monday morning at 3:00 am (Eastern), and in Canada on YTV.

This is the opening of As Told By Ginger.

The audio is in higher quality
Credits 41
Quote O' Matic
Margaret White: "Don't you know I can see your sin as surely as God can? -Margaret White"
Carrie 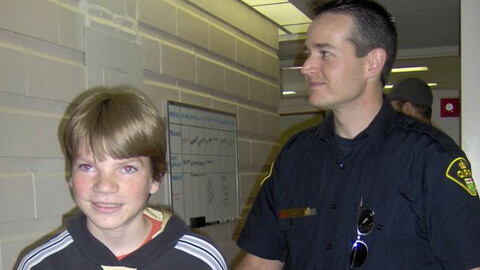 36
Damos
Getting in TROUBLE!
My first real introduction to punishment.