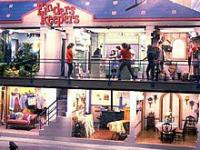 A Nickelodeon game show where children would run through a house and find hidden objects. The game was divided up into two rounds each with two halves for two teams. In the first half, the "Hidden Pictures" round, the contestants had to find objects (by circling it, Via the video writing pen) hidden in a picture with hints given by the host. Each correctly identified object won the contestants the ability to search one room of the house. In the second half, The House, contestants had to search a large house with rooms ranging from totally normal rooms to really bizarre rooms, for a specific object. Each room would have a distraction for the contestants such as a rain of ping pong balls or a wall of shelves collapsing. In the end, the winning team participated in the Room-to-Room Romp, where they had to find six objects in six rooms.

13
Quote O' Matic
Dante & Veronica & Customer: "Dante: how many, how many dicks have you sucked? Veronica: something like 36? Dante: 37, is that including me? Veronica: ummm 37? Dante: 37 my girlfriend sucked 37 dicks. Customer: In a row? -Dante & Veronica & Customer"
Added By: System
Clerks
Related Articles
-7
Retro4Everybody
Nick GAS:About The Channel
This Article Tells About Nick GAS 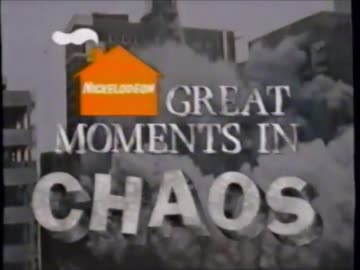 Finders Keepers on Nickelodeon in Great Moments in Chaos

Finders Keepers on Nickelodeon in Trouble But Not