Raw Toonage was a half-hour show airing on NBC Saturday mornings featuring a Disney classic character as the host (ex. Goofy) and three cartoon shorts: "He's Bonkers" featuring Bonkers D. Bobcat with Jitters A. Dog and Fawn Deer, "Marsupilami" featuring Marsupilami and Maurice the gorila, and "Totally Tasteless Videos" featuring a new short each episode (ex. Badly Animated Man, Ep 11 Nov. 28 1992). The show was canceled after only 12 episodes due to poor ratings. No video releases are known to ever have existed. Reruns of the show aired on The Disney Channel (1995-1998), Then later on Toon Disney (1998-2009). It was taken off the air in 2009 when Toon Disney was changed to Disney XD. 3 Years later, It was reran on Disney Junior from 2012-2015. The show is set to rerun on Disney+ in 2019. International airings of the show: Canada: CityTV Mexico: ? Peru: ATV Brazil: ? UK: GMTV Germany: Super RTL

The opening to episode 11 of Raw Toonage (as aired on Disney Plus).

From episode 11 (Marsupilami and Maurice as host).

Taken from Disney Plus.

Aired on The Disney Channel in late 1993. During the Quackertown era. The a... 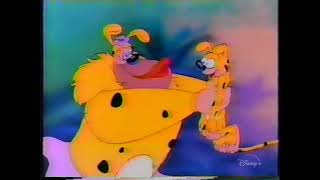 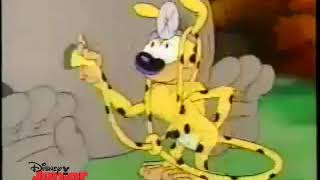 37
dalmatianlover
The Disney Afternoon
Fond memories for children of the 90's.
Related Commercials 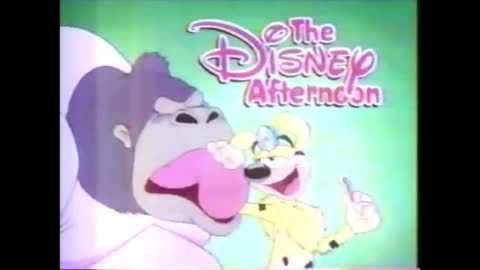 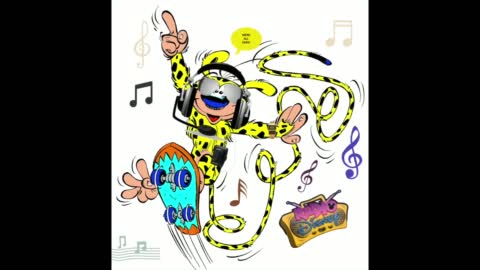 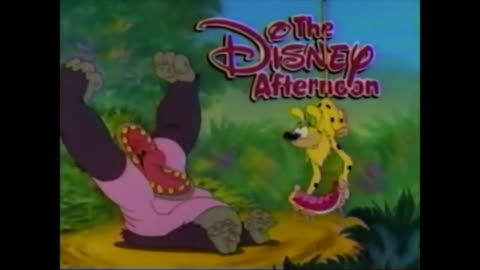