Dark Night of the Scarecrow

Charles Elliot "Bubba" Ritter (Larry Drake), a huge man with the mind and soul of a child, befriends young Marylee Williams, (Tonya Crowe, who later played Olivia Cunningham in Knots Landing). The townspeople are upset by the friendship between Marylee and Bubba, and the brooding, mean-spirited postman Otis Hazelrigg (Charles Durning) is the worst. When Marylee is almost killed by a vicious dog (Bubba saves her) and lies unconscious at a doctor's office, Otis promptly assumes that Bubba has murdered (and likely raped) her. Otis and three friends - gas station attendant Skeeter Norris and farmer-cousins Philby and Harless Hocker - form a lynch mob. They chase Bubba to his mother (Jocelyn Brando)'s house. She believes her son and they play "the Hiding Game": disguising Bubba as a scarecrow and posting him in a nearby field to wait for the drama to cool down. Otis' bloodhounds sniff Bubba out, however, and all four vigilantes empty multiple rounds from their guns into him, killing him. Afterwards, they discover that Marylee is in fact alive, thanks to Bubba, whom they have just murdered. Acting fast, Otis places a pitchfork in Bubba's lifeless hands to make it appear as if he were attacking them with a weapon. In court, Otis and his fellow vigilantes swear they acted in self-defense. Bubba's mother denounces her son's killers before the courtroom, only to be ejected by the bailiff. Sam Willock, the local district attorney, doesn't believe the vigilantes' story but he can't make the murder case stick due to a lack of witnesses. The vigilantes go free, but Sam calls after them: "If I ever find one witness, or a single shred of evidence, I'll see you all on Death Row." A day later, Harless finds a scarecrow in his fields like the one Bubba was hidden in. Neither Harless nor his wife can figure out how it got there as neither of them placed it. That evening, the scarecrow disappears and Harless hears noises coming from his barn, which seems to be empty. Yet his mulch thrasher is running. At first, Harless believes Sam has invited himself over, but instead he is thrown from the upper level of the barn into the mulcher. Skeeter and Philby inform Otis of Harless's mysterious death. The trio investigate, and find the thrasher is no longer operational. Otis figures it must have run out of gas, but when its tank proves to be nearly full, he jumps to another conclusion. The next morning, he visits Mrs. Ritter and accuses her of killing his friend, although he can't prove anything. She denies the charges, but says that all four of them will get their just desserts promptly enough. When Philby discovers a scarecrow like the one Bubba was dressed as in his field, Otis acts fast. He breaks into Mrs. Ritter's house and grabs her from behind, demanding that she explain what's going on with the scarecrows. But she can't tell him anything because he has accidentally killed her with his chokehold. To cover his tracks, Otis turns Mrs. Ritter's gas stove on full, then walks out with the fireplace still running. The house explodes, again leaving nothing for Sam to use against Otis. That night at his farm, Philby notices that the "Bubba" scarecrow (whom the viewer cannot see) in his field has gotten off its field-post, and is walking toward him. Panicking, Philby locks himself in a grain silo. The scarecrow jams the silo door, trapping Philby inside, and then turns on the conveyer belt feeding into the silo. Philby is buried in grain and perishes. Skeeter is ready to turn himself in rather than face the scarecrow's wrath. Yet Otis remains convinced that it's all a hoax by somebody seeking to avenge the Ritter murders. To verify said theory, Otis and Skeeter break into the local cemetery that night. They dig up Bubba's coffin and open it. Bubba is inside. Otis has to wrestle Skeeter to stop him from fleeing in terror. They agree to fill the grave back in and forget any of this ever happened. But as Skeeter is nailing the coffin shut again, Otis kills him from behind by striking his head with a shovel. Otis re-buries both corpses and then drives off, back towards town. En route home, Otis finds Marylee alone at roadside, and chases her into a pumpkin patch. He grabs Marylee and accuses her of masterminding the scarecrow murders. A combination payloader/plowing machine starts up nearby and chases Otis through the pumpkin patch, snapping its shovel and turning pumpkins to pulp. As he flees, Otis accidentally runs into the Bubba-Scarecrow, still holding the pitchfork, on which Otis has just impaled himself. Otis sinks to his knees and points at the Scarecrow, who nods, before keeling over dead. The scarecrow walks off through the pumpkin patch and finds Marylee, to whom he hands a flower. She says, "Thank you, Bubba. Tomorrow, I'll teach you a new game. It's called the Chasing Game. It's fun. You'll love it." 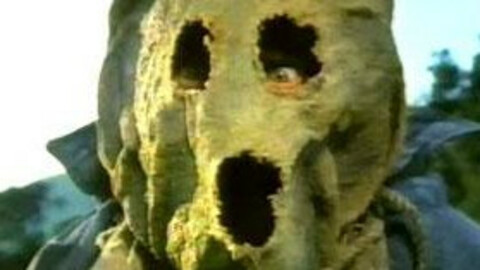 21
Angelmessenger1980
Dark Night Of The Scarecrow
One of the most underrated holiday movies of all time? 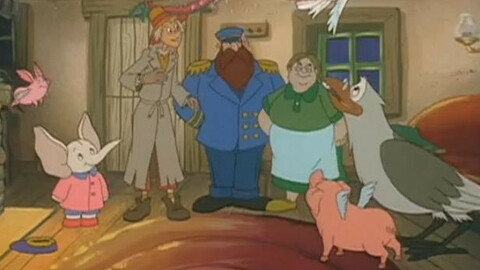 11
TVfan94
The Magic of Mumfie
A underrated classic I remember.