Scary Nostalgic Moments
By 92DreamMaster
On
I know this kind of article tends to be personal, like what I saw that scared ME when I was little. I'm trying to make this personal idea of nostalgic fear universal or at least relatable.

Also note, these range from anything to anything and are in no particular order. There are some kid's movie moments and horror movies I shouldn't have watched on here. I will have honorable mentions too by the way. So, here goes! 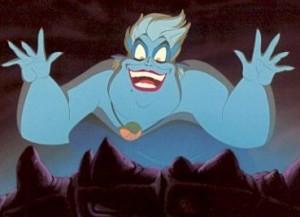 This just may be the silliest thing on this list! I saw this movie for the first time when I was 3 or 4. I walked out during the wedding scene when Ursula reveals herself after turning into a beautiful woman and trying to marry Eric. Also, everyone turning into seaweed made me sad. I guess to make it simple, I got scared of Ursula.
(I didn't watch it again until sometime in middle school because I simply never got around to it after I was done avoiding it.)

Gremlins (1984)
(Broken YouTube Link Removed)
I tried watching this movie a few times throughout my youth. It took me a long time, with a few year hiatus to finish it. What drew me to it was that Gizmo is cute and cuddly. What turned me off was the various scenes where someone, human or gremlin died messily. Come on, we all remember the semi-infamous kitchen scene!
(Now, that I finally watched the whole thing it's one of my favorite movies!)

Goosebumps books and TV series (all through the '90s) 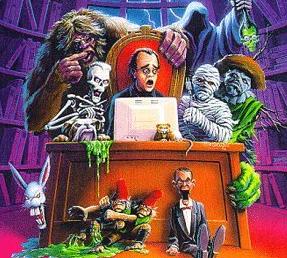 I read a few of the books, they didn't bother me too much but there were a few that just seeing the cover really scared me. The scariest ones at the time were any Night of the Living Dummy ones, Cuddles the Horrible Hampster, Don't Go to Sleep, and the Scarecrow Walks at Midnight. I didn't dare read any of those ones.
The TV episodes that scared me most were Night of the Living Dummy and Revenge of the Lawn Gnomes.
(I tried getting into the series, but was never too too interested. Besides that, if you want a good horror show on a kid's channel Nickelodeon's "Are You Afraid of the Dark?" is much better) 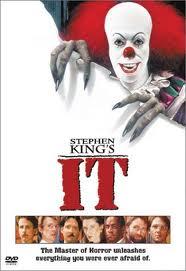 Here's the main reason why I'm scared of clowns. When I was about 7 my sister's friend who loved horror movies told us ALL about this movie. We got scared right then. My dad attempted to help our curiosities by showing us a picture of It. We both wished he didn't do that. About a year or so later, after I thought I was over it I was channel flipping. I think you can guess what I accidentally found.
(I've never watched this whole movie. I wouldn't particularly stop someone if they wanted me to. I don't like 3 hour long movies especially ones with CLOWNS.)

I was never a huge fan of the premise of this movie. I also wasn't scared by the whole thing. What got me when I was little, that still gets me now is Pleasure Island. I've never liked this movie because it just scared me and made me really sad when all the boys turned into donkeys and became slaves. It's actually a convincing PSA for anti smoking and drinking but it's also considered one of the most disturbing Disney moments ever.
(I give this movie credit where credit's due. I've watched the whole thing before but Pleasure Island will never fail to bother me) 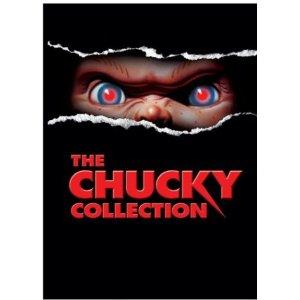 When I was about 9 I got an American Girl Doll. Later that month I was at my aunt's house. We were watching another movie and as I had my doll who was made to look like me right next to me, a preview for one of the movies in this series came on. I know that my doll didn't look like Chucky but it was the idea that scared me. Later, I went to a friend's house and noticed her dad was watching it. I saw parts of it and of course got even more scared. I "outgrew" my doll that I felt bad not playing with really fast and gave her to my nieces about three years later. That movie is why I'm scared of dolls.
(I know this movie won't be so bad if I just watch it. I'm too chicken because of the silly phobia regarding it. I love horror movies, except for that one.)
Are You Afraid of the Dark? (1990-2000)

This nightmare fuel was on Nickelodeon just about every night. I'd watch it with my sister who would get scared too. The scariest part, that still will always scare me is the intro. It never helped that in the '90s my bedroom looked very similar to the room in the intro. Besides that, the Tale of Dead Man's Float, the Tale of the Dark Music, and the Tale of the Crimson Clown were the scariest episodes for me. Also, some of the promos for this show were scary too. I haven't been able to find any on YouTube or anywhere or I would show and discuss them.
(I love this series, I really do. The intro just gets me every time and I skip it if I can.)

This is considered not only one of the best animated films of all time, also the saddest. Yes, I'm talking about Mufasa's on screen death scene. This made me sad when I was little, especially when Simba tries to wake him up and has a very realistic and understandable breakdown. When I got a little older the whole thing made me cry.
(After a few years of having to skip that scene I'm proud of myself that I don't have to anymore. I think it's needed in this powerful and amazing movie.) 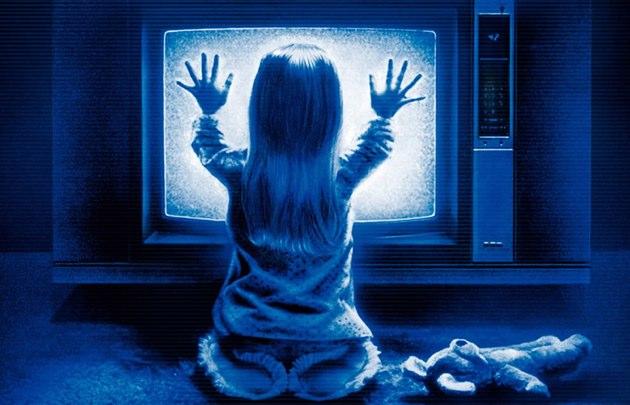 I think we all know about the clown, the face ripping off, and the general idea. The clown will never fail to scare me because I have a phobia of clowns and dolls. This isn't on the list because I didn't see this movie until recently.

Anyone who knows this movie would know what I'm talking about here, Judge Doom. I'm more especially talking about when he reveals himself besides when he dips the innocent red shoe. I'm truly glad I didn't see this movie until recently. Besides that I don't consider it a kid's movie, Judge Doom would've definitely scared me.

So there you go! I hope I didn't forget anything here and I hope you liked it.
19
Login To Vote!
More Articles From 92DreamMaster