The TV shows people should remember more.
By 92DreamMaster
On 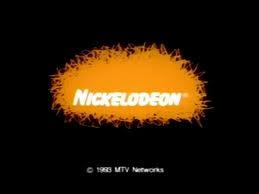 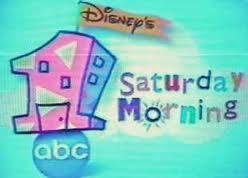 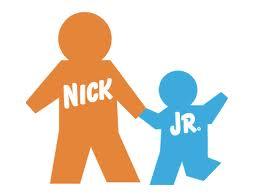 I know the logos above are mostly '90s but everyone seems to know them. Cartoons are something everyone seems to love. They're part of everyone's childhood. Every Saturday morning or after school we'd all watch them. Everyone grew up on shows like Looney Toons, Tom and Jerry, or Popeye. Those are classics from before our time that will never die. Then more specifically to the semi-modern but still retro era, there's always Scooby-Doo, Inspector Gadget, Rugrats, and so much else. With the classics in mind, these are the easily forgotten gems of our childhood. The list is in order by year.

This concept has been done before. This was basically the Rugrats of the '80s. The idea for this came from a scene in the Muppets Take Manhattan (1984) where Miss Piggy imagines what it would have been like to know Kermit as a baby. The premise of every episode was the muppets, as babies were always at the same daycare center. There was no mention of their parents and they were watched by Nanny. Her face was never shown and she seemed to be only a pair of striped stockings and shoes. The whole episodes were mostly based off of the babies' imaginations. It was truly creative and always entertaining. Also, here's the scene from the Muppets Take Manhattan that inspired this TV show.
(Broken YouTube Link Removed)

Rude Dog and the Dweebs (1989)
(Broken YouTube Link Removed)
This is probably the most short lived cartoon series ever. This was an American cartoon based off of a the Sun Sportswear clothing line. There was only one season with 13 episodes in it. The animation is abstract and colorful. The main character, Rude Dog is almost a gang-leader of a bunch of mutts. The storyline isn't the most creative thing ever but this show wasn't cancelled due to unpopularity. It was cancelled because there was a Bud Light advertising campaign at the same time which featured a bull terrier who looked similar to Rude Dog. This created a controversy and the show was cancelled after 13 episodes.

Beetle Juice (animated series 1989-1991)
Being an animated spin-off of a movie that wasn't for kids, this show was given low expectations. The quirky atmosphere and interesting characters allow it to exceed the expectations put on an animated spin-off. The only characters from the movie are Lydia, Beetle Juice (obviously), the sandworm, and sometimes Delia and Charles. The main premise was changed to simply being Lydia's adventures with Beetle Juice mostly in the niether world, where he lives. The reason why it was so short lived is pretty obvious judging by how weird the movie was. Anything based off of anything like it that works well would have to be just as delightfully weird.

Bobby's World (1990-1998)
(Broken YouTube Link Removed)
Here's a show that runs off of one of the most abstract things ever, a little kid's imagination. This show is basically all about four-year-old Bobby's life and anything interesting that he can think of. The creator, Howie Mandel would also make live action appearances before or after each episode. Sometimes he'd talk to Bobby himself in his appearances. This makes more sense because Bobby was almost entirely based on his younger self and was also voiced by him. Besides the quirky orgin this show has beautifully abstract animation.

Here's a show that was always entertaining in it's own quirky way. It had a premise very similar to Hey Arnold. I mean that in the sense of it simply being about the life of the main character. Every episode was different and it depended on how interesting the main characters were. The main character, Pepper Ann is just another middle school girl who's trying to find herself and has interesting friends, problems with school and parents. It's just a basic show to say the least. Either way it was always entertaining and it pulled off the basic plot line very well. In the intro she always finds something new under her desk everytime.

Angela Anaconda (1999-2002)
(Broken YouTube Link Removed)
I know it's just barely retro but 1999 is still part of the '90s. This show was made with cut out animation and was well known for it's adult humor. Angela and her friends, Gina Lash, Gordy Reinhardt, and Jonny Abboti were always the less popular types and they hated the popular, preppy people like Nanette who gave them trouble. The characters in this show are almost all stereotypes but it's always entertaining. This show was cancelled for semi-obvious reasons. It would'ave been better if it was an adult show instead of a kid's show.

So here they are. I hope I brought nostalgic joy to someone here. I wish I could have another Saturday morning watching some of these. A bowl of waffle crisp would be nice too.
28
Login To Vote!
More Articles From 92DreamMaster

41
Quote O' Matic
Augustus: "Is there anybody in this room who hasn't slept with my daughter?!"
I, Claudius