A underrated classic I remember.
By TVfan94
On
NOTE: This is my first article, so don't complain if there's too much pictures or I didn't talked a lot about the show. 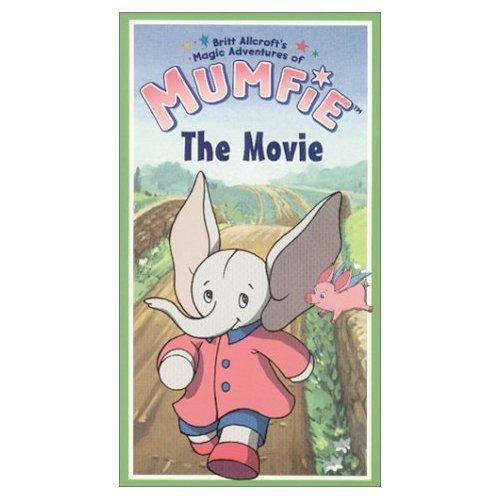 If you're a kid born at the beginning or during the 90s, you possibly might have heard of the show called "The Magic Adventures of Mumfie". If you don't who is, or what is he , then I'll tell a bit of history about this elephant. 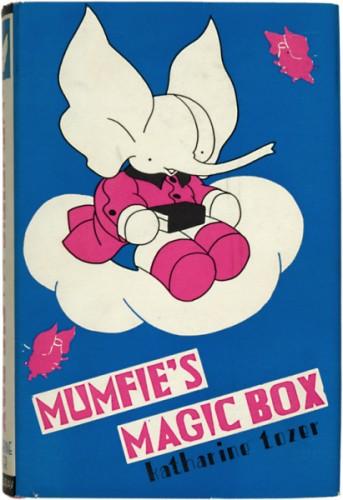 Mumfie was originally based from the books by Katherine Tozer in England at 1936, 3 years before the beginning of War World II. The books were very popular over in Britain at the time and was remembered by many children.

Then, around 1975, ITV aired his first TV show named "Here Comes Mumfie" He "Here Comes Mumfie", which tells the story of Mumfie the elephant who was put into Tommy's stocking by Father Christmas, or Santa Claus. On Christmas morning he realizes that Father Christmas forgot to put his best friend Scarecrow in Tommy's stocking so he decides to go and find him, and that, as Mumfie said, was 'the start of many great adventures'. 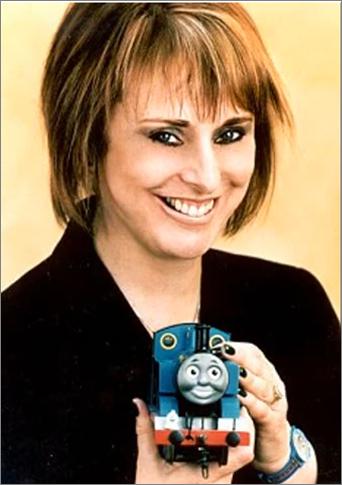 Then, later in the 90s, a woman named Britt Allcroft got the rights of the book series and decides to make a cartoon based on the adventurous fellow. Because of her success with her two other shows at the time, it was no wonder this would be something she'll never regret. Unlike Thomas, this was something she remembered as a little girl in Britain. The show she made was "Britt Allcroft's Magic Adventures of Mumfie", which aired in 1994(which was the year I was born) in UK's ITV and FOX Kids in the US. It was interesting that it aired on FOX Kids before, and there were other shows I like that aired at that time, like Animaniacs and The Magic School Bus, but let's get focused on the show.


The Summary: The show is about a little elephant named Mumfie, who is kind, courageous, and always like having adventures. He has friends, namely Scarecrow and Pinkey. Together, they go out and adventures and have a great time. Along the way, they met some old and new friends in their journeys. 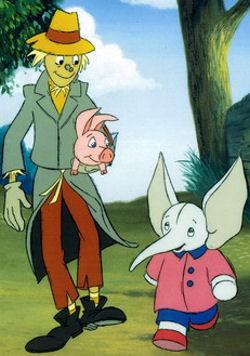 Characters:
The main character of the show is the title character, Mumfie. He is a small elephant, but has a very big heart inside him. He was very lonely and had no family. He decides to go on an adventure and this is where he starts meeting his best friend Scarecrow. He has a kind personalty, and he is mostly happy. He never tells lies and he's brave whenever he is on a journey by himself or with his friends.

Scarecrow is Mumfie's best friend in the show. He is kinda nervous sometimes, but he is also friendly and sometimes a bit grumpy at times. Mumfie first met him when he was all alone at a field until Mumfie noticed him. When the farm closed down, he was forgotten and crows kept bothering him. When Mumfie taught him how to walk again, they began their adventure and became best buddies ever since.

Pinkey is Mumfie and Scarecrow's friend as well in the show. He is a little piglet with wings and he can fly. He first met the two when he was alone and sad one time because he left his mother at their home island. However, at the end, he was reunited with her after he and his friends saved the island. He is kinda like Piglet from "Winnie the Pooh" because they're pigs and they have the same personalty. 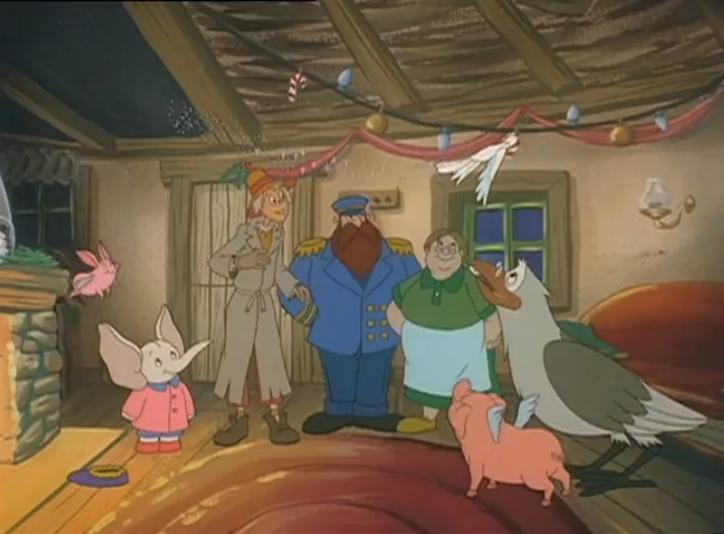 There were other characters in the show like Napoleon, Whale, Eel, Captain Davy Jones, The Admirals, and many others! 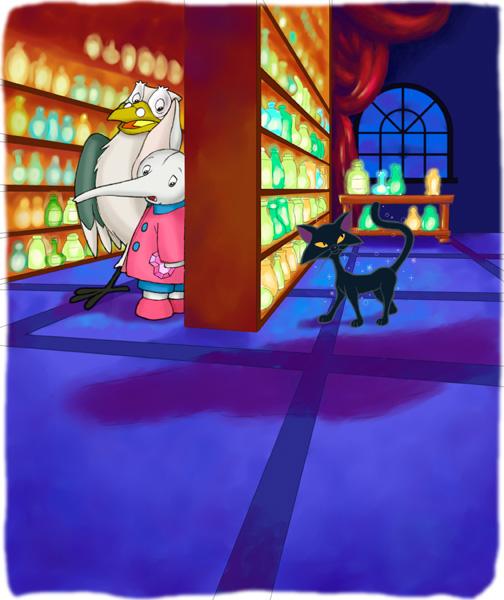 There was also a cat simply named The Cat. She is a black cat and she is often as a friend to Mumfie, though he thinks she's a troublemaker at times. Whenever she's with Mumfie, she often gives him advice, which Mumfie doesn't know sometimes if it's good or not. She is owned by the Queen of Night, which I'll explained later in this article. The Cat is kinda like a cross between the Cheshire Cat from "Alice in Wonderland" and Salem from "Sabrina".

My thoughts:
I thought the show was great to me and it's one of my favorite shows as a kid. I first saw the show when I was Shining Time Station and The All-New Captain Kangaroo at Fox Family, which was before it turned into ABC Family with all the teen shows nowadays about teen pregancy.
Anyway, back to the show. The show held very special in my heart. In fact, many of the shows I watched before and now are all special because they have something.

Animaniacs and CN's new cartoon The Mr. Men Show are special because they have that classic retro cartoon humor that most cartoons don't have nowadays(Mr. Men Show is the only new show I like in CN now). Thomas & Friends and Shining Time Station are special because it's about trains and learning lessons, and there's many others I can't think of.

There were a lot of episodes of Mumfie, but I can't remember any of them, except for one episode I remember before as a kid Fox Family removed the show. 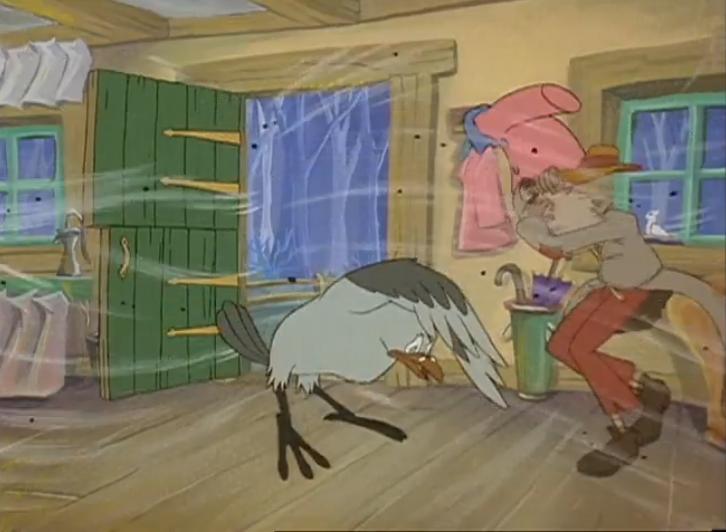 In the episode I remember, Mumfie and Scarecrow were doing yard work when all of a sudden, a big gust of wind blew Scarecrow's hat away and he couldn't find it. So, Mumfie and his friends decided to help him by finding another hat for him, but he didn't think they're special to him. Luckily, they found his original hat when it was stuck on top of a chimney and was blocking and producing black smoke in Mumfie's cottage. 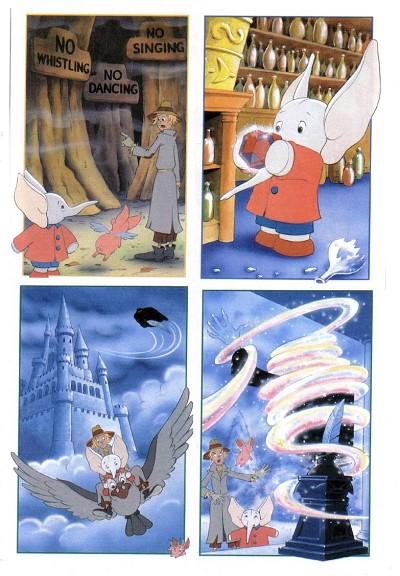 There was, of course, a movie which came out in 1996. It was set around when Mumfie was starting his big adventure, which this is the beginning of how the series started out. The plot involves Mumfie and his friends were setting out to find Pinkey's mother at their home island, but that's only the beginning. When they got there, they discover how gloomy it was and they were separated when Mumfie got stuck in one of the trees. Mumfie founded Pinkey's mother, but she was in a cell and can't get out. 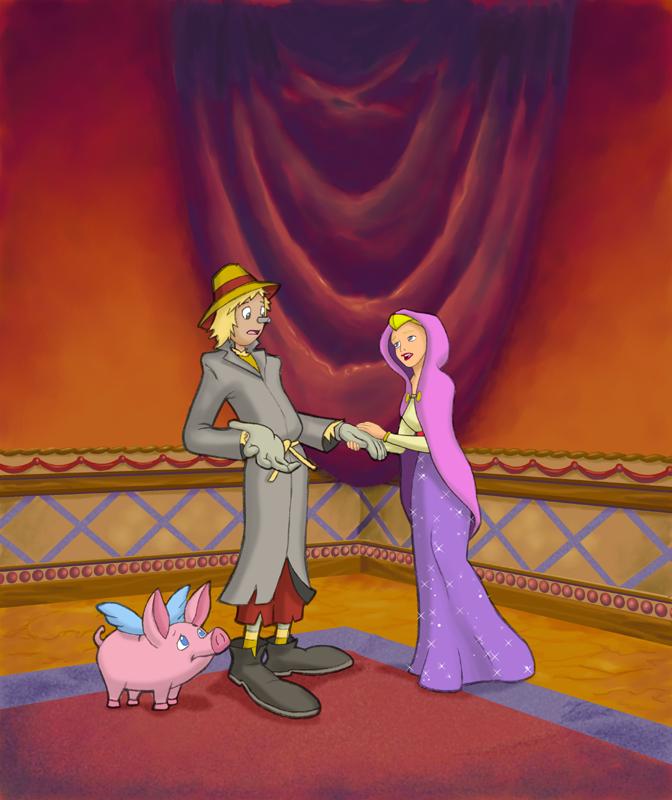 Meanwhile, Pinkey and Scarecrow met a woman named the Queen of Night. She was the ruler of island when it gets dark, but her secretary had control over power and made the whole island gloomy. Back to Mumfie, he meets Bristle, a guarding to the antagonist, the Secretary of Night, and Napoleon.

There's a whole lot of other stuff going on, like they have to find and rescue Mrs. Admiral's husband, meeting a band of pirates, and a whole lot of stuff going on. At the end, the Secretary was turned into stone, everything is back to normal, Davy Jones turned good, and Mumfie met a lot of friends.

The only problems I have of the show is that not many people know about it. Maybe because at that time, everyone was into Pokemon and Power Rangers. Another thing that bothered me was that there's no DVDs on the show, like how Shining Time Station is suffering the same way.

Recently, Britt got the rights of the show back from Hit Entertainment. If it ever airs again, I say Qubo because it's a good channel and they're playing other 90's shows like Theodore Tugboat and Babar.

Overall, the show was awesome and I hope you founded this review good to read and enjoy. If you're a fan of Britt Allcroft's work or you're into 90's shows, I say check it out! :)

12
Quote O' Matic
Art Wiengartner: "I can see the news report now - they were a quiet family, kept pretty much to themselves. No one ever would have suspected them of foul play."
The Burbs