When a young Inuit hunter needlessly kills a bear, he is magically changed into a bear himself as punishment with a talkative cub being his only guide to changing back. Trivia: Brother Bear is the first feature since The Horse Whisperer, and the first animated film ever, to change aspect ratio during the course of the film. Using a trick similar to that in The Horse Whisperer, this film shifts from a 1.75:1 aspect ratio to the CinemaScope ratio of 2.35:1 after Kenai is transformed into a bear. The original theatrical release was printed on anamorphic film, which has the first twenty-four minutes of the film pillar boxed at 1.75:1 within the 2.35:1 frame).

This is yet another trailer for the movie. Quotes
Old Denahi (opening prologue narration): "This is a story from long ago, when the great mammoths still roamed our lands. It's the story of my two brothers and me. When the three of us were young, we were taught that the world is full of magic. The source of this magic is the ever-changing lights that dance across the sky. The shaman woman of our village told us that these lights are the spirits of our ancestors, and that they have the power to make changes in our world. Small things become BIG. Winter turns into Spring. One thing always"
Added By: timbox129reloaded
Are you sure you want to delete this quote?
Are you sure you want to delete this movie?

0
Quote O' Matic
Eddie: "Relax Raven. My brother he says he hates me all the time."
Raven: "Eddie, your brother is only two. All he can say is "I hate you" and "I have poopy in my pants.""
Added By: System
That's So Raven
Related Articles 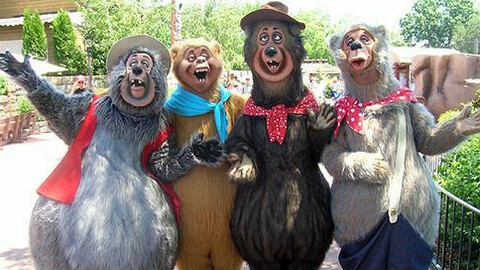