Bounty hunter Jack Walsh (Robert Deniro) has been assigned to a midnight run (a bounty hunting term meaning "a piece of cake"), his latest quarry is Jonathan Mardukas (Charles Grodin) a.k.a. The Duke. Mardukas is on the run for embezzling almost millions of dollars from the Mob and Walsh has been sent to bring Mardukas from New York to Chicago to Los Angeles. But when the Mob wants Mardukas dead, the FBI wants to arrest him,and Walsh's bounty hunting rival, Marvin Dorfler (John Ashton) wants to bring him in just for the money, chaos ensues in this fast-paced comedy/action-thriller/road movie/buddy movie that spawned the 3 made-for-TV sequels: Another Midnight Run, Midnight Runaround, & Midnight Run For Your Life, all starring Chris MacDonald (Shooter McGavin in "Happy Gilmore") in the role of Jack Walsh.

This is the theatrical trailer without watermarks or the Movie-List logo.

This is the making-of featurette for the movie.

This ad for a syndicated airing of the movie was originally posted to YouTu...

This extended theatrical trailer was originally posted to YouTube by spaman...
Posters Quotes
Jack Walsh: "Serrano's got the disks, Serrano's got the disks!"
Jack Walsh: "Are you gonna propose?"
Joey: "Propose?"
Jack Walsh: "Yes, propose. Because if not, quit staring at me OK?"
Airline Pilot: "Can I help you guys?"
Agent Mosley: "I'm Special Agent Mosley."
Airline Pilot: "Mosley? Are all of you guys named Mosley?"
Jack Walsh (repeated line): "MARVIN, MARVIN, LOOK OUT!!!!"
Marvin: "Give me a one-way ticket to L.A."
Ticket Agent: "Will that be smoking or non-smoking?"
Marvin (while blowing cigarette smoke): "Take a wild guess."
Jonathan Mardukis: "You're a grown man. You have control of your own words."
Jack Walsh: "You're darn right I do. So I've got two words for you"
Agent Mosley: "Where's Jack Walsh?"
Train Porter: "He got off about two or three stops ago. His real name is Mosley."
Agent Mosley (yelling): "I'M MOSLEY!!!!!"
Jonathan Mardukas: "How come you have not seen your ex-wife and daughter in nine years?"
Jack Walsh: "Just to get you off my back, she married a police lieutenant and I'm not very popular with the Chicago police."
Jonathan Mardukas: "Why aren't you popular with the Chicago police?"
Jack Walsh: "What do we, know each other?"
Are you sure you want to delete this movie?
Locate The Duplicate Entry For Midnight Run 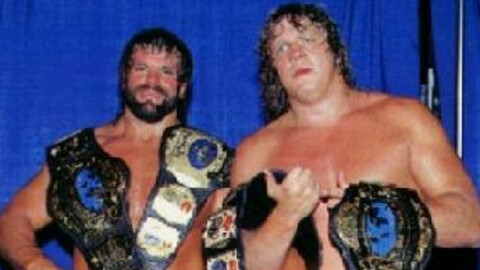 34
mickeyarber
How I Spent My Childhood #2
Random Toys From The 80's!!!
More Articles
Related Commercials