Oliver Is Befriended By Dodger, The Mischievous Little Kitten Is Welcomed By Dodger's Pack Of Dogs, The Dogs Run Into Trouble When The Evil Mastermind Sykes Schemes To Kidnap A Girl, It's Up To The Brave Kitten And His Friends To Race To The Rescue In An Electrifying Chase Through New York City's Subway System 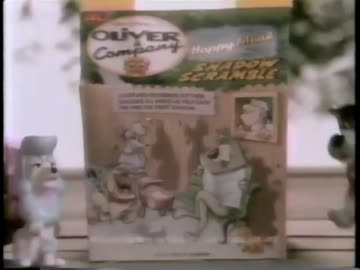 I also saw it during it's re-issue when i 16 and still enjoy this movie and have it on DVD in it's original one.
Are you sure you want to delete this comment?
Fun movie, one of my favorite animated movies of the 80's. I actually saw this 3 times back in 1988 at age 8 when i use to live in San Diego and last time i saw it back then was before New Year's Eve.

I liked the dog called Dodger (he was voiced by some musician called Billy Joel) who may have teamed up with Oliver, surviving common city lifestyles.
Are you sure you want to delete this comment?
That film got me confused with a classic Charles Dickens story about Oliver Twist, but this one involves a cat also called Oliver, who lives in 1980s New York City.

"It's hard to watch anything when you're gettin' barbecued!"

All that talk about "cement shoes" implies gang violence and death. I like the "Good Company" song, mostly because Jenny sings it, and she is a great character. Although "Why should I Worry" is probably my favorite song in the movie.
Are you sure you want to delete this comment?
I just watched this movie on Disney Channel the other day. I remember seeing this film awhile ago, and now I really love it because I get the plot. It's amazing what they can get away with because it goes over kids' heads.

"It's hard to watch anything when you're gettin' barbecued!"