Based on stories by Raymond Carver, Short Cuts follows 22 Los Angeles residents whose lives intersect over the course of a few days. Ann and Howard Finnegan (Andie MacDowell and Bruce Davison) are preparing for their son Casey's birthday party when the boy is injured in an auto accident and falls into a coma. Meanwhile, Andy (Lyle Lovett), a baker, seethes with anger over the birthday cake that wasn't claimed, and Howard's father, Paul (Jack Lemmon), decides that a visit with his ailing grandson is a good time to discuss his infidelities. Lois (Jennifer Jason Leigh) is a new mother who watches over her baby when not making money doing phone sex, which bothers her husband, Jerry (Chris Penn), though he knows they need the money. Pilot "Stormy" Weathers (Peter Gallagher) takes a very literal approach to dividing up community property with his ex-wife (Frances McDormand). Doreen (Lily Tomlin) is trying on to hold her marriage with Earl (Tom Waits), who is a good man on the rare occasions that he's sober. Zoe (Lori Singer), a classical musician, is trying to find some way to connect with her mother, Tess (Annie Ross), a jazz singer. Dr. Ralph Wyman (Matthew Modine) and his wife, Marian (Julianne Moore) put their bickering on hold while they have dinner with another couple, Stuart and Claire Kane (Fred Ward and Anne Archer). Stuart and his pals Gordon and Vern (Buck Henry and Huey Lewis) earlier went on a fishing trip where they discovered the body of a drowned woman but decided not to report it until the end of the weekend. Are you sure you want to delete this movie?
Locate The Duplicate Entry For Short Cuts

0
Quote O' Matic
Starr Carter: "You ever see anyone die?"
Chris: "No?"
Starr: "Well I have… twice in my life!"
Added By: Clint_Olson
The Hate U Give 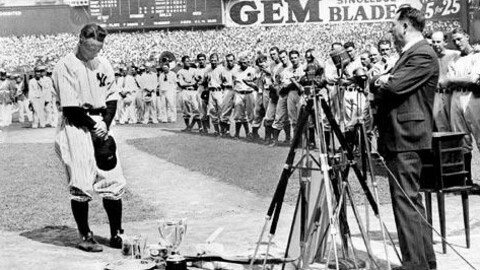 Anacin And An NBC Preview
An unhandled error has occurred. Reload Dismiss