It turns out the real Elvis Presley didn’t die, during Elvis peak in the 1970’s he switched places in a impersonator. While the impersonator died, the real Elvis’s home is blown up destroying all documentation and a hip injury leaving him in a coma for nearly twenty years. Elvis wakes up in a nursing home, now invaded by ancient Egyptian mummy leatching off the elderly people. It’s up to Elvis and man named Jack (a black man who thinks he’s President John F. Kennedy) to defeat the mummy. Directed by Don Coscarelli

Theatrical Trailer
Are you sure you want to delete this movie?
Locate The Duplicate Entry For Bubba Ho-tep 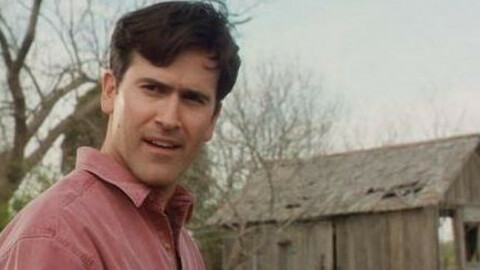 -5
vintagefantasy
Campbell, you have some issues
A paper I wrote on bruce campbell for film class. 4
System
Evolution of the Dead
With the remake of "The Evil Dead" on the horizon, we take a look back at the evolution of the trilogy that made Bruce Campbell a star.
An unhandled error has occurred. Reload Dismiss