My favorite albums by The Damned Part 1
By vladdt
On
Growing up, I developed a liking for post-punk/early goth bands such as Joy Division, Bauhaus,UK Decay etc. At one point I thought to myself, "Hmm, so this is post-punk music, well, I wonder if punk music is any good." This led me to discovering The Damned. 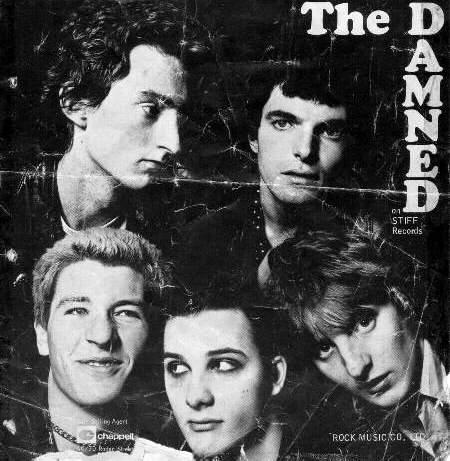 As far as checking out bands, The Damned seemed ideal, because I had learned that, while they had started out as a straightforward punk band, their later material leaned into a strange mix of both goth and punk. When they first ventured down this route, it was essentially punk styled music with gothic themes thrown in here and there, but further down the line, Dave Vanian's deep croon gave later material a true gothic sensibility.

For this article, I'll be using the following format, for each album: Pics; Overview; track by track. So, now I give you two (out of four) of my favorite albums by The Damned, Machine Gun Etiquette and The Black Album: 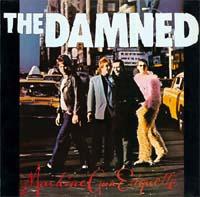 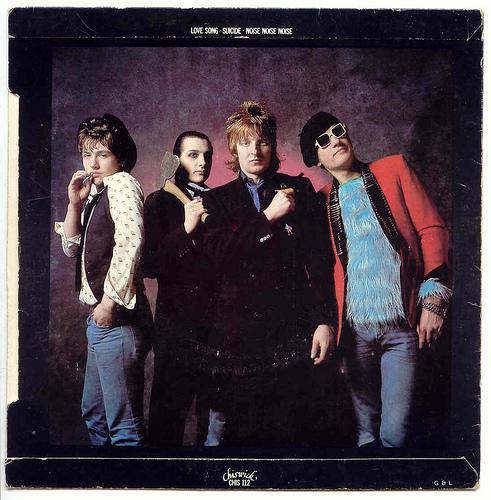 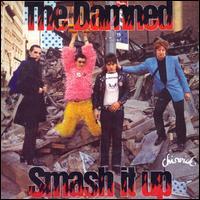 Overview: This album is the start of the band's delving into gothic/classic horror inspired themes. Yet, at the same time, they are still for the most part in full punk form. For me the tracks that really first stuck out to me as enjoyable were "These Hands" and "Plan 9 Channel 7", as well as "Anti-Pope".

Love Song: After a quick sampling of, "ladies and gentltemen, how do.", comes a loud crash, and Dave yelling and carrying on, you already know this is a Damned record. Going straight into a quick little guitar strain, rumbling drums, and the shout of "GO!", this track takes right off. "I'll be the ticket if you're my collector, I've charge the fare if you're my inspector...Just for you, here's a love song". A nice quick punk take on the love song.

Machine Gun Etiquette: A quick "I told you so" track, "No more getting pushed around, back to haunt you with our sound"; The Damned thumb their noses at those who told them they wouldn't make it. Fun stuff.

I Just Can't Be Happy Today: Keyboards and drums come together on this track for a great infectious sound. "Illegal to dance Forbidden to cry, You do what you're told and never ask why, Ignore all those fools,They don't understand we make our own rules "; great simple track about doing your own thing, and ignoring the naysayers.

Melody Lee: Starting with a slow piano piece, this track quickly reaches a frenzied pace. Written by Captain Sensible, it tells the story of comic strip character Melody Lee in a fun and entertaining way.

Anti-Pope: "Bollocks!"; Dave and crew have fun telling off organized religion. "So many people are weak enough to have to seek answers from pedlars of hope". This track has a great interlude in the middle, complete with the sound of shaking moraccas, followed by "Religion doesn't mean a thing, it's just another way of being right wing". An entertaining track.

These Hands: Sounding like a somewhat menacing psychedelic carnival, this track is really odd, I love it. This track tells the story of a "demented circus clown", chasing his prey around. It ends with psychotic laughter, the abrupt shouting of "STOP LAUGHING", and the clown quietly sneaking up on his victim. Good stuff.

Plan 9 Channel 7: Paying homage to the wonderful b movie flick, "Plan 9 from outer space", this track is one of my favorites. Steady guitars, and drums, backed with an eerie keyboard, and a banshee-sounding woman wailing in the background, towards the end of the number, the track definitely summons up the feeling of the movie.

Noise, Noise, Noise: Pure punk energy. "Noise is for heroes, leave the music to zeroes." The Damned cement their status as a people's band, who couldn't give a lick what anyone thinks.

Looking at You: Retreading the subject matter of Love Song, Looking at you pounds on down the line; repetitive chords but catchy as hell. The interlude here isn't as interesting as the one for "Anti-Pope", and honestly drags on a bit.

Liar: The Damned's twisted sense of humor shines during their ode to being a callous liar. Vanian's vocals jump alive a little more with each chant of "I'm a liar, liar, I never tell the truth." Vanian boasts "I'm gonna be the biggest liar in the world, I'll be so good you'll believe every word" Lots of fun, and impossible not to sing along to.

Smash It Up (Part 1): This vocal-less track, sets the stage for what would become a Damned Anthem for the ages; a chill slow set up....

Smash It Up (Part 2): ....which leads into a great song, another "you can go shove it" track, for lack of a better term, "you can keep your krishna burgers....and your Glastonbury hippies...you can stick your frothy lager....and your blow wave hairstyles" Smash it all up! 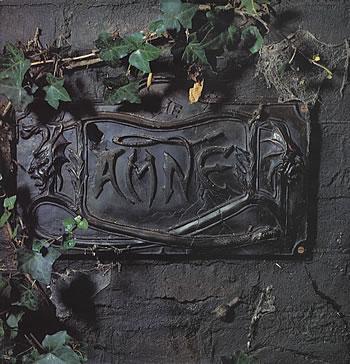 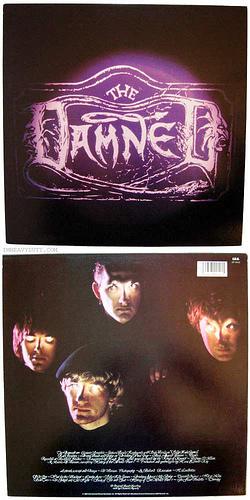 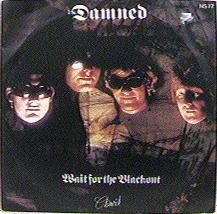 Overview: The Damned dive a little deeper into the night. Though considering Dave Vanian, the lead singer, used to work as a grave digger, is it really any surprise? This is a great album featuring the night person's anthem "Wait for the Blackout", fun tracks like "Silly Kids Games", and stuff ripped right from the pages of gothic literature like "Dr. Jekyll and Mr. Hyde" and "Twisted Nerve". The closer "Curtain Call" is an opera-like masterpiece.

Wait for the Blackout: My personal anthem, I'm not a day person at all. After a short musical intro, Vanian gets right to it. A Damned track that is somewhat repetitive musically (hey, they're still three chord punks at the heart of it all!), but engaging lyric-wise.
Lively Arts: Great keyboards here create a trumpeting like sound of triumph. "Culture's just a bore if you're angry young and poor." Pretty much sums it up. Odd tuning towards the end gets a little psychedelic, interesting touch.

Drinking About My Baby: Dave rocks his way through drinking and thinking about his girl. Great chug-a-chug-a riffs, a clapping sample, and squealing guitars make this fun.

Twisted Nerve: Finally we dive into one of the slow, moody tracks. Dripping with paranoia, Dave spins a tale about realizing he is the killer everyone is looking for, "Go to the window and what do I see, killers' face is lookin' at me". Very entertaining. Great echoing vocals, and drum beat.

Hit or Miss: A quick one shot, dance floor track. Makes reference to the Damned classic "Stab Yer Back" from the first album Damned, Damned, Damned, and it reminds me alot of the track, just less frantically paced. "Another hit or miss, and I was looking for a kiss."

Dr. Jekyll and Mr. Hyde: Delving back into the creepy stuff, yet oddly starting with a drifty lackadaisical guitar segment. Tells the story of Dr. Jekyll and Mr. Hyde, "my clothes will impress you, and my claws will undress you." A slow, vocal-centric track, charming meets creepy, in the best possible way.

Sick of This and That: Another quick burst of punk energy, Dave's sick of everything; similar to Smash It Up.

The History of the World (Part 1): With a great keyboard ditty throughout the whole song, it's pretty catchy. "....what's a sin or two In the history of the world...Miles of print you'd think, We thought of nothing else, There's more important things than ink and decibels"; A song about The Damned just being The Damned.

13th Floor Vendetta: Diving back into the creepy, slow, stuff, this track is fairly cryptic and I can't say I honestly know what it's about, but I like it.

Therapy: Spin the wheel, and what will the Damned critique this time around...psychiatry. "Who needs this voltage food?Who needs therapy? Who gets their answers out of books, Dirty man with their dirty looks." Starting slow, and then building up, with a thundering of guitar strings, a great track. Entertaining in the same way Anti-Pope was back on Machine Gun Etiquette.

Curtain Call: The Damned's self indulgent 17 minute closer, it's tense and arresting. In short, it's a musing on Natural Selection. If they Damned had ever written an Opera, this would be it, and this piece sounds just like one.

Stay Tuned For Part 2 which covers: Strawberries and Phantasmagoria
5
Login To Vote!
More Articles From vladdt 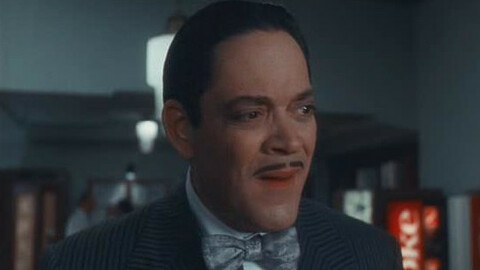 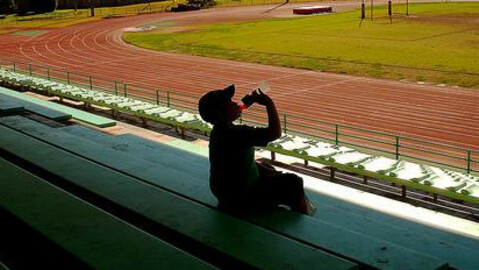