A Tribute to Zeebo the Clown

An article discussing a terrifying being from my past
By Zombiephile
On
Are you Afraid of the Dark? was my favorite show on Nickelodeon. It was a good way to get my horror fix in when I couldn't go to my aunt's house to watch horror flicks with my older cousins. My mom had something against me seeing these movies as a child, but didn't really care if I did manage to see them...as long as it wasn't at home. Anyways, because of my older cousins showing me these movies, at the age of 5 I had already become well versed in the lore of Jason Voorhees, zombies, Freddy Krueger, Candy Man and the like. None of them were particularly frightening to me as well.(Except that one time my cousin Marc hid in the closet with Jason's mask on...that was pretty scary.)

However, Are you Afraid of the Dark? despite being incredibly mild compared to these other movies, managed to create one being that I could not help but be frightened of. Seriously, you can ask anyone who watched the show who the scariest monster/ghost/whatever was on the show and I guarantee a large chunk of em' will say "Zeebo the Clown."

Before my personal response, I'll summarize the episode for those who have never seen it or need a refresher. I may occasional inject my personal commentary. 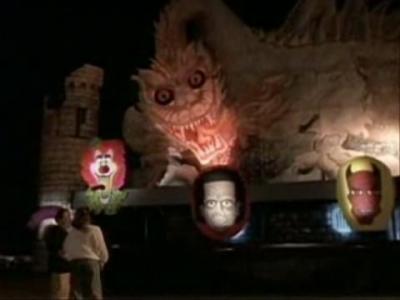 The episode starts off with a trio of kids at an amusement park. They stare in awe of the park's spookhouse. Each of them daring each other to go in, we of course figure who the asshole of the group is, calling everyone chicken and the like. The group is then interrupted by a carnival barker, who beckons them to come in. All three of them deny. 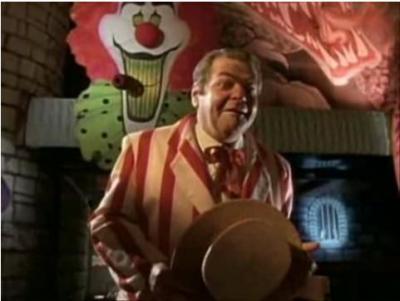 Later, in one of the kid's room, they have a discussion about the history of the spookhouse. Using some old microfilm print outs, it seems that the current spookhouse was not the original. During the depression, a clown with the stage name Zeebo, stole the park's payroll and hid in the spookhouse. Being a cigar smoker, after he finished he threw his cigar out which caused a fire, killing him. According to the urban legends of the area, the ghost of Zeebo haunts the current spookhouse. The park, capitalizing on this legend, put a dummy of Zeebo in the ride.(Sometimes I wish real life was like this...towns full of urban legends where you must go to microfilm to investigate.) 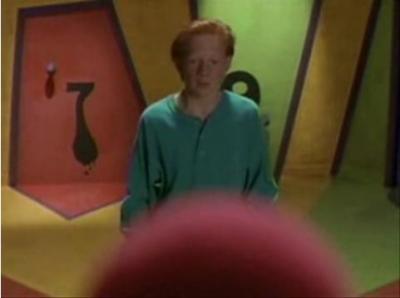 Of course, the asshole kid decides he ain't afraid of no ghosts, and says he'll venture into the spookhouse solo...and to prove it, he'll take the nose of the Zeebo dummy. He does end up going through, and stealing the nose. 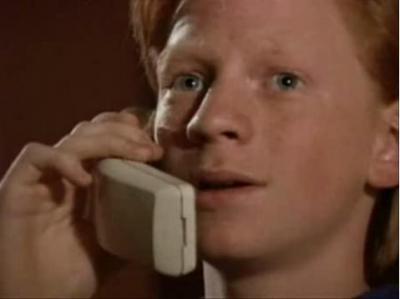 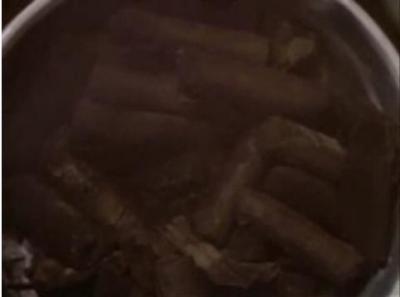 A day or two later, asshole kid is left alone at home as his parents have gone out for the evening. After nuking his leftover spaghetti, he hears all sorts of noises but when he investigates finds nothing. He then gets a phone call with static in the background. The caller whispers, "give it back! give it back!" He then gets a whiff of cigar smoke and his spaghetti is now filled with half smoked cigars. 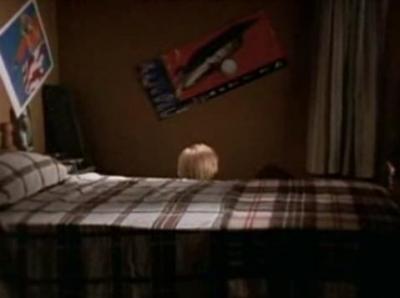 He runs into his room(Has anyone else ever notices in old TV shows the kids hang their posters diagonally?) and calls his friend, asking if it was him making the call. As his friend is talking, the voice from before interrupts again saying "If you don't give it back...I'll come up and get it!" Asshole kid notes the door isn't locked and quickly locks it. The ghost of Zeebo, now outside his door, sends a balloon under the door and blows it up. The balloon has "Give it back!" written on it. 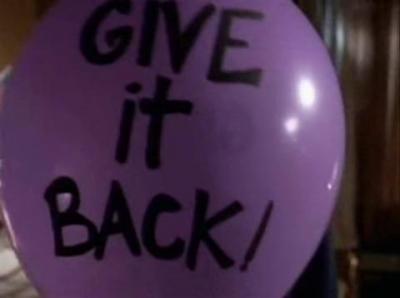 Asshole kid, now terrified jumps out his window (luckily landing on some inflatable pool toys) and makes a dash to the old spookhouse. After breaking in, he finds himself to the door where the Zeebo dummy is. The door flies open and mist fills the room and a strobe light is there too. The kid, in an attempt to appease the ghost of Zeebo, places down his nose in addition to a box of cigars.(To this day I wonder where he got these...the kid was like 12 for God's sake.) 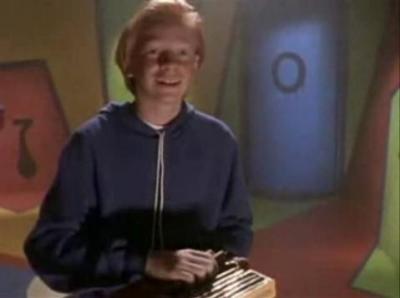 Zeebo accepts the gift and allows the kid to go free. 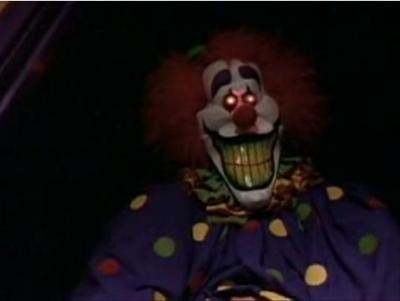 Now time for my reaction. Zeebo was friggen' scary! I don't know what made him so much more terribly frightening then Mr. Voorhees, but damn. As a kid, the first time I watched this episode, it freaked me. After that point, every time this episode came on, I would cover my eyes when Zeebo came on screen. In fact, since my first time viewing this episode, I had not seen Zeebo until I was 15, which by then I figured it'd be time to conquer my Zeebo fear(Also, because for Christmas my mother had gotten me some bootleg copies of Are You?).

Every night as a child I used to check my closet to be sure Zeebo wasn't there. Deep down, I probably knew Zeebo wasn't going to be there, and I don't even know what I'd do if he was there. I think my fear of Zeebo actually being real can be traced back to my cousin Steph who felt the need when babysitting to have my answer the phone and then saying "give it back! give it back!" in the same manner Zeebo did in the show.

All in all, that's Zeebo in a nutshell. He probably gave an entire generation of kids coulrophobia(fear of clowns). I recommend everyone to take a look at this episode. Its from season one and is titled "The Tale of Laughing in the Dark."

Thanks for reading. By the way, this is my first article. =)
23
Login To Vote!
More Articles From Zombiephile 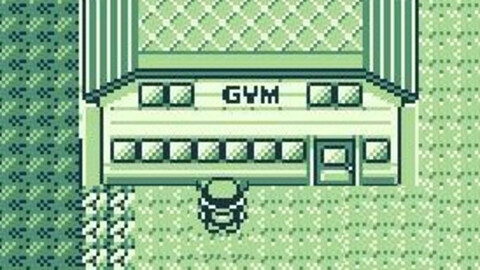 17
Zombiephile
The Summer of Pokemon.
A look back on the aspects of Pokemon you've never thought of.

31
Quote O' Matic
M. Bison: "You both seem bound and determined to meet destruction at my hands! So be it. I'll fight you on your own level! COME ON! -M. Bison"
Added By: System
Street Fighter II: The Animated Movie
An unhandled error has occurred. Reload Dismiss