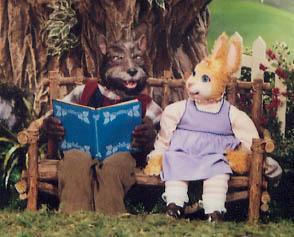 A show probably not a lot of you will have ever heard of since this show (from my knowledge) only came on early on Saturday mornings on TLC. It was about a brother and sister rabbits learning moral values and stuff like that. What interested me when I watched this show was the way the puppets were made. Most shows had the puppets made out of cloth or foam rubber, but the puppets on this show were all made out of latex. My favorite character was the duck that believed he was a rabbit.

Another show only few of you may have seen. This show originally aired on the Disney channel back in the '80s (I think back when you still had to pay extra for the Disney channel). It was of course, a spin-off of the movie Dumbo. In this show Dumbo owned a circus and he ran it with the help of many of his animal friends. This show was shown in rerun's back in the mid-'90s which is why I remember it (but only faintly). 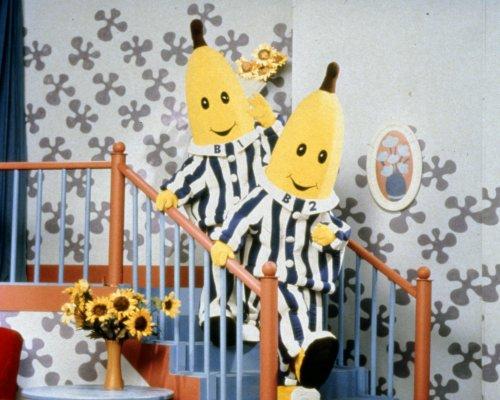 A show that I think a lot of people grew up with. Of course these aren't traditional puppets seeing as none of the characters mouths even moved. It was a good show, made for the very, very young. The show was about 2 bananas in pajamas named B1 and B2. They were friends with three bears and a purple mouse. The show is pretty good from what I remember of it. Starting last year they revamped the show using CGI. 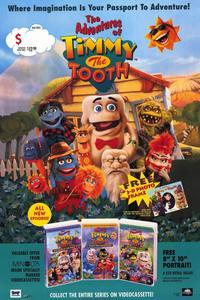 A show you will only have heard of if you bought the VHS's, becuase thats the only way they were made available. Only sold on VHS, never were on tv, never ported to a DVD collection (although I hope they would soon). It was about a tooth named Timmy. each VHS was one episode of which Timmy would be either using his imagination or having a dream and being taught a lesson. Each character was based on either something dental or about teeth. The bad guy was a cavity and his partner was a peppermint. It was pretty cool. If you ever come across any of the VHS's I'd suggest picking it up. 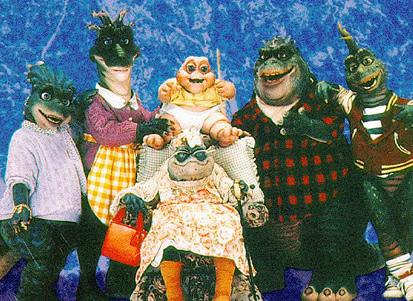 I'm pretty sure a lot of people do know about this show. The show is about a family of Dinosaurs and their lives
paroding the life as it was back in the '90s. My favorite character was the baby.
Mystery Science Theater 3000 a.k.a. MST3k 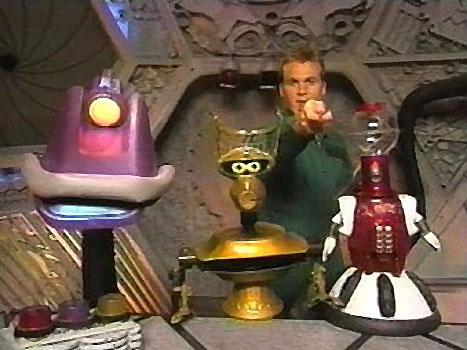 A show that introduced me to many bad B movies and some good ones too. I just really liked the show and of them making fun of the movie by just commenting about it as the film goes along. I actually started a habit of doing the same thing when I watch movies now. 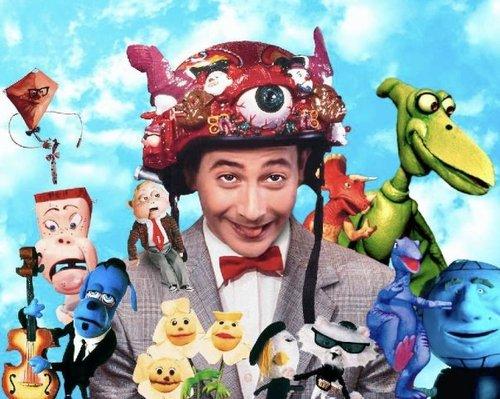 Another show many people may remember. Back in the '90s Peewee made a children's show. I remember watching this show and being amazed at all of the things that came to life. The main character was ofcourse Peewee, and I don't actually remember any of the episodes ever having a premise, it was all kind of random. Maybe it did have a premise and I just don't remember it. It was either random or the premise wasn't the big part of the show. Anyways it was a cool show, even if it was weird as hell. 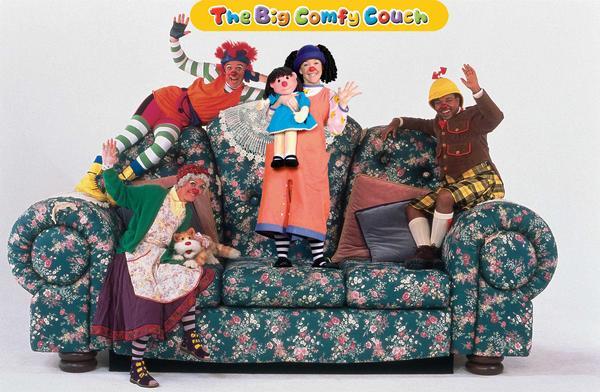 Another show that really doesn't count as a puppet show, but there were a few characters that were puppets so I'm adding it. The show was about this girl who was a clown and basically lived on a big couch. Ofcourse she did get out, exercise, go to neighboring houses and stuff but most of the time she was on the couch. She had a doll that although couldn't talk did move and shake yes or no when asked a question. There was also a random puppet cat that would show up from time to time, and two dust bunnies that lived underneath the big, comfy couch. It was a good show and I would suggest checking out some of the episodes on YouTube sometime. 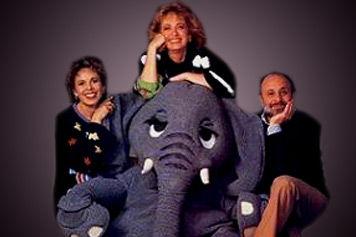 A tv some of you may remember. It was kind of like Sesame Street in the way they taught you words and I even think they had the show brought to you by a certain number and/or letter. Again I don't remember much about the show, but I do remember the song. Still to this day that song will get stuck in my head. The only 2 puppets I remember was an elephant and a cat.

The Wubbulous World of Dr. Seuss 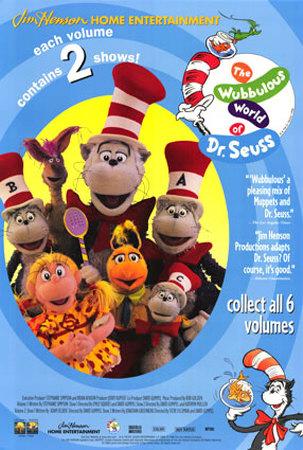 My favorite Dr. Seuss media ever. Sadly the show only lasted for two years. The first year they did their own thing, just Dr. Seuss puppets with random stories. The only thing bad about season one was all of the backgrounds were very bad very bad cgi backgrounds. The second season they did the formula most shows had of teaching morals, but with Dr. Seuss character. The nice thing about season twoo was all of the backgrounds were real sets this time around. And they introduced more characters including a Squidward like charcter (a charcter that is very down negative) in the form of Terrance the Bird. The show has been put onto DVD's but only as seprate episodes, as of this article it still hasn't had a complete collection of the show. This has got to be one of my top ten favorite shows ever.

Well that ends part 2. In part 3 I'll talk about shows in recent years that still include puppets and an honary mentions list.
13
Login To Vote!
More Articles From stitch1993