A new overview of merchandise that is funny, original or plain weird.
By IkeAurion
On
First of all, before starting this article, let me talk a bit of what's behind. Except if you've been a member of Retrojunk for a long time and you have a very good memory, you probably don't remember part one of this article. For reminder, here it is: http://www.retrojunk.com/details_articles/1654/. Back then, I wasn't that good with english (being from Quebec and speaking french), and reading it again, I thought there was plenty of room for improvement. So I decided to come back with a new article. Hope you enjoy it! 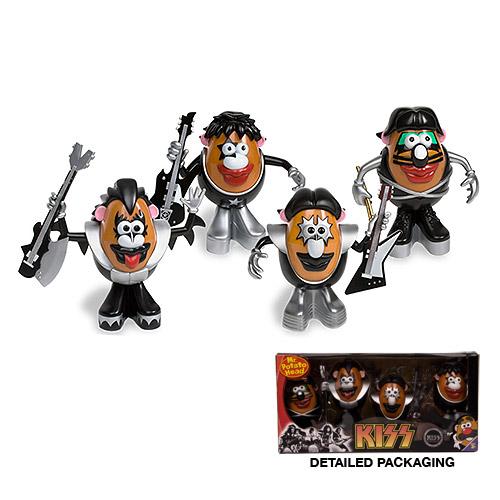 I can see how this idea came to life. I mean, themed potato-heads isn't anything new, far from it actually, and Kiss is a very good brand name to sell. But I can hardly imagine kids young enough to play with this type of toys really being fans of Kiss. I mean, 4 years old shouldn't listen to music that says stuff like
''Calls me Sugar Daddy,
She knows, she's got me by the balls'' (Domino).
That, and the idea of sticking Gene Simmons' tongue everywhere seems sort of disturbing to me. 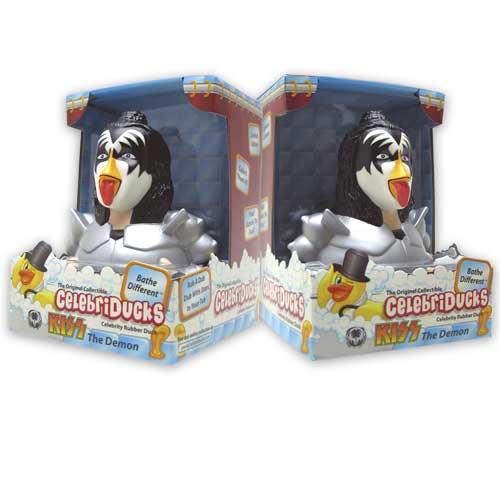 Oh God where do I begin? Let's just say that the idea of having Gene Simmons or a demon in my bath is troubling to say the least. But Gene Simmons with an horribly mutated mouth, like he made a child in hell with a duck? Everything but relaxing as taking a bath should be. 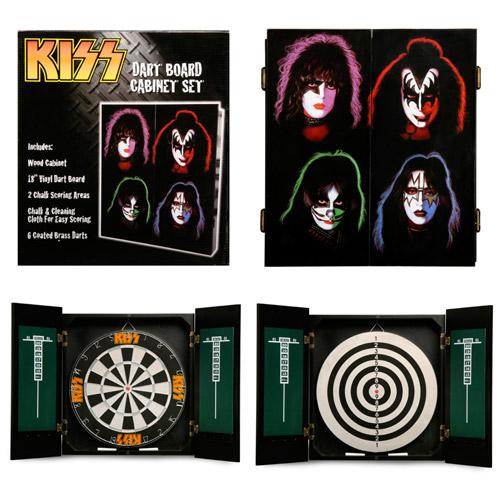 There's nothing weird about this one. I just love the idea of shooting darts in their faces. Ok, next. 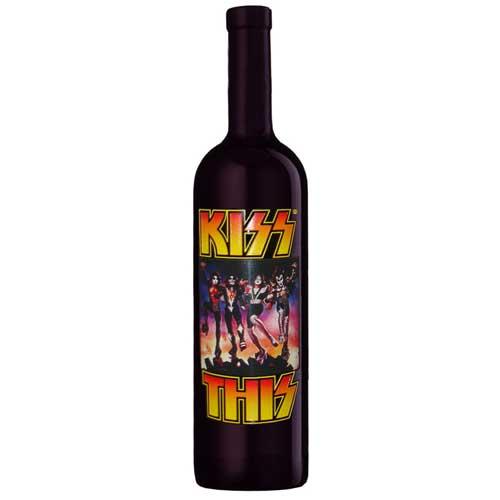 Maybe it's because wine has always been seen as a high-class alcoholic beverage, but Kiss and wine just don't go well together in the same sentence. I never tasted that wine, but it's go to be bad. I mean, it's endorsed by guys in thight and glittery suits wearing silly makeup. They've got to be experts right?

And really, the name seals the deal. Kiss this. That's it, I'm afraid that if I drink that wine, I'll feel like kissing whatever Gene Simmons wants me to kiss. No thanks, I'm passing on this one. 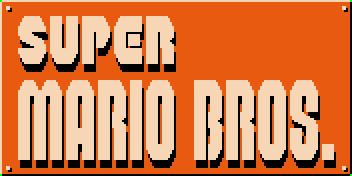 That's the more retro part of my article. Nowadays, Nintendo is a very serious company that studies everything they put on the market. But back in the day, things were a little more chaotic and that situation gave us some weird Mario stuff. Let's see some. 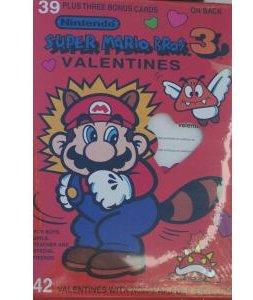 Valentine Day's just behind us and I hope it was a nice day for you. But if it didn't go well, I might have an idea why; you haven't been romantic enough. You should have given your loved one a Super Mario wish card. I mean, what says ''I love you'' better than a chubby guy with a mustache wiggling the raccoon tail that's coming out of his butt. I tell you: nothing. 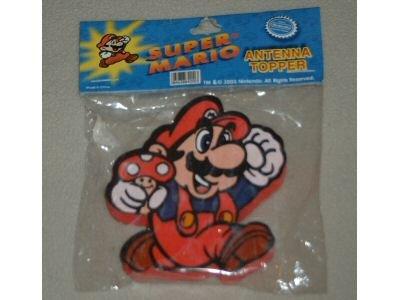 To keep with the ''things coming out of Mario's butt'' thematic, let me present you the Mario antenna topper. It is ugly, it is useless, and it is plain disturbing when you see where you have to put that long metallic antenna. Enough said. 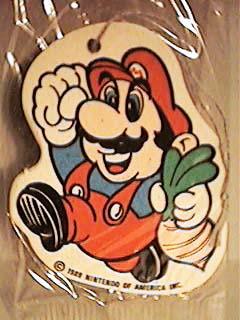 Ooooh, I have at least a thousand ideas of tag lines for that product:

''The smell of an italian plumber, in your car''
''Mario's odors, just for you'' 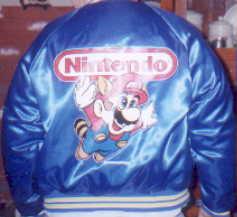 It's not the jacket in itself that is weird. I can see why a kid would want to wear that. But that jacket is ADULT-SIZED! What sane person would go out of his home wearing such an horrible piece of clothing. Seriously, just wear garbage bags. It's so much more classy, and plus, water won't go through. 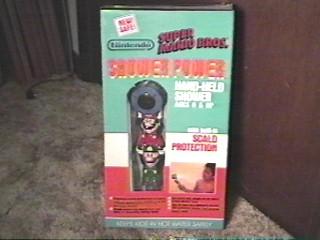 I kept my favorite one for the end. This seems so weird to me. I don't know for you, but when I'm taking my shower, the last thing I want to see is two mustachied guys looking at me naked, shooting water at me. I don't know, I mean, Mario, I like you, but not like that.


So, I hope you enjoyed my article, feel free to comment, or to suggest ideas for a possible part three!
37
Login To Vote!
More Articles From IkeAurion 14
IkeAurion
Weird merchandizing pt.1
Here's a list of a few licensed products that are way too weird... 20
Quote O' Matic
Eddie McDowd: "Oh Man You Got That Freaky Turn Someone Into A Dog Look In Your Eye Again. Take It Easy Lets Just Be Cool! *Afraid*"
100 Deeds for Eddie McDowd