Now, it's my turn to show off my dreamcast collection!
By dalmatianlover
On
Lately, I have seen a lot of Dreamcast articles being put up on this site. Being that the system is ten years old, I guess all the people who ever owned one wanted to express their memories and share with the world their game collections. Well, you guys have talked me into making one of my own, since I happen to have a Dreamcast myself, I'm going to share with you all my game collection. Might as well do it before this year is over. 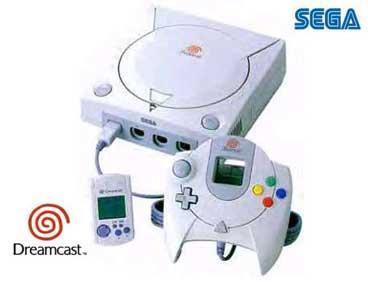 My brother went out and bought himself a Sega Dreamcast in the spring of 2001, mainly because he was going to buy one particular game.

When we first got the system, it came with a demo disc, which had demos of "Sonic Adventure", "Ray Man", "Fur Fighters", "MDK2", "Tomb Raider: The Last Revolution", "Railroad Tycoon II" and "Tony Hawk's Pro Skater".

Now, I am going to talk about the games we had for the system: 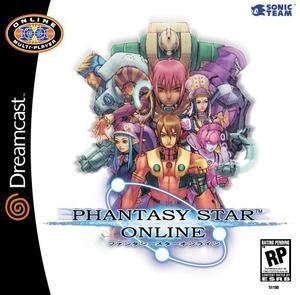 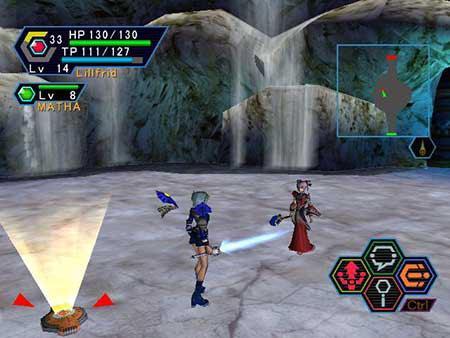 This was the game my brother was intending to buy. He bought it for the sake of some of his friends who had their own versions of the game so that he can play online with them. I thought it looked like a kind of interesting game, but what sucked about it is when they shut down the networks, so now, you can no longer play with complete strangers. It doesn't help much that the Dreamcast is now obsolete. What I never got was where my brother came up with the characters he created. I mean, why did he make himself a green-haired girl in a red skirt named Piffmaster and had her run around saying "Cho cho cha bang"? Hopefully, a similar game like this will eventually come out for a current gen console, so we can chat with complete strangers again. 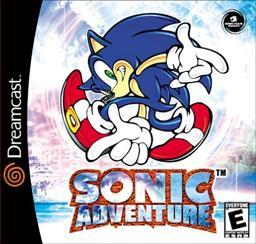 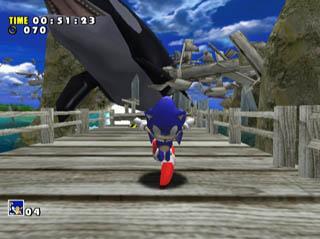 I don't think I know a single Dreamcast owner who didn't own this game. It's not the best Sonic game out there, but this game defined what the Dreamcast was all about. I think it's nice to get to play as different Sonic characters and follow different stories all the time. Sonic is rad, Tails is cute, Knuckles is cool, Amy is annoying, Gamma is unique, and Big is well...pretty much criminally ignored. Overall, this is one Sonic game that I would not consider one of the worst. 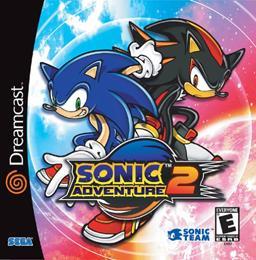 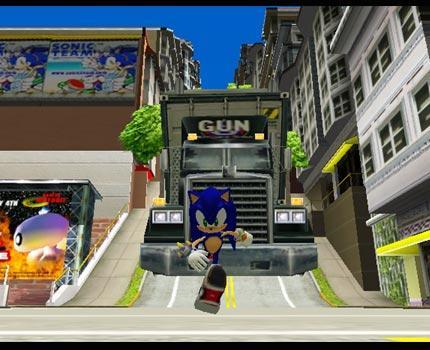 For a sequel, Sonic Adventure 2 is not bad. The graphics are better, the story is original, and it has some awesome features. There's also a two-player mode where you can be good vs. evil, but the thing I didn't like about that were the special moves that are innescapable and also impossible to do especially if you're opponent is such a cheap player. You also get to raise your own chao's, but personally, I can do without chao's in a Sonic game. 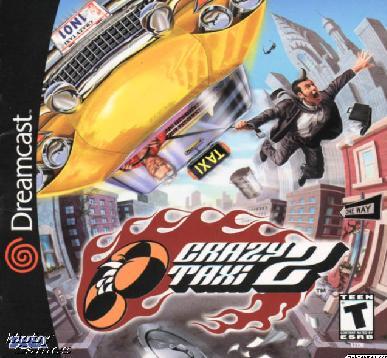 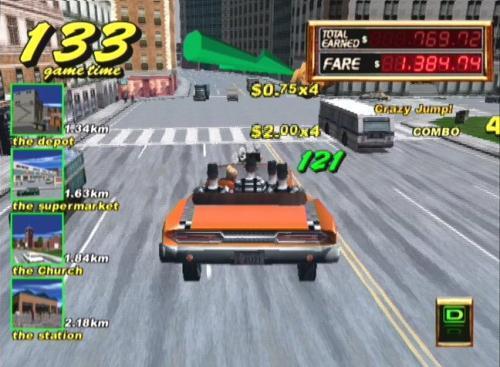 I never played the first Crazy Taxi, but I do have this game. While it is kind of pointless and a lot of the challenges are hard, it's still a really fun game. I think it's fun to drive around in a taxi and take people to places around town and make a lot of money off of it. Not only that, but you get to listen to the Offspring and some guy who sounds like Fat Albert who sucked up a bunch of helium. I would reccomend this game to any gamer out there, and it makes me want to see what it's prequel was like. 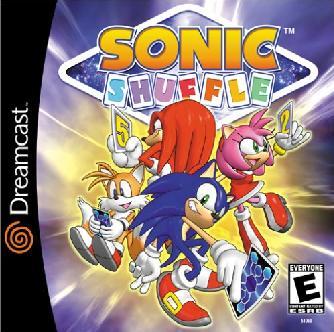 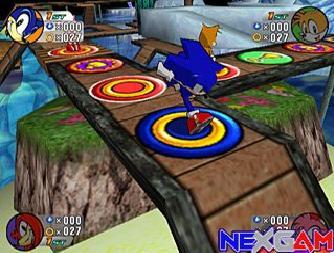 I sort of dislike this game. Why? Well, I'm not one of those douchebags who call it a Mario Party rip-off, but what irritates me about this game is the fact that it's extremely hard. You start the game with only four playable characters, but there are some unlockable characters, and I have never been able to unlock them! The reason I want to play a game like this is the same reason I want to play any of the Mario Party games, it's because of the mini games! This game, however, doesn't work the same way as Mario Party. Getting the opportunity to play a mini game on Sonic Shuffle is pure luck! I can understand them trying to make a game a little different so it wouldn't be so much of a rip off, but why do they have to make it so bloody difficult? 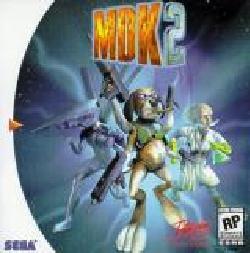 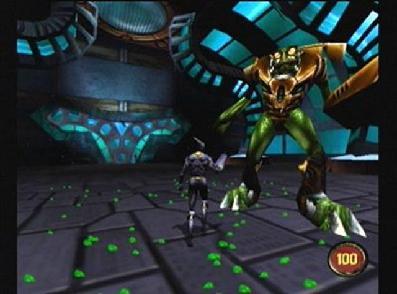 This was one of the seven games that came on the demo disc that came with my Dreamcast. It seemed pretty fun and made me want to try out the game for real. The game was incredibly difficult for me to find, and when we finally found it, we popped it in to try it out. This is a really hard game. The levels are extremely long, and you run out of health pretty fast. Regardless of the difficulty, the fun factor on this game still gets an A+ from me. All three of the characters you play as have something fun about them. 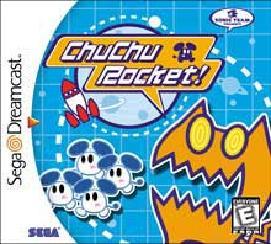 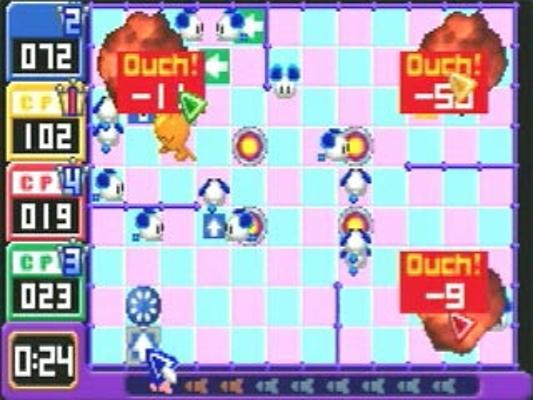 I saved this one for last because there have been so many articles I've read of people listing their Dreamcast games, but not a single one of them had this game anywhere on the list! What is wrong with you guys? ChuChu Rocket is one of the greatest games ever made for the Dreamcast! If you're a fan of strategy games, then this is a game for you, but what really makes this game worthwhile are the multi-player mode and the option that lets you create your own levels! This is the crazziest and most fun game I have ever played on the Dreamcast, and there is no substitute for it!

Well, that about concludes my Dreamcast collection, but as a special bonus, I'm going to talk about a couple games that I played on my Dreamcast but didn't own. 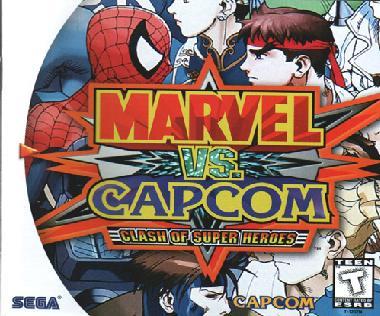 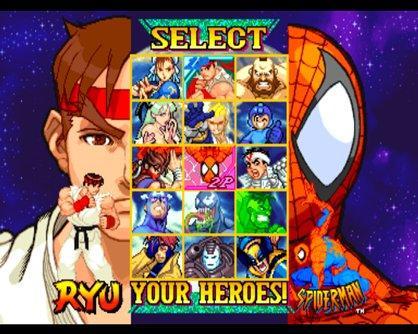 This is a game that I rented once. I remember playing this game in the arcades before. I really gotta say that the home console version is not really much different from the arcade version, except for the fact that the controls are easier, and you don't have to waste nickels on it. I found Marvel vs. Capcom to be really special in the fighting genre, because at the time, it was the only fighting game where you can play as Mega Man. I always seemed to play the best as Spider Man in this game, even though I feel that Spider Man is kind of an overrated character. It was a pretty fun game getting to fight as two characters at a time. Even though I never owned this game, I should consider myself lucky to own it's sequel (Marvel vs. Capcom 2) on my PS2, which really upted the antie! I gotta say, I guess since the sequel was such a huge hit, it's become like nearly impossible to find screenshots from the first game! 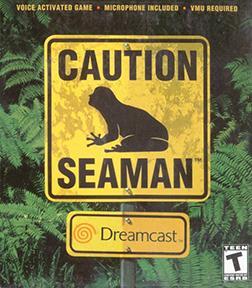 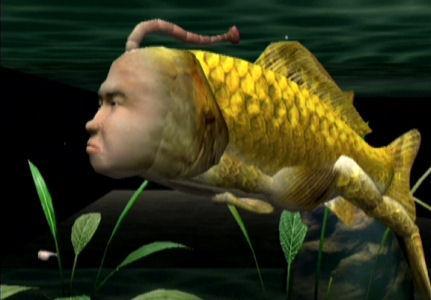 I remember one night, one of my brother's friends slept over, and he brought this game with him. He told us it wasn't a very good game, but we sure did have a lot of fun with it. I mean, come on. It's a game where you get to raise your own fish, and you can talk to it, and he talks back to you. You can even mess around with him. Believe me, if you play this game at night, you will laugh like you've never laughed before. It's a shame that we never got our own copy of the game, and we never got a microphone for our Dreamcast. Although, I remember seeing an article in Electronic Gaming Monthly that told me that Seaman was going to be rereleased for the PS2. It was never to be talked about again, and I never found it in stores. After doing some research, I was surprised to find out that there was a Seaman game on the PS2 afterall. It was called Seaman 2, and it was released in late 2007. Unfortunately, the game never made it to North America; it was only released in Japan.

That's about all I can talk about as far as Dreamcast memories go. Hope you all enjoyed it. I'm also going to let you guys know that this will be my last article for the year. Next year, I will be starting a new type of article that I will hope to make into a potential series. I will see you all in 2010!
18
Login To Vote!
More Articles From dalmatianlover

17
Quote O' Matic
Captain Link Hogthrob: "Oh no! We have invaded by a little green monster!"
Doctor Julius Strangepork: "It's worse than that! We got two First Mate Piggies!"
Added By: BuddyBoy600alt
The Muppet Show
Related Articles