Cyborasaurus must be unleashed! Weird Gaming must begin!
By Baburu
On 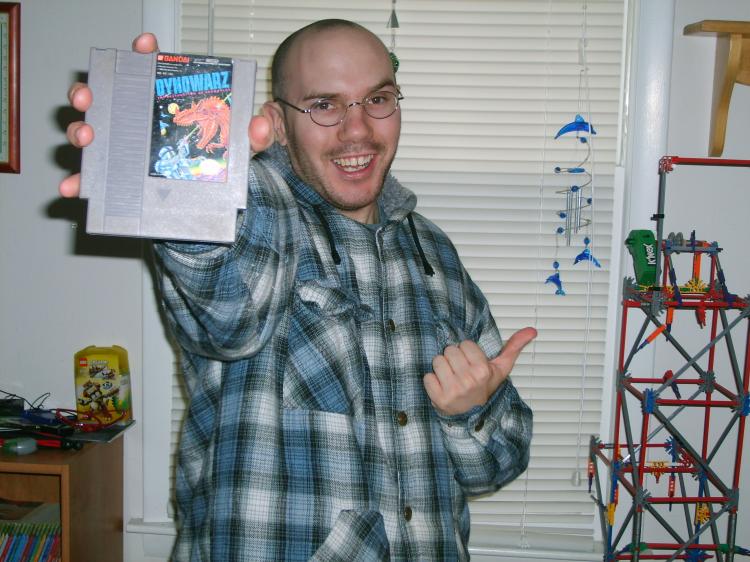 DYNOWARZ!!!!! Or as it is officially known Dynowarz: Destruction of Spondylus, is an awesome NES game, but it definitely deserves a spot in the Parthenon of Weird Games. How can I describe Dynowarz to those who have not played it...well, if Super Sentai, Journey to Siluius, and Godzilla Monsters of Monsters had a three way, it would result in the birth of the bastard child known as Dynowarz. 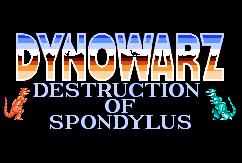 So the story of Dynowarz goes like this, years ago Dr. Brainius attempted to preform robotic experiments on humans, but his plot was exposed by Professor Proteus, who oddly enough was doing similar things on dinosaurs, but apparently that's okay! So here we are, now, in the games time and Dr. Brainius has decided to use the Professors own experiments, the Robosaurs to get his revenge, but Professor Proteus, not to be outdone, has made the ultimate robosaur, Cyborasaurus!!!

That name just begs to be screamed out and have some sweet echo added to it.

Dynowarz has two modes of game play, you start out as Proteus who has a kick ass power suit before Halo made power suits cool, but long after the events of Starship Troopers. It's your standard run and gun and as I mentioned before, reminds oe of Journey to Siluius, complete with awkward jump mechanic that somehow works for the game it's in.

Once you are done running and gunning you get into CYBORASAURS!!! (read the name out loud for effect) and you get treated to one wicked 8 bit cut scene. 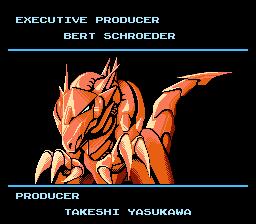 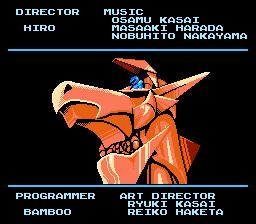 yes those are from the end credits, it was the only photos I could find.

Then the game becomes more like Godzilla, Monster of Monsters, where you go left to right fighting other robot dinosaurs. You get some cool upgrades like Mazinger Z's rocket punch, a weak fireball, a cool laser, and a hard to use but oh so powerful bomb. Then you fight a boss, dock at an enemy base, get out, run and gun some more, and then you fight Mother Brain's younger sister. 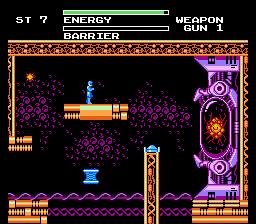 And then you do it all again, but it's not as repetitive as it sounds. Dynowarz offers up so good game play that never seems to get old, no matter how many times the game makes you do the same thing over and over and over again. It has a fairly decent difficulty level with the odd jumping and the fact that you only get one life, but you have unlimited continues and in case you do get tired of it, it ha a password save. And not a long takes you half an hour to type in password save, a short four digit all numbers password save so you can jump right back into the action!

Sadly the game seems to be lost to Obscurity, as no one I know has ever heard of it, and the only places on the web to offer any real into where Wikipedia and Video Game Museum, and even I myself had never heard of the game till a few days ago when I saw it in a store and thought "Hey, that looks cool!" And it was, but you don't have to take my word for it... 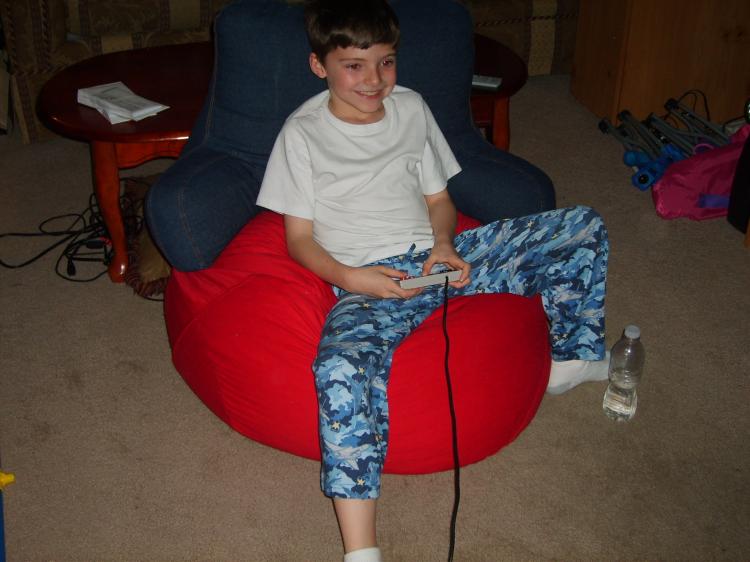 Kids of today think it's awesome! 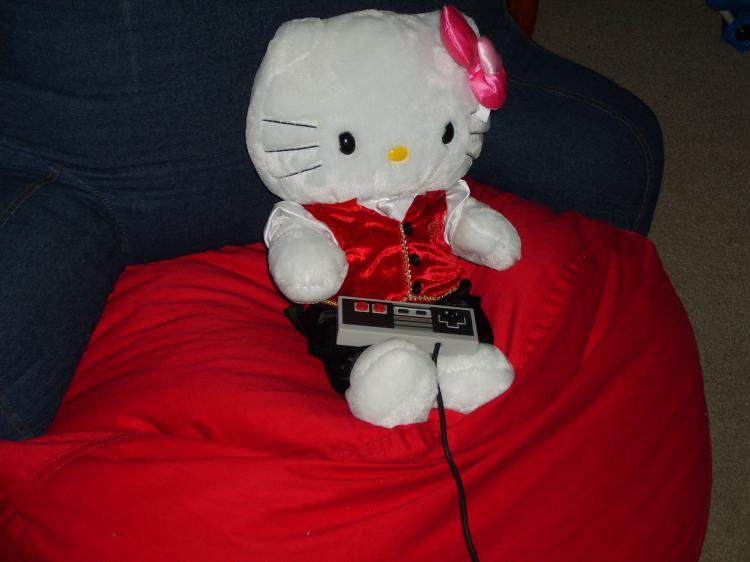 Even Hello Kitty Thinks it's awesome

But best of all is the overly presumptions victory screen. 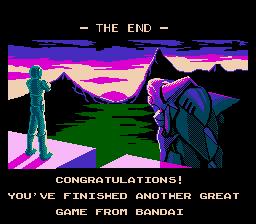 True as it may be, that's like me ending this article with

So perhaps I should...