All the forgotten treasures of the world await!
By LuckyHawk
On 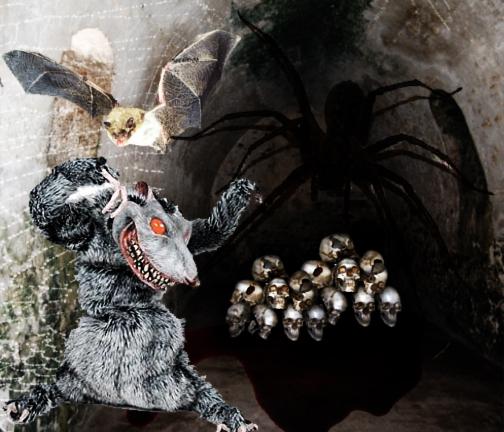 The great and mighty warrior creeps slowly toward the towering white fortress, all the while searching the skies for venomous beasts. His fingers tremble as he reaches for the ancient key his father's father bestowed upon him. Opening the ivory gates sends the sound of a thousand screaming banshees into the fading sky. Within the palace our brave warrior faces foes such as the ravenous rat and the terrible tarantula, and for what? Why would this brave soul venture into this dark, dangerous dungeon? Pirate treasure? An alien crystal skull? The secret to life? No, a wolverine action figure with a missing leg. No this isn't a terrible fantasy story, its the journey I took every so often in my childhood, a journey to my toy shack. 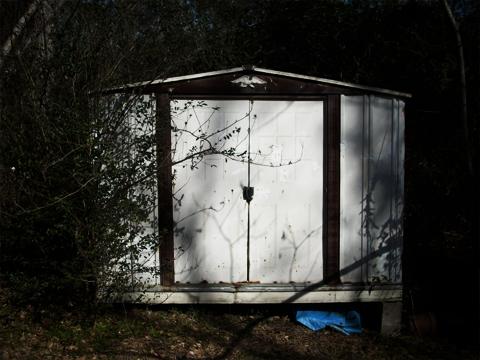 You see every year around Christmas time, my parents would make me get rid of some toys to make room for all the crap that good ol' Saint Nick was about to dump in my lap. They didn't make me give it to the poor kids or anything silly like that though. They made me send a big chunk of my toys into exile in the form of a toy shack in my back yard.

Months after Christmas my new toys would lose their new charm, and since my parents (i mean Santa) didn't want to shell out any action figure money, whats a kid to do? Well i go get some of my old toys back, that's what! Now you may be thinking "Whats the big deal, you put a box of toys in a shack and then get the box back out, who cares? You suck!" Its not that simple my friends. Other than avoiding the usual spiders, hornets and rat feces; I had a tough choice to make. Over the years I had literally accumulated hundreds, if not thousands of toys in the toy shack, and I was only allowed to bring a few back into the house. So only the very best and most beloved toys got the chance at life again in the Hawk house. My adventures into the toy shack were always an awesome time with lots of great discoveries, so I figure why not take another trip into the dungeon and share my findings with my friends at Retrojunk.com. 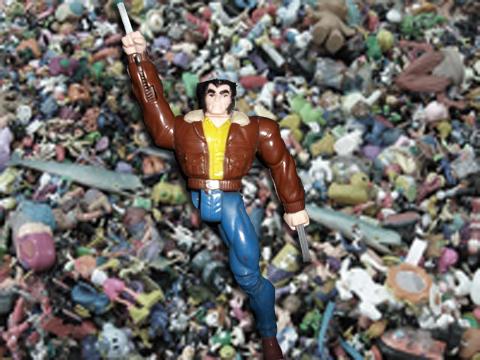 Ahh yes, my Logan action figure. He made for one great Christmas present back in fourth grade. Whats that? His leg is missing! Well that's because I was a bit too trusting back in fourth grade. I let a "friend" play with Logan the first day back at school from Christmas break. How does he repay me for this act of kindness? He breaks my freakin toy! I saw that little monster break it with my own two eyes then run away. When I questioned him about it, he told me that he hadn't even seen the toy. Man, holding this toy in my hand makes me so mad I want to find that little jerk and punch him in the face. 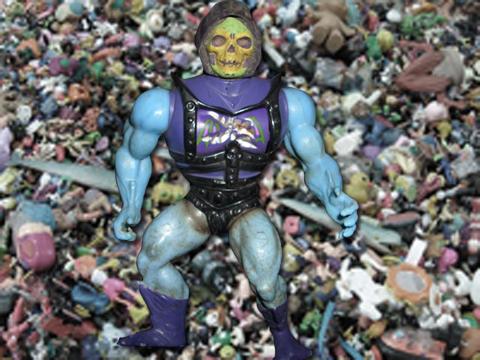 Next up, its battle damage Skeletor! You hit the chest and it spins around as if you took a chunk of it out with a battle ax. I had a ton of these He-Man figures when I was a kid, but I honestly don't remember watching the show. The date on his big blue butt says 1983, that's almost two years before i was even born. Hmm, maybe my mom knew I would be such an awesome child that she stocked up on He-Man figures even before my conception. Good going Mah! 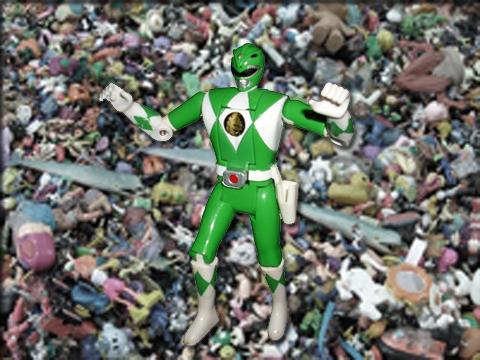 How many of you had this toy when you were a kid? Tommy the green power ranger. I must admit, I was ashamed to like the Mighty Morpin Power Rangers. Most of the kids who like it were a few years younger than me, but something about that rebellious anti-ranger known as Tommy just got me hooked. Plus his Dragonzord was so much cooler than the Megazord. These toys always looked stupid to me. Aside from being very oddly shaped, I never understood why they all had flipping heads. First off who cared about playing with the rangers out of costume?That was the most boring part of the show.Just a bunch of kids sitting around a juice bar. Second off, If you absolutely had to have both masked and unmasked, why not just have a head that screws off or something. The flipping action was boring after the first few minutes. But I digress. 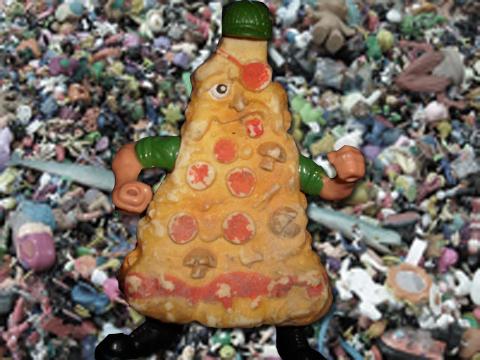 Yes, that's a slice of pizza in combat boots, and his name is Private Pizza. He was from a toy line called Food Fighters, which was comprised of food that are fighters. That's about all I can say on this subject. The toys pretty much sucked, and I'm sure the only reason I asked for them was because I saw a commercial or something. Lets not waste any more time here. 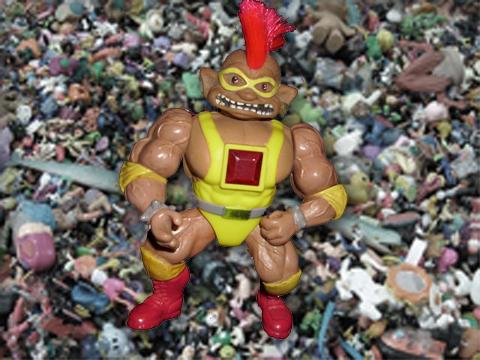 I actually loved this toy. His name is Chester, hes a Stone Protector, and when you move his arm up or down, sparks shoot from his chest. Not to mention hes probably the most ripped toy I've ever seen in my life. When I would play with him he'd always beat the crap out of everyone from Leonardo to Cyclops. The Stone Protectors were a spin off aimed at boys from the Treasure Troll craze of the 90's (as if the hair and Olsen twin nose didn't give it away) 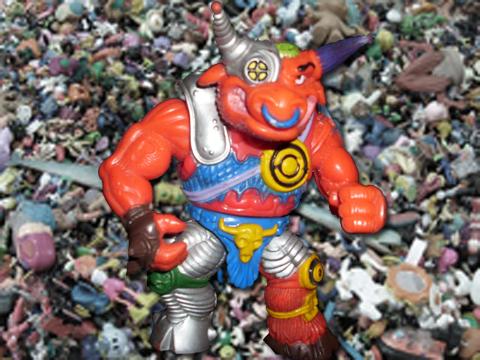 GroundChuck from The Teenage Mutant Ninja Turtles. He's some kind of awesome looking cyborg mutant bull figure, I wish I had more to say about him. I think he was in one of the turtles specials, I don't know, at that point in my life I didn't care who he was as long as it said Ninja Turtles on the box. 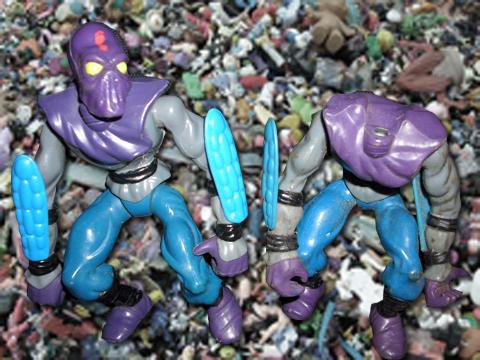 Speaking of Turtles, its a pair of foot soldiers! Wait a minute, why is one missing a head? Oh that's right Leonardo cut his head off with scissors... and then my mom gave me a spanking. Two unrelated events? You bet! So why keep a headless member of the Foot Clan you might ask? Why not just throw him away? I think a better question to ask is why wouldn't I keep a disfigured foot soldier around? This version of the Foot was my favorite, so much better than the bug eyed ninjas from the movies. 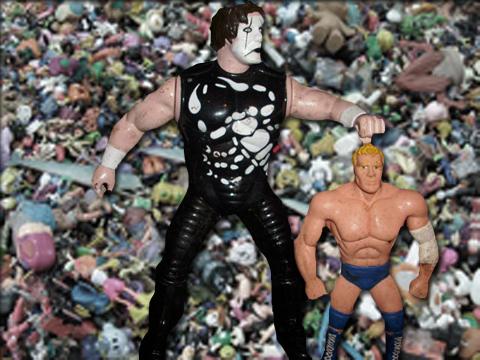 And last and also least, its a giant Sting action figure. Sorry Mom, but I personally hated this toy. See how much bigger he was compared to my other wrestling toys? Hows a kid supposed to play like that? Not even Andre the Giant dwarfs his opponents like that. That's not the strange part though. You see that red button under his left arm? What does that do? Does it make awesome wrestling sounds? No. Does it play Sting's entrance music? I wish. Then what? Well it makes the toy vibrate. I'm not kidding, all that red button does is turn this innocent children's toy into some kinda sex shop novelty item. You may say I have a dirty mind to think such a thing (and your probably right), but can you come up with another explanation for a vibrating wrestling figure? I think not. 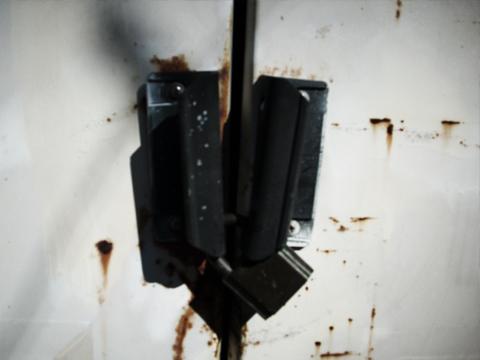 Well its getting dark and its time to seal the dungeon doors once again. I hope you enjoyed the article, please let me know if you did. Ive still got hundreds of treasures in Lucky's Toy Shack so I might just turn this into a series if you dig it.

Thanks
Lucky Hawk
28
Login To Vote!
More Articles From LuckyHawk 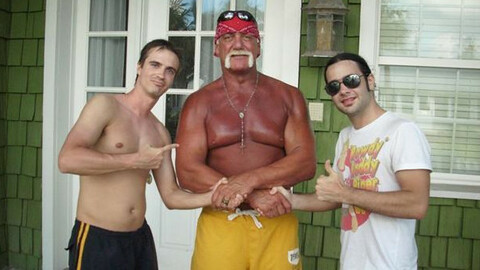