Angela Watson was one of the prettiest girls on TV, but was a blip on the radar
By ChrisK
On
During TGIF's glory years in the early-to-mid 1990s, there were a string of great-looking young female TV stars that were adored by fans and publicized in the media- Danielle Fishel of 'Boy Meets World,' Candice Cameron of 'Full House,' and Melissa Joan Hart of 'Sabrina, the Teenage Witch,' and Christine Lakin of 'Step by Step.'

But, it was Christine's 'Step' co-star that was just as pretty as these girls, but was barely noticed by those outside of fans of the show, friends, and costars. She's someone that wasn't thought of as much as she should have been- much better than we think they are, someone who flew under the radar screen for years and years. 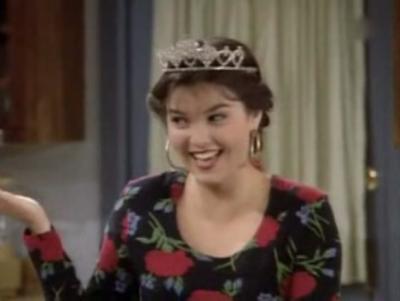 Her name was Angela Christine Watson, real-life alter-ego of ditzy, yet loveable Karen Foster- she was as pretty a young star that you'll see, but was sorely underappreciated by many others.

She was born in 1975- Eventually, she entered a string of beauty pageants by 1989, but proved to be head and shoulders above the competition, with 60 trophies and 200 trophies in a span of three years!

After a couple of appearances on ABC's 'Davis Rules,' the show was moved to CBS- while that showed lasted only one more year, Angie didn't go along with her castmates to the new network. Instead, she auditioned for a role on a new show called 'Step By Step,' winning the role of the ditzy, vain, oh-so-pretty Karen. 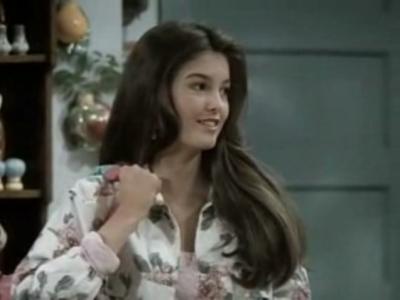 From the first shot of her, it was clear that many young fans of TGIF and this new show had a new heartthrob-in-the-making to fantasize about (including yours truly). She was quite the looker at the age of 16, and had a tendency to steal the show on occasion with her charming personality, unique outfits, and quirky obsession with her looks.
It seemed only fitting that Angie's first year on 'Step By Step' coincided with the final year of one of the all-time teen heartthrob hotties- Alyssa Milano, whose hit show 'Who's The Boss' was in its last season. It seemed almost fitting that you had one of the all-time teen crushes going out in a blaze of glory and this young cutie on the rise- a potential passing of the torch. 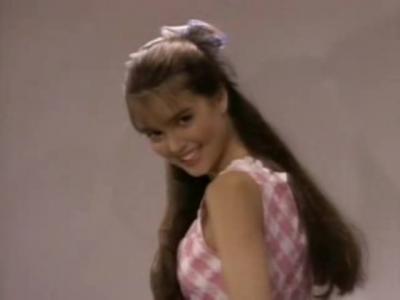 It was clear that she was a star in the making- more episodes started to center around Karen, including my all-time favorite- she got a modeling job in Chicago.

Angie was undisputably one of the hottest teenage girls on TV during her time on 'Step By Step,' but didn't seem to attract the spotlight that others did, such as Christina Applegate, Tiffani-Amber Thiessen, Candice Cameron, and so forth. Unlike these other stars, there weren't posters of her and other similar merchandise- she wasn't going to get a poster/8x10 of her on the wall of a young male admirer of hers. You either had to send a letter and hope for a return or bask in her incredible beauty every Friday night.

As a young boy in Buffalo, she was IT to me. I thought she was the most gorgeous girl I'd ever seen. Also, unlike other well-known female characters, she seemed different- she may have been vain, but had more brains than Kelly Bundy and had a bit more of a devilish side than Kelly Kapowski or D.J. Tanner.

Eventually, Angela started to grow up into a woman, still gorgeous, but still horrificaly underappreciated. Some thought she wasn't even the prettiest girl on the show, with some preferring co-star Christine Lakin.

To me, Angela was someone who had to be appreciated- she didn't get the adulation of others, but was just as gorgeous as them.

Angela Watson was to young TV teen girls as Ron Francis was to hockey- underappreciated, a blip on the radar who was deserving of much more respect and admiration
14
Login To Vote!
More Articles From ChrisK

18
Quote O' Matic
Elliot: "He's a man from outer space and we're taking him to his spaceship."
Added By: System
E.T.: The Extra-Terrestrial
An unhandled error has occurred. Reload Dismiss