Remember the days when movies made multiple theatrical releases?
By dalmatianlover
On
Being that this is my 50th Retrojunk article, I am going to make a very special topic. I am going to talk about one of the most important things of not only my childhood, but of my entire life: the Disney Animated Classics. 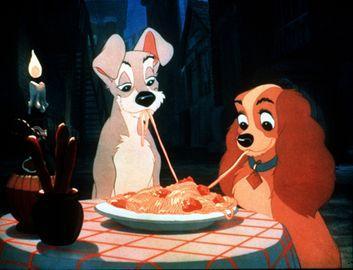 Now, before I go on, I have a question to everyone who's around my age or older. Do you remember the days when movies would make their theatrical release, and then about 6 or 7 years later, they'd be released again? Well, that was the only way people could see movies back then, and this was before we had VHS tapes. 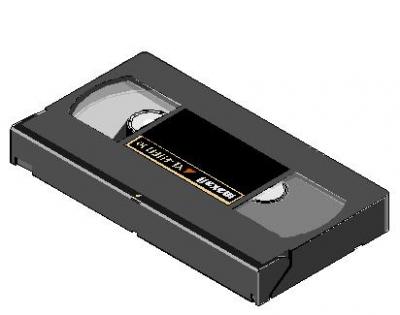 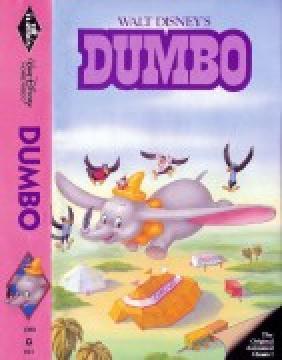 During the whole time Disney was making movies, the Disney movies continued to make theatrical releases every few years even through the 80's and in the early 90's. Now, I wasn't around at the time, but my dad has told me that he remembered hearing Disney make an announcement that they were never going to release any of their movies on video. However, they changed their minds in the early 80's when they found out that they could make money off of it. (I wouldn't doubt my own father, but that statement may not be true; I've learned so many things in the past, but throughout my history of making articles on this site, I have been quite infamous for recieving arguments that contridicted my knowledge.) At the time, only a few Disney Animated Classics made a video release, but the others continued to make their theatrical releases as usual. I'm going to talk a little bit about the Disney Animated Classics that I saw theatrically in the late 80's and early 90's. Most of these will be re-releases, but I'll include some original releases as well. 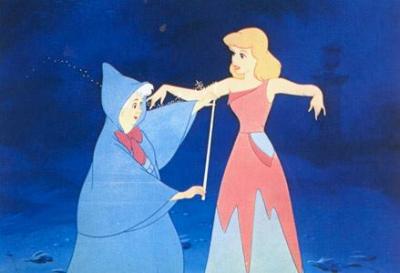 Cinderella
"Cinderella" was my very first theatrical experience. I saw it when it made it's final theatrical release in late 1987. I was two years old, and it was the movie that my parents took me to see at a cinema that had just opened in Stanton, California (which is no longer there anymore). This movie came out on video for the first time shortly after this. This was a good movie, not my favorite, but definately my mom's favorite. 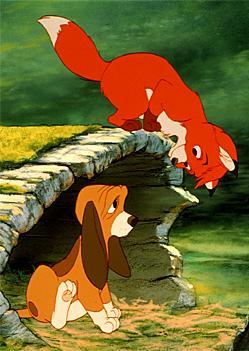 The Fox and the Hound
"The Fox and the Hound" made two theatrical releases: once in 1981 and again in the Spring of 1988. I, of course, saw it during it's second run. Strangely, this one didn't come out on video until 1994. It's really weird to watch a movie for the first time and then watch it a second time a big gap later, as you don't rememer much. I think this is one of my favorite Disney movies because it's really cute. 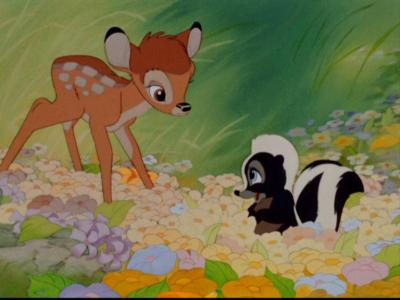 Bambi
Probably the oldest Disney movie I saw theatrically. I saw it during it's final theatrical release in the summer of 1988. This movie came out on video shortly after this release. You're probably wondering if I was one of the people who ran out of the theater crying when Bambi's mother died? I was a pretty tough kid, so to answer your question: No. 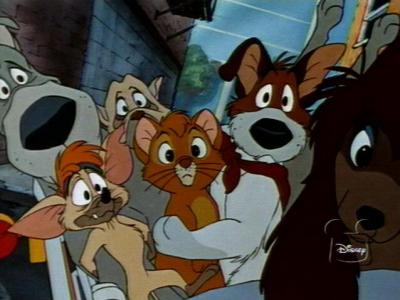 Oliver & Company
This movie was my brother's first theatrical experience and the first movie I saw on it's original theatrical release. This movie came out in late 1988, but for some reason, it wasn't released on video afterwards. It made a second theatrical release in the spring of 1996, and it finally came out on video later that year. While it may not be Disney's best movie, it's still an okay movie. The best part about it was the music! 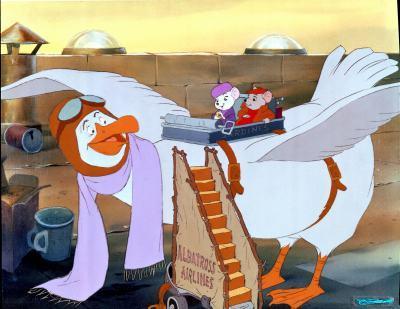 The Rescuers
"The Rescuers" made three theatrical releases. I saw this movie on it's third and final theatrical release in early 1989. Like "The Fox and the Hound", the video release of this movie was a bit delayed (1992). I haven't seen this movie as often as most of the other Disney movies, but I do remember it being a really sad story with a really frightening opening. I may need to revisit this film since I've been hearing about it being infamous for showing a subliminal image somewhere in the film. I'm one who wouldn't believe such nonsense, but then again, I wouldn't doubt anyone who works for the Disney company. 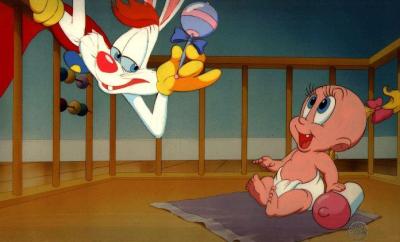 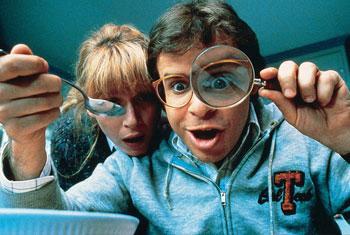 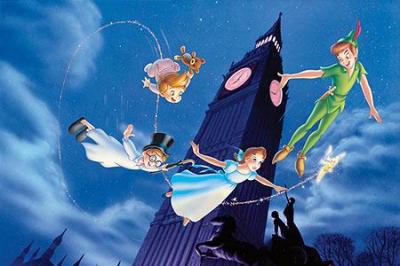 Peter Pan
I saw this movie on it's final theatrical release in the summer of 1989. Strangely, this was a movie that I was already familiar with since we had the movie taped off of TV before seeing it theatrically. It's really weird when you go see a movie at the theaters when you know the whole thing word for word! Compared to that old tape we used to have, it was a lot cooler seeing it in much better quality (obviously). 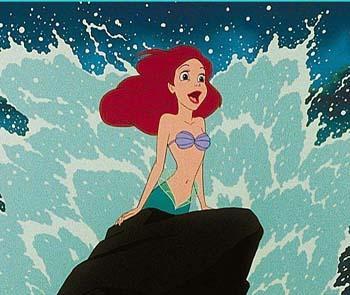 The Little Mermaid
The first movie of Disney's renaissance era was a movie I saw on it's original theatrical release in late 1989. This is a great movie for both princess fans and Disney enthusiasts. I don't know why, but for some reason, this movie made another theatrical release in November of 1997, which I found kind of pointless since it did make a video release after it's first theatrical release, and there were no restored scenes or anything, so I just didn't see the point. Maybe to promote the movie's upcoming sequel, which came out directly to video a couple years later? I don't know; to me, the reasoning behind that is up in the air. 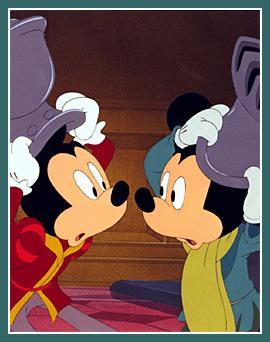 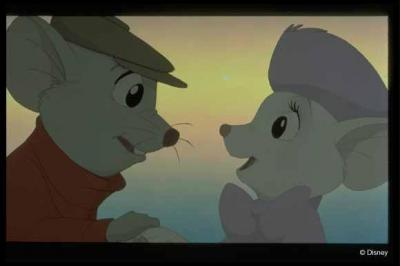 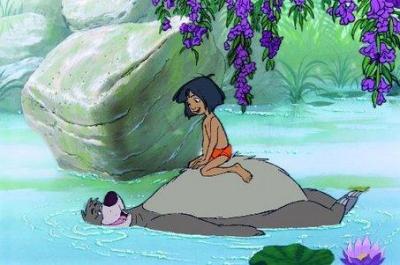 The Jungle Book
It was a really special treat to see the last Disney Animated Classic with Walt Disney's involvement theatrically. I saw "The Jungle Book" during it's final theatrical run in the summer of 1990. This is a really fun movie to watch; I enjoyed it as a kid, and I still enjoy it today. 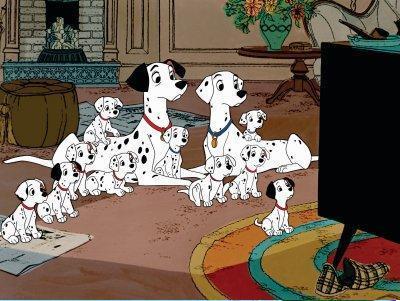 101 Dalmatians
I've saved for last my personal favorite. "101 Dalmatians" made it's final theatrical run in the summer of 1991. Of course, my parents took me to go see it, and after I walked out of that theater, I was never the same again, and I will remember that theatrical experience as long as I live! I'm even more pleased to know that this movie had Walt Disney's special touch. I'm sure a lot of Disney fans love this movie, and I say it should be essential to everybody's collection.
Well, that pretty much does it for all the Disney re-releases I saw theatrically. For the remainder of this article, I'm going to talk about some related material. 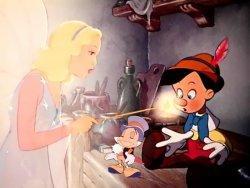 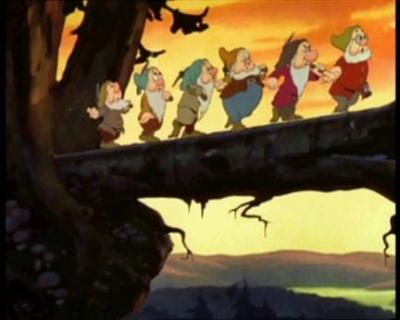 In 1992, "Pinocchio" made it's last theatrical run, and in 1993, "Snow White and the Seven Dwarfs" made it's last theatrical run. Neither of which I saw theatrically during that time, but I did get them when they came out on video. This may sound kinda shocking to some of you, but I remember hearing at the end of commercials for movies that were playing at theaters: "Now playing exclusively at a theater near you. Check newspapers for showtimes." Today, they don't say that anymore. Why? Well, there's no need to check the newspapers anymore because we've got the Internet! 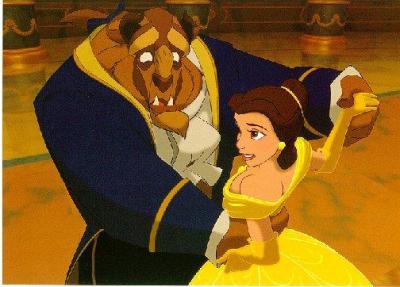 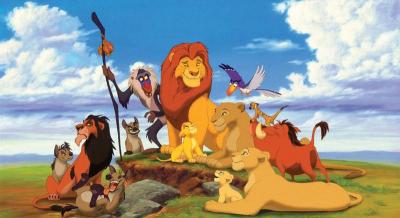 There were also two Disney Animated Classics that I saw on their original theatrical release: "Beauty and the Beast" (1991) and "The Lion King" (1994); both of which I saw when they were re-released in the IMAX theaters in the early 2000's digitally restored with new footage.

Okay, that pretty much wraps up what I got to say about this. I hope a lot of you Retrojunkies remember the same experiences I had with revisiting classic movies in the theaters. Hopefully, this brought back some memories to children of the 80's. And, of course, thank you all for taking time to read through my 50th article. I'll see you all later.
23
Login To Vote!
More Articles From dalmatianlover

37
Quote O' Matic
El Capitan: "No Problem Senorita, you may use my hairdryer (one gunshot sound, and hat flies off) Stupidos, you could have killed us both, I said "Dryer"."
Added By: System
You Can't Do That On Television
An unhandled error has occurred. Reload Dismiss