Three is a bad number.

3, The point where some movie Trilogys eather go out in a bang, or fail miserably.
By Jake_1079
On
Great movies we've all seen em, we've all seen great movies go on to part 2 and while not being as good as the first still has a charm to it. Then there comes the point where it does so well that they decide to make a part 3. Will it do its job and close the trilogy up with an exiting bang, or will it look like complete crap and make a mockery out of the other 2 films that were by far superior. For my latest article lets look at some of the worst 3 movies ever made. 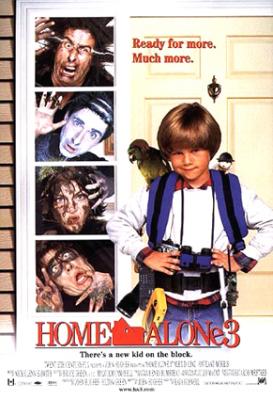 So whats there to say about Home Alone 3? Well for starters theres no Kevin Mcallister, you just get some strange new kid that no one cares about. Well your probably thinking it was made in 1997 so it makes sence to use a new kid since Kevin would be grown up right? Thats beside the point, the point is that this film was an inferrier version of the first two. The plots kind of shallow since the kids not stranded at home while there parents are off on vacation somwhere since they forgot him. this time the kids just home alone while his parents are at work because hes sick and he cant go to school. I dont know it just doesnt have the charm that the first to films had (or the same director as a matter of fact), and beleave it or not there are some posters that say (Better then the first 2) thats just bull poo if you ask me. Stay far away from this one if you liked the first 2. and from home alone 4. 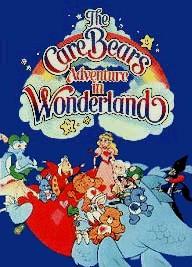 OK so its not called Care Bears movie 3. But it is the 3rd Care Bears movie after all, and since our friend Dalmationlover went through the trouble of making an article about how bad it is, its going on the list.

How did the Care Bears movies become so bad after 3? How did it get as bad as this? The first Care Bears movie was great and after left a happy feeling in your heart. The second wasnt as good but was still enjoyable. The 3rd however was just flat out pointless, and didnt even include all the Care Bears or cousions. The worst had to be that rapping Cheshire cat, (hes indeed the worst part of this stinking sequal) Though I havent seen it in years. Looking back its indeed a stinker.
Credit for this one belongs to Dalationlover. 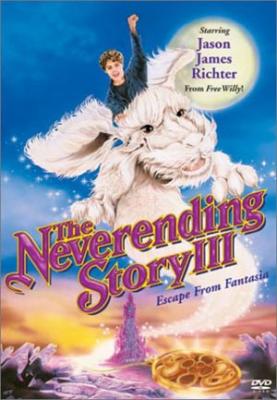 Now hears somthing to ruin a great series of fantasy movies. This time around the plot involves our hero Bastian Balthazar Bux beginning high school, where a group of bullies gang up on him. These bullies happen to find the neverending story book in a library and start scewing up Fantasia when they find out its powers. So our hero Bastian has to travel back to the real world to try to save both worlds. This film was a train wreack compared to the last 2, and most of it doesnt even take place in fantasia this time. Its mostly in the real world which is not what these films are suppose to be about. This ones indeed the lowest of the trilogy.

This one just made me sick to my stomach. The alien trilogy(or should I say quadrilogy) is one my favorite series of movies. but it seams after 3 was where the suckage came in. The setting just wasnt as good as the last 2, and why was there only one alien this time. I mean wouldnt it be a better plot of the alien was a queen and began breading a whole lot more aliens and Ripley and the other prisioners were trying to fight them off. or even if they were fighting of them and a predator.(I bet that idea would have been an even bigger hit if it came out earlier.) But I think the worst part of this film was the facted that at the end(sob) they kill Ripley, yes this is what made the movie go from bad to worse. I mean why kill the hero its like if they made Return of the Jedi and killed Luke at the end, or if they made Indiana Jones and the Last Crusade and killed him at the end, or if they made Back to the Future part 3 and killed Marty Mcfly at the end. You just dont kill the hero, and no the alien didnt kill her, she jumped into a tub of lava to kill the Alien that was inside her so that they couldnt use it to bread more, A nobile cause you ask? Not in this case. Alien 3 was a disappointment to alot of fans, including me, and 4 wasnt that good eather. just to yourself a favor and stick with the first 2.
Halloween 3 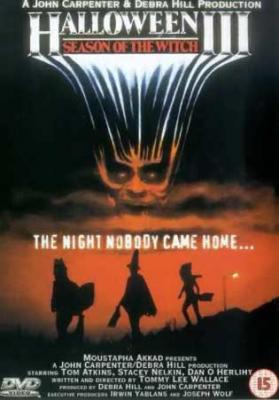 the Halloween movies, what a good series of horror flicks. The only downfall was 1 film in the trilogy that went against all the others, and how is that your asking? By having nothing to do with the official Halloween Canon. Beside the first Halloween appearing as part of a horror marathon on national TV in this movie. Theres really nothing hear that makes you think of the other Halloween movies. No Micheal Myers, no Laurie Strode, and no Dr. Samuel J. Loomis. I think Its best to say this is a completely different film altogether. Now if this was a movie that didnt use the Halloween licence and had a different name. It might not have been half bad. Not to say that it is but watching it the first time, it just felt like deceitful lie. To me and the Halloween Trilogy. 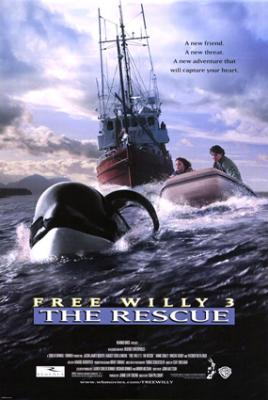 Now dont get me wrong. Unlike the others on this list this one was actually an OK film. The reason I added it to the list was because I felt with the kind of budget they used it would have been a better TV show instead. I mean Free Willy already reached its peak with the last 2 films. Did they really need to go on, and why not with a spin off like a live action TV show? I dont know its an OK film if not a great one. I just think it would have been better suited as a TV show.

Theres probably a dozen other 3 related movies I forgot to mention, if one didnt make the list. I probably havent heard of it or didnt think it was an important enough trilogy to mention. So to end another one of my articles I saved the best (or should I say worst) for last, and so without furher ado I bring you. (drum role)

Now if you were a child of the late 80's, or even early 90's you should know that Teenage Mutant ninja turtles were the bomb. Then came the movie, how awesome was that? Then came the sequal also awesome but not being better then the first, as most sequals are. Then came 3, what was this all about, anccient japan!?!? Buck Tooth ninja turtles!?!? No Shredder!?!? Terribly corny jokes!?!? WHAT ON EARTH HAPPENED!?!?!? How could they let this happen to a trilogy of films That was going so well. I Mean this could have been the peak of the Turtles Franchise. This could have sent them out in a bang. But the real shame was the fact that this would be followed by the live action show, Teenage Mutant Ninja Turtles the Next Mutation. Now that was a true disaster.

Now in my closing statment id just like to mention that these are just my personal opinions. I dont mean to offend anyone who likes some the following movies.(Unlike a certain other retro junk user whose name I will not mention) everyones entitled to an opinion and these are mine.

Also credit for the movie in this article Care Bears Adventure in Wonderland belongs to Dalmationlover, after all it was his/her Dark side of the Care Bears part 1 article that inspired me to make this one, and I did not rip the Angry Video game Nerd. I may have used a little bit from him but most of its my own material, and stop accusing poor Dalmationlover of ripping him off to.After all we all have our own unique material, and if you think otherwise then I guess were all just Angry Video game nerd rip offs.
24
Login To Vote!
More Articles From Jake_1079

63
Quote O' Matic
Lina Inverse: "Darkness beyond twilight, crimson beyond blood that flows, buried in the flow of time is where your power grows. I pledge myself to conquer all the foes who stand in front of this mighty gift bestowed in my unworthy hand. Let the fools who stand before us be destroyed by the power you and I possess. Dragon Slave!"
Added By: System
The Slayers
Related Articles

5
System
TMNT: The Beggining Of The End
Designed To Attack Power Rangers Head On, Red Skies and Lord Dregg Signaled The End Of The Original TMNT Franchise