what is the best console.Feel free to slate my opinion because you probably won't like it!
By System
On
While it would be fun to do an article on present day consoles i know it would only cause too much controversy because i am a nintendo fanboy but thats not the way i used to be.I did no research on this so this is all from my head so it's probable all screwed up lol(but im not joking)i will show pics of my top 4(they must be exclusive to that console) and i will go through the worst of that console also

Remember the days where you played consoles for the GAMES and not for the multimedia experience?(thank you sony and microsoft)i'm doing the top five in decending order(because i'm evil and want to make you read my precious article)

i won't bore you all with this.Most of you have skipped the list and have already looked at number 1 and demanded to know why the NES was not here.This is My opinion.I never owned a NES because i live in europe where the NES didn't fare as well.

This console produced games that were easily as fun as MOST nes games.Games like
pacman

many others like pitfall and skiing.Thats all i will say about this.I have no top 4 for this but i know what the worst game was!

So bad it was buried in a desert.

I know what you are thinking.Mcj metroid what are you on?How did the ps1 beat THIS?

The n64 controller sucked lemons.What was miyamoto-san thinking when he created this.For those of you that will defend it saying it was perfect for goldenye or perfect dark think again.There is a reason that nintendo ditched them for the gamecube.You may say ps1 controller were a rip-off of snes.Yes it was but the duel anologue(which is Still being used and will be on PS3) was far better for fps games.

The games were also too expensive because of.......(have a guess what comes next) THE CARTRIDGES!CGI was near impossible also.Imagine metal gear solid running on n64.Hahaha!

Despite graphics some games actually looked better on ps1.look at micromachines v3 vs micromachines 64 or maybe the command and conquers.The problem i see is that 3d graphics were forced into games that didn't need 3d.

Ok the good points.The top four games in my opinion

do any of these games need names?I won't bother boring you talking about them.there were other classics like banjo and perfect dark(goldeneye is better) but I hate smash brothers and especially mario party.When my niece asks me to play it with her i cry.

When it comes to over-rated crap this comes on top.How is this entertaining?The game was so slow.I know it has it's fans here but i don't care.It was crap.I had more fun with south park:chef's love shack!

The first sucessful 3d console and no the jaguar(set off a nuke) and saturn are not included.
I already explained why it rules n64(and don't forget i'm a nintendo fan).Yes that smaller model was a cash-in.I'm only talking about the original model the psx.

This was of course created because talks between sony and nintendo broke down concerning the SNES CD.Which was supposed to have rivalled the mega cd or sega cd.

But how did it beat nintendo?One reason i believe FINAL FANTASY!.Square soft walked out on nintendo and never came back until crystal chronicles(cough crap cough) for the gamecube.

The ps1 is far far better than the ps2 in terms of games.Lets look at the ps1 games first.

i believe these are the top ps1 games.Every one of these games has a sequel on ps2 that isn't as good.In the case of soul blade its arguable but i believe its true.
I didn't mention all ps1 games.I personally don't like tekken but that game series was better on ps1 also.The exeption is gta and resident evil 4 on ps2(but the gamecube version was better) but none of these games are exclusive to ps2

There are many more classics like crash team racing(better than mario kart 64?Well it was on single player)and crash 3:warped

the worst(i love this part!)

This is the worst game of all time!This game was unintensionally hilarious.I never had so much fun laughing at a game.Ugh!What went wrong though?The pc version at least had it's moments.

Yes i believe the snes was better but here is two very different consoles.The 16 bit era was truly the golden era of gaming just like the 70s-80s was the golden era for music and 90s is for movies(lots of remakes nowdays and i'm not liking it).

I don't know why it was called the megadrive over in europe.Maybe they thought europeans couln't spell GENUSUS.

The most annoying thing about this machine was the fact that it couln't save .Well except sonic 3.Passwords were annoying to remember.

Why is the snes better?Well the save feature was one thing but many games were way ahead of their time on the SNES!What do you think would fare better as a solo port on the gba sonic 1 or super mario world.Exactly sonic got an entire collection released and mario got a port on gba.

I do believe that the sega was the better multiplayer console however.Sonic 2 had one of the best multiplayer experiences ever,micromachines 96 and streets of rage.Here is a bunch of games

the fourth game is thunder force 4(i think it is called lightning force 4 in us).One of the most underrated games of all time.Check it out now.It's better than r-type or any other plane shooter.

ok maybe it wasn't the worst but it is the worst sonic game on the megadrive.I couln't think of much bad mega drive games.If you had asked me for worst NES game i would have said spelunker.That's off topic but i'd thought i would say it anyway.

The best console ever!So many classics and where to start.This is nintendo's 16-bit rival to the sega genisis.

I'm not sure what else to say.i'll list my top 4

So many more classics like zelda:link to the past,f-zero,super mario kart and final fantasy (hell all of them)

The megadrive version was a classic.I love it but because of the problem nintendo had with blood back then the SNEs version was remde into this horror!(i mean that in a bad way)For more evidence on the blood problem look at mortal kombat!

So i'll sign off now with my thoughts about the future.Which console will win this time round?xbox360,nintendo wii or playstation 3?Its hard to tell but i'll be buying a wii!Never liked the xbox and playstation 2 didn't impress me but i love the gamecube!

Which one of these will take the gaming crown this gen?
-2
Login To Vote!
More Articles From System

10
Quote O' Matic
Skeletor: "A female He-Man? This is the worst day of my life! -Skeletor"
She-Ra: Princess of Power 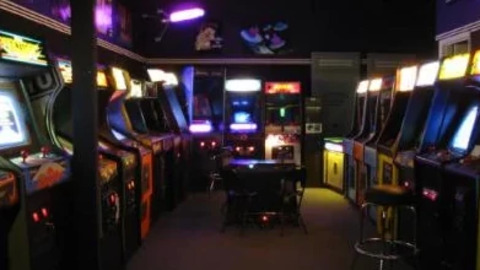 56
vkimo
Seems Like Yesterday
From Arcades to 7-11. This is how I spent the best day of the Week.
An unhandled error has occurred. Reload Dismiss