Should our past be relaunched or just remembered
By NostalgicJester
On
A while back I wrote an article about watching out for rebooted, remade, and re-imagined movies. Since then we have seen a few of our favorite series of movies enter the world again through new sequels. I think as Retrojunkies we should try to be open minded and at least give these movies a chance. They at least contain our favorite characters in familiar situations. If the actors can age and still want to visit old characters, why can't we? What follows is an objective look at a few of the re-launches we have recently seen.

I will start with the oldest movie (measured by release dates) and end with those that have recently released. I will first look at them objectively but then will give my opinion.

The first series re-launch we will look at is Superman Returns. In 2006 Bryan Singer and Warner Brothers released a "loose sequel" to the first two Superman movies made in 1978 and 1980 respectively. It was not really the start of a new series as it contained story elements from the two previous films. 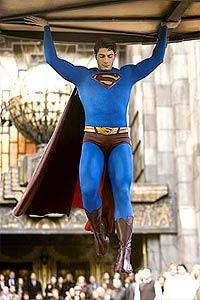 In this film Superman returns from a journey to find remnants of his home planet, Krypton. In finding nothing he returns to Earth and to the life he led as Clark Kent. He is surprised to see the changes in the world he left behind. Lois is a mother and in a serious relationship. The Daily Planet doesn't seem to need Clark and Metropolis doesn't seem to need Superman. The one thing that hasn't changed is Lex Luther's lust for power. Lex has hatched another real estate scheme to gain power through "growing" his own island similar to the way Superman made his Fortress of Solitude. Blah, blah, blah... Superman wins.

(To allude to the movie)
Why the world didn't need Superman Returns:
We needed Superman, there is no doubt about that. The last two Superman movies left such a bitter taste in our mouths that it was 19 years before Supes donned his cape again in theaters. The reason we did not need Superman Returns was actually for the same reason, the previous sequels were so bad that another one, even a "loose" one, was unnecessary. We didn't need a re-launch we needed a new Superman story with no ties to the original series. This worked for Batman and it would have worked for Superman as well.

Why the world did need Superman Returns:
The movie grossed over $200 million. It existed only to prove one thing, people still love the Man of Steel. We are ready for a new Superman and with a series reboot coming it looks like we might get it.

My opinion:
I couldn't stand this movie. It was depressing because it was boring, the plot was terrible, and the acting was so bad I felt like they were crapping on Christopher Reeve's grave. I've seen this movie once, by comparison I've seen Batman Begins like 7 times.

The next series relaunch involves a certain boxer that never knew the meaning of the word quit. This series was brought to us by an action star that unfortunately lives by the same mantra. Sylvester Stallone brings us his first of two character re-launches on this list: Rocky Balboa. 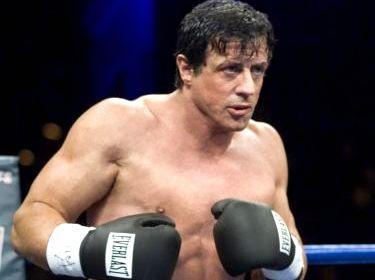 This story revolves around Rocky Balboa a retired boxer living in Philadelphia. He now owns a restaurant and lives alone due to the death of his wife Adrian and a strained relationship with his son. His only real friend is his brother-in-law Paulie. He does develop a platonic relationship with a young woman whom he mentored (although in passing) previously. He is not entirely happy with his current situation and feels that along with the loss of his wife and the disintegration of his "home team" there is still more missing. Rocky knows he needs one more shot in the ring. Not to win, not to become champion again but just to feel the canvas beneath his feet one last time. He gets that chance when the current heavy-weight champion Mason Dixon calls for a fight with the Italian Stallion. Mason is upset that a simulation says that Rocky in his prime could beat Him in 13 rounds. Rocky prepares, Mason waits, the fight starts, and Rocky... well see the movie to find out who wins.

Why the world didn't need Rocky Balboa:
Rocky already had four sequels and only two of them were any good. Stallone was not satisfied with Rocky V and he felt he needed to finish Rocky's story on a better note. Because the last movie was bad the world felt the story was over and didn't need to be dragged through the mud again.

Why the world did need Rocky Balboa:
Rocky's story needed to be finished on a better note. The last movie was terrible and we needed to see him truly succeed again not just beat the crap out of a far too inferior kid in the street.

My opinion:
I really did like this film. It truly felt like a Rocky movie. In fact it was so similar to the first film that at times I felt I was watching a remake. It finished the Rocky saga in a way that showed this man could continue to exist but his story no longer has to be committed to film.
The next new sequel is the fourth movie in the Die Hard series. This film was brought to us by Len Wiseman, Fox, the letters PG, and the number 13. Which officially makes this film the most different from its original source. 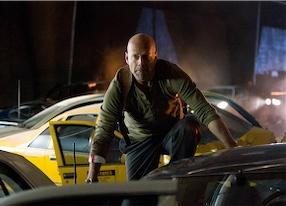 In this film NYPD's senior Detective John McClane is called upon to pick up a young hacker named Matthew Farrell and escort him to Washington DC. The country is under attack from a virtual terrorist named Thomas Gabriel and DC wants to know what Matthew's connections to the attack are. When the attacks become heavier John is yet again pulled into a situation that no one else seems to be able to solve. When Thomas makes it personal and kidnaps John's daughter Lucy, he makes his biggest mistake. John must now take down Thomas to save his daughter and if he has time, the United States of America. Yippe-kay-ya... McClane wins.

Why the world didn't need Live Free or Die Hard:
Die Hard changed the way action films were made and at the same time introduced us to one of the greatest characters in American cinema. It is very hard to live up to the greatness that is Die Hard. It's two previous sequels attempted this and in some was succeeded and in others failed. They were still entertaining and as there was a gap of 12 years between With a Vengeance and Live Free, they seemed to be enough. Additionally the world in no way needed a PG-13 waste of effort just to bring in a little bit more money.

Why the world did need Live Free or Die Hard:
John McClane is and will always be the coolest cop around. He is a real guy that doesn't want to save the day but will not let up when the task falls into his lap. The world needs McClane and it doesn't matter if he's pushing 55. We will watch him until the day a terrorist finally lands a shot.

My opinion:
I did like this movie for what it had to offer. I did not like the toned down feeling I had when watching it. To quote myself from a previous article:

"The only reason this movie is rated PG-13 is because the violence and language will be toned down and all the wise crack comments will be given to Justin Long instead of Bruce. Sure from the trailer I can see that the movie will probably be heavy on action but, that just makes it the same as any other Bruce Willis action movie and not a true Die Hard film. You could have just put The Rock in Bruce's place and called it Hard to Kill." http://www.retrojunk.com/details_articles/1859/

I wrote that before I even saw the movie and I stand by it. However I bought the DVD and watched the unrated version and it did improve the viewing experience. It felt more like a Die Hard movie and after listening to the commentary I got an even greater appreciation of the edgier (a.k.a true) version of the film.

As this article is running long this next film will be the last. As I stated before Stallone will have two films on this list and that means the last film is Rambo. Stallone produced, co-wrote, directed, starred, and basically begged everyone he knew for help so he could get the movie in theaters. It contains a body count higher than the first three movies combined and is still not the last sequel. 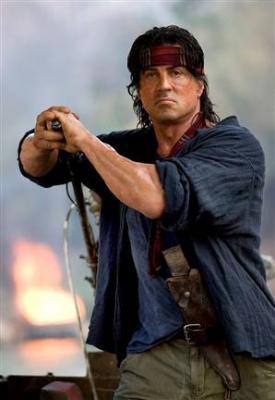 John Rambo now lives in Thailand catching snakes to sell to snake shows. He also occasionally ferries people in his God-awful slow boat. It is this task that a group of missionaries wants Rambo's help with. They wish to be taken into Burma so they can help refuges in the war ridden area. Rambo refuses but is eventually swayed by Sarah Miller. The voyage is dangerous and despite Rambo's warnings to turn back the missionaries are killed or captured as they refused to listen to Rambo. When the groups pastor asks for help Rambo leads a group of mercenaries to Burma and eventually joins the fight (even though the mercenaries want him to stay by the boat). It comes down to Rambo being the only one to save everyone. Bang, bang, bang... Rambo wins.

Why the world did need Rambo:
The world hadn't laughed this hard at Stallone since Judge Dredd. It just goes to show that Rocky was a far better character than Rambo.

My opinion:
I was bored out of my mind for most of this movie. Maybe if the groups trekked through the jungle more and spent less time on the friggin' boat it would have been better. The last 20 minutes were the most violent 20 minutes I have ever seen and it was just to be violent. In fact Stallone himself said he strived to make it the most violent movie ever made. Well done Mr. Stallone you simultaneously killed 262 people and a movie franchise in one crappy movie.

So there you have it. Four films that either succeeded in continuing an existing series or failed like so much wasted celluloid. Thank you for reading and thanks to those that will inevitably tear me apart because my own opinions don't match yours.
21
Login To Vote!
More Articles From NostalgicJester