A look at what used to be a funny genre
By NostalgicJester
On
There was a time long ago when Hollywood got things right. A drama could actually draw tears, an action movie kept us grasping for the edge of our seat, and comedies were funny. Perhaps the most recent example of genre gone bad is the parody genre. We have seen nothing but terrible spoofs that really seem more like compilations of seriously sub-par YouTube sendups. I love comedy and these movies are basiclly killing all things funny. Today's teens are flooding the theaters and watching these movies thinking that these pieces of crap are funny. Studios are making tons of money off these things but teaching teens the wrong lesson in comedy. It's like trying to potty train a child by teaching them to pee on a wall, sure it gets the job done but there's going to be a mess to clean up. 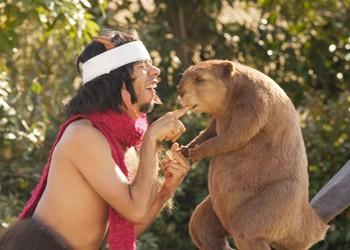 This is funny? Seriously,
SERIOUSLY!

I am now finished with my rant and would like to yet again go back in time. I want us to look at a few very funny parodies that actually were hilarious. We remember watching these movies and laughing uncontrollably. It was fun to see a favorite scene from a great movie get lampooned. This is not a complete list and not at all in any particular order. These are just a few of the greatest spoofs ever. 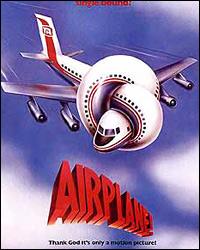 I made this movie my first choice because it really set the precedent for parodies to follow. That and it's friggin' hilarious. It was written and directed by Jerry Zucker, Jim Abrahams, and David Zucker who later went on to make more of the movies on this list. It was a sendup of the Airport movies and Zero Hour!. The story was about a commercial airliner in need of a pilot after the original pilots get food poisoning. A flight attendent and her ex- fighter pilot ex-boyfriend take the controls while nothing else around them can stay controlled. They are talked down by veteren Captain Rex Kramer and encouraged by a busy and incompetent Dr. Rumack (played by spoof-master Leslie Nielson). This movie sounds like a main-stream action film until you add in the one-liners and sight gags that make it so funny. From inflatable auto-pilots to jive-talking geriatrics this movie is full of some of the most hilarious moments in movie history. By now you must be thinking, "The most hilarious moments in history, surely you can't be serious." Well, I am serious... and don't call me Shirley. 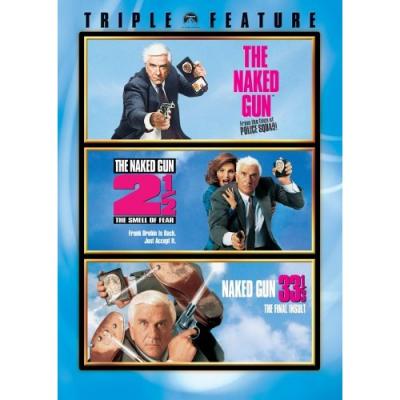 When you ask somebody what a spoof is they are more than likely to bring up The Naked Gun series. The series includes three movies that poke fun at cop dramas and have their roots in television. The Naked Gun originated from a television show called Police Squad!. The show and the movies were the creation of Zucker, Zucker, and Abrahams. The first two movies were written and directed by David Zucker. Jerry and Jim helped write the first movie but acted as executive producers for the rest. The third was directed by Peter Segal and was not as critically successful as the first two. The movies follow detective Frank Drebin in his various adventures. In the first movie he stops an assassination attemot on the Queen, the second he stops Robert Goulet from being in the movie any more, and the third movie centers around a terrorist plot to blow up the Academy Awards. With many sight gags and Nielson's straight-faced delivery of hilarious one liners (oh and the constant beating of O. J. Simpson) these movies provide so many laughs. You really have to pay attention to catch all the gags though. Like Frank says, like a midget at a urinal, you're going to have to stay on your toes. 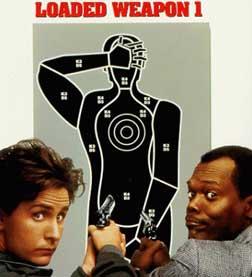 Ah Loaded Weapon 1, the unsung parody. This movie is hilarious but very few know about it. It is a spoof of mainly Lethel Weapon but it also lampoons the buddy cop action movie genre. Jack Colt and Wes Luger begrudgingly work together to stop an evil plot to produce cocaine laced Wilderness Girl cookies. It is up to them to take down an evil William Shatner before it's too late. But Wes has to learn to bend the rules and Jack must learn to let the death of a loved one go (probably one of the funniest parts is when it is revealed that his loved one is not a wife but a dog). Most of the movie is hit or miss but it is still enjoyable to watch. Nothing is funnier than when the bad guys blow up the wrong trailer only to find out it was John McClane's. This one is a little hard to find but if you're desperate you could always demand, "Vere is the meecro film?" 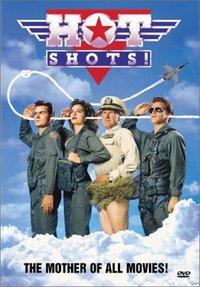 Jim Abrahams returns with this spoof of Top Gun. Charlie Sheen gives his greatest performance in this heartfelt story of loss, heroism, and love. After the loss of his father Topper Harley has not been able to live down his father's cowardice. He retreats to the plains to live the simple life of the native americans. His life seems better until he is asked to join a new program for the Navy. Harley does and soon finds love in a therepist named Ramada. Harley quickly learns what it means to be a hero and his father's secret heroism is soon revealed. Ok so that sounds pretty good but in this "heartfelt story" are cross-eyed pilots, inept Commanders, sizzling stomachs, and a poor chiuaua that everyone keeps sitting on. This movie is hilarious and I'm not joking. If I was joking I would say something like, what do you do with an elephant with 3 balls? Walk him and pitch to the rhino. Classic. 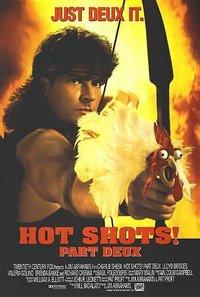 Now the reason I split the two [italics]Hot Shots![/italics] movies is because they are so completely different and spoof two different genres. Part Deux is really a spoof of the Rambo sequels. Sheen gained some serious muscle for this one to come close to Stalone in full Rambo glory. This was a fantastic parody because it was bigger, badder, and sequel-ier. Richard Crenna even showed up to mock his own Rambo character Col. Trautman (his name Denton Walters was even a spoof of his part in Our Miss Brooks, Walter Denton). You know you have a hit when there is a body count tally, death by chicken beak, and a Saddam Hussein- dog hybrid. This movie will make you laugh so hard it will kill you until you die from it.

There you have it. A short list of great sendups. I know they're not perfect and there are many more that may even be better. I also know that all of us that have even half a brain know these are far better than Scary Movie 1,2,3,4,5, Epic Movie, Superhero Movie, Meet the Spartans, Date Movie... god lord even the titles of these things are stupid.
30
Login To Vote!
More Articles From NostalgicJester