A Talk With Diane Franklin

My first interview of 2012 is with one of the most noted teen movie stars of the 80s.
By Caps_2-0
On
Back in 2010, TCM did a marathon of 80s teen movies one evening. The evening started off with "Better Off Dead...", the cult classic comedy starring John Cusack. His love interest in that movie was my newest interview subject, Diane Franklin. 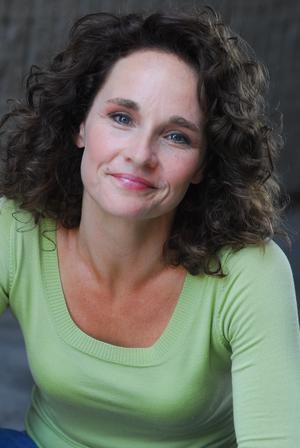 Before I'd seen "Better Off Dead...", I had viewed "The Last American Virgin", a VHS copy with the original soundtrack that I still own. She was wonderful as Karen, the object of a shattering romantic tug-of-war that ended with an unusual turn for an 80s movie.

I knew between these movies and her other material that she would be someone special to talk to, so without any further ado, here's my first 2012 celebrity interview.

It's the RetroJunk Interview with Diane Franklin!

Diane: This is a great question! What I was exposed to was greatly dependent on who was around me, (parents, siblings, friends) and what was accessible (television, movies, books). Aside from a close friend, who introduced me to The Beatles my musical knowledge was limited. (Where is a cool older sibling when you need one?) I listened to Billy Joel (who grew up one town over), David Bowie, Elton John,The Rolling Stones and Fleetwood Mac. Yet my favorite musical performer at the time was Karla Bonoff. She was one of the few female solo performers of the early 70's. I just bonded with her music. My television pop-culture influences were mainstream. As a teen in the 70s I watched One Day at a Time, Charlie's Angels, and Happy Days to name a few. This was a big step up from watching The Lawrence Welk show with my parents. And for my film influences you'll have to check out my book.

Diane: Aside from modeling, none. I've always been an actress!

Caps: Audiences were first introduced to you in "The Last American Virgin". What was it like to work for Menahem Golan and Yoram Globus? 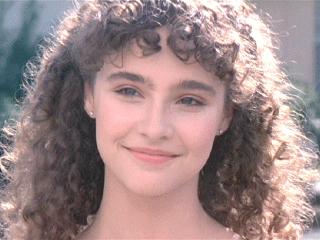 Caps: I wrote an article several years ago entitled "Holding Patterns", where I discussed older movies that still manage to appeal young audiences. The link is here: http://www.retrojunk.com/details_articles/3910/

As you can see through reading it, one of the movies I discuss is "The Last American Virgin". What do you think of my views on the movie?

Diane: First of all I am genuinely flattered that you included Virgin in your review. Virgin is so very different, but the movie does stay with you, So, thank you! Next...It's funny. I never thought of Gary as creepy, but it's kind of interesting you see him as that. I mean there are guys who just hang around, never say anything, they just watch and wait for the right moment to make their move. If that is how you see Gary, that could be creepy, but I always saw Gary as shy. He didn't have the gift of gab, like Rick. I thought deep down he had a good heart. Yet, like Karen, he was passive. If opposites attract it is no wonder they never got together!


Caps: If you were writing it, what do you think would happen in a sequel?

Diane: I LOVE this question! Now adults, Karen and Rick have been in an horrible marriage. They go through ugly separation. Karen winds up working at a fast food place at the mall. She meets Gary again as her customer. They spend time together and have an incredible love scene. Gary's ready to pop the question. Rick comes back. Karen chooses Rick out of weakness. But this time Gary punches Rick grabs Karen and leaves. Then finally when they are far away and Karen is safe, Gary dumps Karen and walks off with another woman. What do you think? 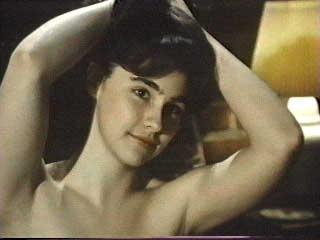 Caps: You played Patricia Montelli in "Amityville II: The Possession". Had you seen the first one, and if you had, what did you think about the script for the sequel?

Diane: I did not see the first one or read the book. I don't know why. Maybe I was too young to see it when it came out or didn't want to scare myself into not doing it. Regardless, you couldn't rent movies during this time, so I just focused on the script and made my role as real as possible.

Caps: You played Monique Junot in "Better Off Dead...". It was another unusual teen movie for the 80s, this time being like a live-action cartoon. What was it like working on the movie?

Diane: Once again book time, tons to say, but in general working on the film was so wonderful that director, Savage Steve Holland wrote the foreword to my book! Very cool! 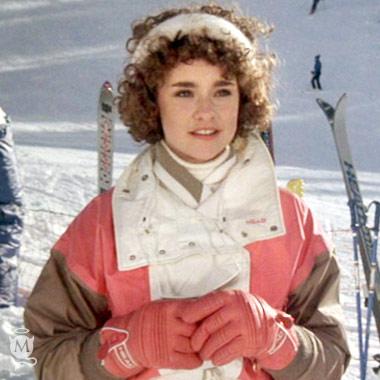 Caps: John Cusack has expressed disdain for this movie. When you were working with him, did you catch any of those vibes coming from him? (Sorry, the book again)
Caps: In 2010, Turner Classic Movies aired "Better Off Dead" as part of a night of 80s teen movies. If you weren't aware of that, what do you think of it?

Diane: Yes! A friend of mine told me it was going to be on. I felt honored.


Caps: You played Amanda Ewing in the 1987 TV movie "Dallas: The Early Years". Was that designed as a pilot for a spin-off, or was it a stand-alone film?

Caps: You played Princess Joanna in "Bill And Ted's Excellent Adventure". What are your favorite memories of working on that film?

Diane: Book answer is probably getting boring to you by now but I will say that it was an Excellent Adventure!

Caps: Why didn't you come back for "Bill And Ted's Bogus Journey"?

Diane: Good question. I would love to find out. Kim and I were considered for the roles, but not selected. 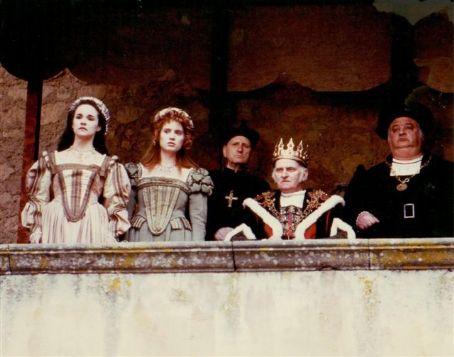 Caps What roles did you audition for, but didn't get?

Diane: Also in book, but let's see if I can remember any I didn't mention? Um...Crazy People, the Daryl Hannah role.

Caps: What are your feelings on shows like "Dancing With The Stars"?

Diane: I don't watch it but I love to dance, and think it would be fun to do! 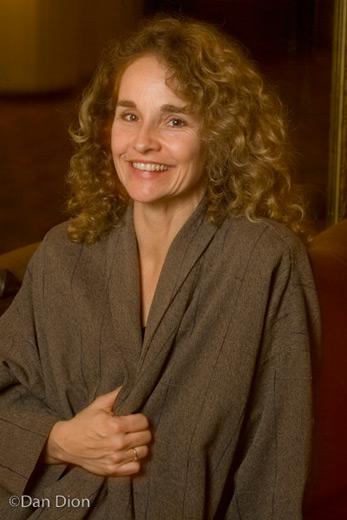 Caps: Your acting work has slowed down in recent years. Is there a reason for that?

Diane: Oh, thank you for putting that so sweetly! I go into more detail about this in my book, but just as my focus went whole-hearted to my career in the 80s, it turned toward my marriage and family in the last 2 decades. Now that my kids are older I will have more time to pursue other things. Perhaps more acting roles. We'll see.

Caps: When you look back at your 80s movies, do you feel embarrassed by how you look?

Diane No way! I think I looked 80s cool! 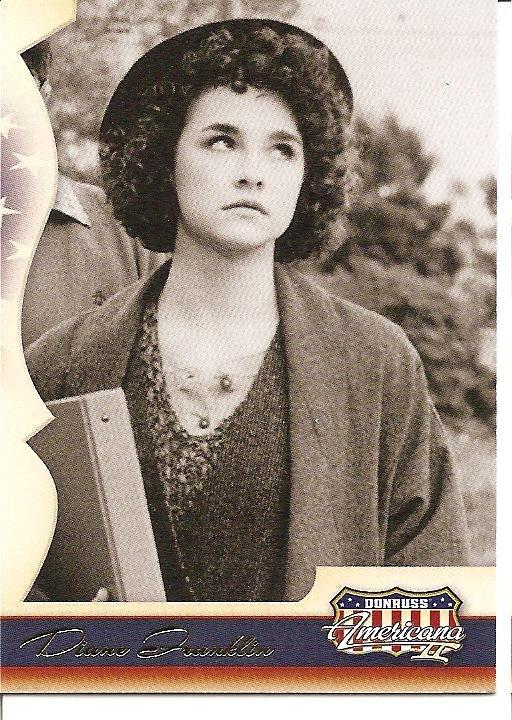 Caps: What advice do you have for those who want to enter the entertainment industry?

Diane: READ MY BOOK! Seriously, it should be required reading for anyone who wants to be an entertainer!

Diane: Wow. Cool question. No, my career has truly been an Excellent Adventure! 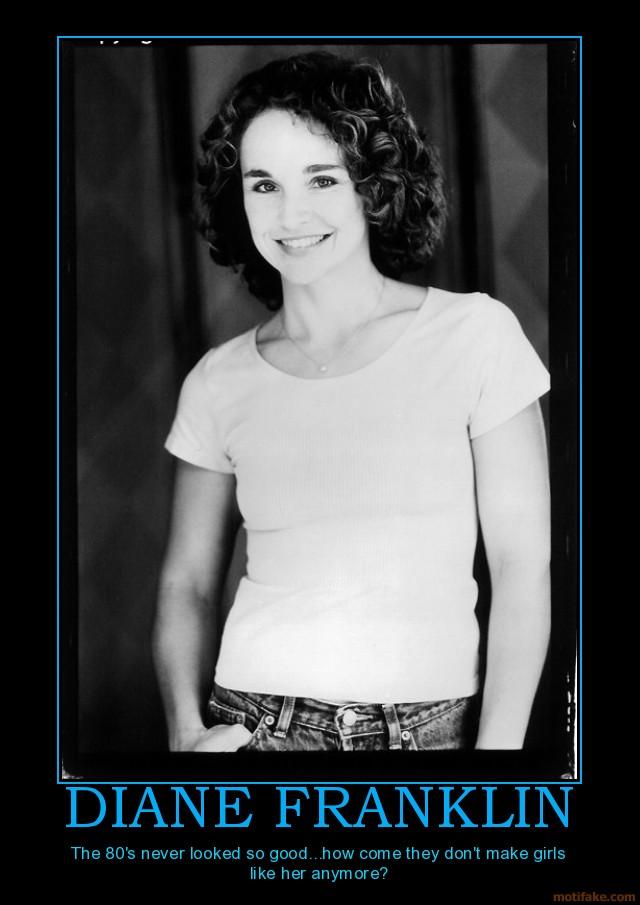 The book that Diane was talking about is her independently published autobiography "The Excellent Adventure of the Last American, French-Exchange Babe of the 80s". I haven't had a chance to purchase it yet, but I plan on doing so soon. For more info on it, visit the book's website at http://dianefranklin80sbook.com/Home_Page.php.

Her official fan page can be found at http://dianefranklinfan.blogspot.com/.

I would like to thank Ms. Franklin for working with me, and I hope that you enjoyed reading this.
9
Login To Vote!
More Articles From Caps_2-0

11
Quote O' Matic
SpongeBob(disguised as car radio): "Now back to KRUD with all of your personal "You won't get away with stealing my car!" hits."
SpongeBob SquarePants

11
Caps_2-0
Holding Patterns...
The style and sound may change, but somehow, the entertainment lives on.
An unhandled error has occurred. Reload Dismiss