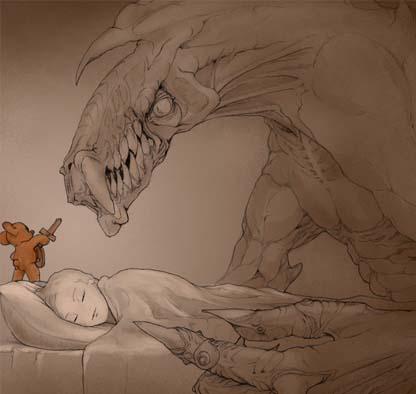 Every kid has their own special stuffed animal, a stitched-companion that you can always call upon when you are sad, angry or afraid of the dark. In the mid 1990's the "in" toys were the highly sought after Beanie Babies. 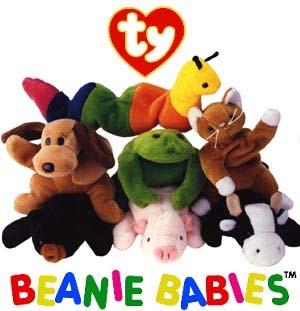 Beanie Babies were first appeared in New York's 1993 World Toy Fair and by 1995 became one of the hottest fads of the 90's. What made these tiny teddies so sought after? They were relatively inexpensive, cute and of course, they were highly collectible. When the Beanie Babies first hit the scene there were only nine cuddly creatures to choose from. 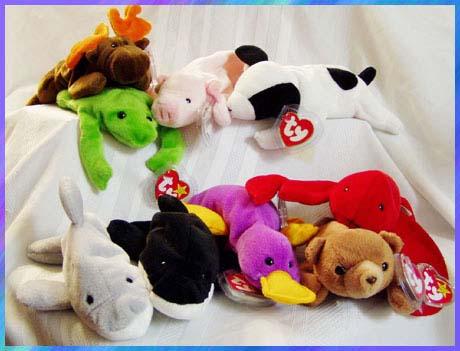 Their names were Legs the Frog, Squealer the Pig, Brownie the Bear (later renamed to Cubbie the Bear), Flash the Dolphin, Splash the Whale, Patti the Platypus, Chocolate the Moose, Spot the Dog and Pinchers the Lobster. These Beanies first appeared in small gift stores in the Chicago area in January 1994. Shortly after this time they started to gain momentum in the popularity department. After the initial launch TY created a second series of Beanie Babies. This is when I first became involved with the plush pets. I was about 6 years old at the time and my mother, brother and I were about to go on a trip to Tennessee. My mother had seen on the news that the Beanie Baby fad was becoming extremely popular. With that she had found out that our local shopping mall was having a "Beanie Baby day", pretty much a 'Black-Friday' event for crazy people who need beanies. The mall promised to have all the newest Beanie Babies for sale in massive quantities. Mom, the super-woman that she is was determined to get some of these elusive critters for her two sons. So, off to the mall we went. I had never seen so many Beanies in my life. There were several colorful tables set up, each with a mountain created out of a specific Beanie Baby. I guess my Mom was determined to make her trip worth-while because she bough me and my brother three Beanie Babies each! I got Waddle (the penguin) Speedy (the turtle) and Quackers (the duck). I remember that some people were grabbing armfuls of the beanies and the cashiers made a limit of only two beanies of each species, per person. I suppose this was to weed through the people you see on t.v who use shanks to guarantee they get their sought after merchandise. 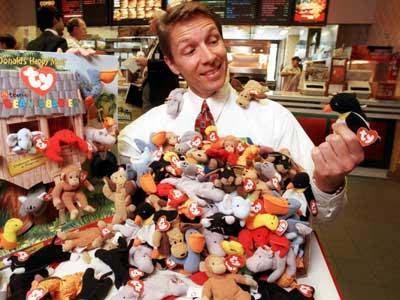 After my first few beanies I had so many that I swear they were breeding! My family members were always bringing me a beanie babies as gifts. I loved playing with my furry friends but of course, there was the issue of the "hang tag". All Beanie Babies had a hear-shaped hang tag that pretty much was a pseudo birth certificate.ã€€Each heart had a big "TY" stamped on it (just in case you forgot about the plushie conglomerate) and when you opened up the little heart tag, there was a birthday of you beanie and a little cliche poem that gave you a glimpse of the Beanie Babies "personality." I had a very bad habit of taking the tags off of my beanies because I used to feel that the tag was hurting my precious plushie. My mom wasn't too thrilled with this because it then meant that the Beanie Baby was dare I say it, worthless. 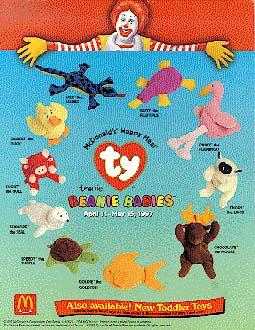 From the years of 1997 until 2000, Beanie Babies annually made a appearances in McDonald's Happy Meals. When they first appeared I remember that people were going crazy for these new "teenie Beanie Babies," but I'd be lying if I said that I didn't want them. So, when I was in grade school my mom would take me to McDonald's twice a week for a happy meal. The cherry on top was that my mom also would stop at McDonald's on her way home from work just to buy the happy meal toy. So much effort went into these little things so I could have the whole set of these happy meal prizes. On the plus side, I was king of the playground. 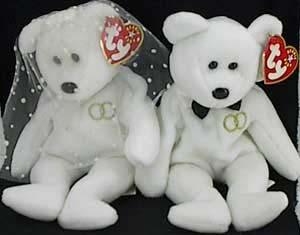 I really liked these because one of the games that I would play with my Beanie Babies was "Family" and the teenie Beanie Babies were the babies. I would always have the Beanies have a wedding and then a baby. Looking back now, I guess I was a conservative- Republican in my childhood because I only allowed the same types of animals to get married *shudders*. But, my information was usually incorrect at that time. I also thought that when a Beanie Baby "retired" it mean that they were old, decrepit and close to death. My morbid Beanie Baby thought really have nothing on my roommate though. She said that when she was little her favorite game to play was "Beanie Funeral". Basically how you played was you would pick a beanie to get murdered, have a big funeral (with mourners and family) for the perished plushie and then create a drama story about how said Beanie Baby was killed. Fun huh? 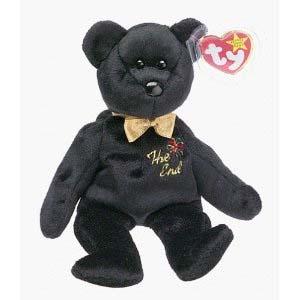 Although there were still some very popular and highly sought after Beanie Babies (Cubby the Bear,Garcia the Bear based off of the late Jerry Garcia and Princess the Bear dedicated to the late Princess Diana) The craze lasted through 1999 and slowly declined after the Ty company's announcement that they would no longer be making Beanie Babies and made a bear called "The End". I remember seeing the 'The End' at our local Christmas shop that year. I felt no need to buy him because he seemed like nothing special. Although that ebony bear was supposed to mark the end of the Beanie Baby franchise, to me it never really seemed like they died out. Still every card shop you went to (still to this day) you would always find some Beanie Babies. It's kinda nice to still see the things from my childhood. 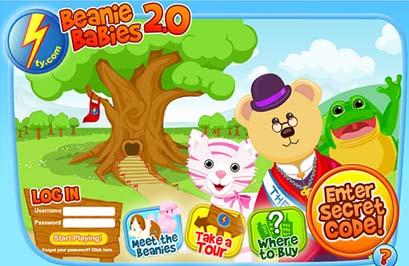 Following on the coat-tail of Neopets and Webkins in 2008, Ty decided it was time for Beanie Babies to go online. This new version of Beanie Babies was called Beanie Babies 2.0 (good thing they weren't cliche). Now when you buy a Beanie Baby 2.0 you also get a code to access a interactive Beanie Baby utopia. I suppose that the generation will get a little more bang' for their buck since you now get to play with your Beanie on the internet as your friend. But, to be honest I really enjoyed my senseless, imaginary play over the new beanies that are out today. I think that I might just have to dust off and open that old cardboard box of my old friends that live in my closet.
Please comment and share your stories with me!
~The Disney Prince
13
Login To Vote!
More Articles From TheDisneyPrince 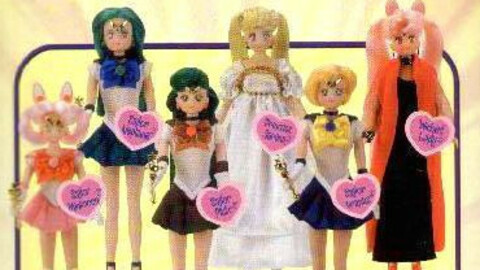 18
TheDisneyPrince
She is the one, Sailor Moon!
Nostalgia about the Sailor Moon show and toy line.