There is a villian afoot

Stand up retrojunkers and take notice before he strikes again.
By NostalgicJester
On
What follows is a transcript of the press conference held by Detective Roger Isaacs of the LAPD on Dec. 4, 2007.

Ladies and gentlemen of the press if I can please have your attention. We are all in grave danger. Please, please calm down. I need you to hear my following statement, I need you to share this with the public.

We have recently uncovered a crime ring that runs deep within the film and television industry. One man has been found to lead this crime ring, however, we have been unable to apprehend him. He is a very wealthy man with far more connections than those we have identified so far. His real name is Trevor Donovon but he is known to us as The Re-Do Killer. He is considered very dangerous and as I have stated before, he is still at large.

His crimes are for profit and as to date are unique only to him. He attacks the one place we thought we were all safe. He brutally attacks and kills... or memories. The Re-Do Killer does everything in his power to take the things we held dear and he twists them into vile recreations. New and unholy creations that don't deserve a place in our minds let alone our hearts.

Recently he has been very active. He has targeted old television shows, cherished movie franchises, comic books, cartoons, and clothing. Many of you have seen a rash of updates, remakes, and God-forbid, re-imaginings and have been unaware that he is behind them.

We have photos of men who have been reported to be The Re-Do Killer, but apparently these men were only funded by him.

We also have photos of some of his victims. I warn you, they may be graphic and I ask that you take caution as I show them to you. The first set of pictures show a group of previously favorite 2D animated characters that he kidnapped and brainwashed through a series of mind games and torture. They were again released but their minds are now so warped that they think they are horribly rendered computer generated images or CGI. 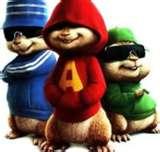 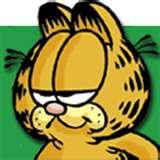 Victim's name: Garfield
And in this case the character was made to believe he was a man in a suit. Sadly this poor creature had just miraculously reformed prior to his kidnapping. 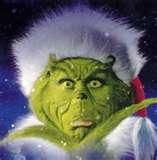 We also know of other mediums The Re-Do killer has hit including TV and fashions. He has taken or favorite shows and brands or characters and turned them into jokes. For example this t-shirt known as a "Vintage Tee" features everyone's favorite Beagle as a lazy shiftless loser on a shirt meant to be worn by a man who is notorious for being a lazy shiftless loser in order to get a laugh out of his equally lazy friends. 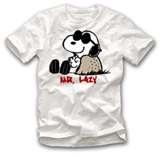 And finally before I let you all go I want to warn you about the updates, the remakes, and the re-imaginings. 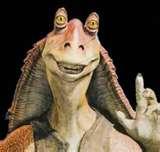 Just because the Star Wars name is on it, that doesn't mean it's gold. Poop covered in gold is still poop.

The Re-Do Killer reels you in with great directors and awesome costumes so that you forget what made the originals great, campy-ness.

Folks please be mindful of this man. Do not be naive and buy into his traps. Just because your favorite character is given a new visit it DOES NOT mean it is good. He will spill the blood of your fond memories. The only way to stop him is to buy DVD's of your favorite childhood shows or pull your old Transformers out and show him that you are happy with those. Show him you don't need updates to be content. And please, please don't leave your children unattended. Let them see the toys and shows that made you happy let them make their own memories with new things and not rehashes of our things. Do the right thing folks and stay at home watching Transformers: The Movie not Shia LeBeouf meets large robotic aliens that kinda resemble the Transformers.

Thank you and have a good day.
21
Login To Vote!
More Articles From NostalgicJester