Take a look at this movie that I bet you haven't seen!
By dalmatianlover
On 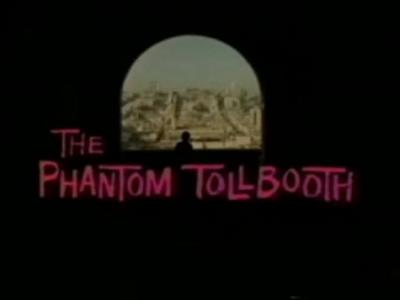 It's time to take a look into the vault. Today, I'm writing this article, which is going to be about one of the most underrated animated movies of the 70's: "The Phantom Tollbooth". For those of you who may not know, this movie is based on a book by Norton Juster, a quite good one too. The movie was filmed in 1969 but released in 1970. I discovered it in 1995 on Cartoon Network as a feature played on "Mr. Spimm's Cartoon Theatre". 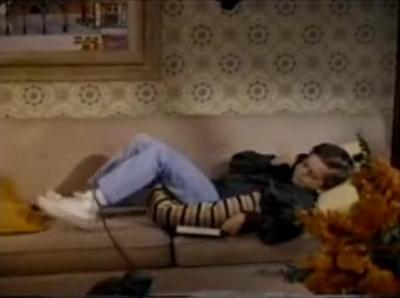 The movie opens up with this live-action segment. It starts out focusing on this kid named Milo who is so bored with the world. The character of Milo is played by Butch Patrick, who is most known for playing the role of Eddie Munster on the TV series, "The Munsters". Anyway, Milo comes home from school and gets a phone call from his friend, Ralph, and he complains to Ralph how boring his life is. 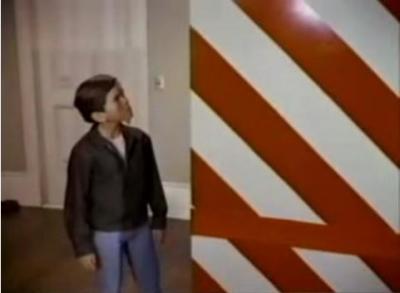 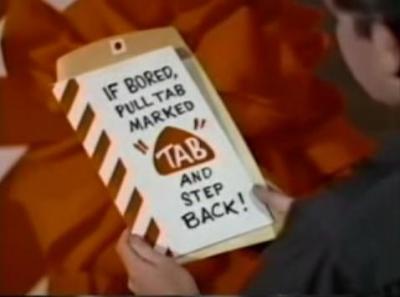 Suddenly, Milo discovers this weird box in his bedroom (a freaky-looking one, I might add). On the box was an envelope saying that it was a present for Milo. Inside the envelope was a message telling Milo to pull a tab. 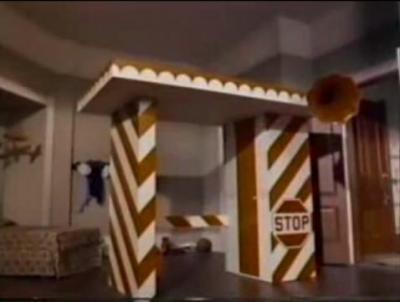 Milo does so, and BOOM! Suddenly, the box explodes into this tollbooth. The tollbooth talks to Milo and says he has earned a trip into the world beyond...beyond his wildest imagination. 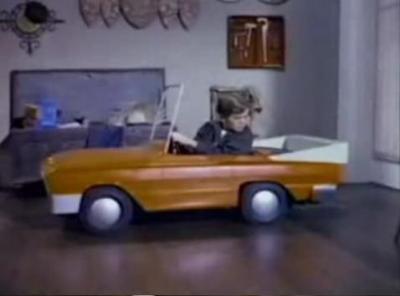 Then, suddenly, out of nowhere comes this car, which he is to use to drive through the world he's about to enter. He is also supplied with a map and an instruction manual. After making up his mind, Milo drives through the tollbooth, and now, he's become a cartoon. 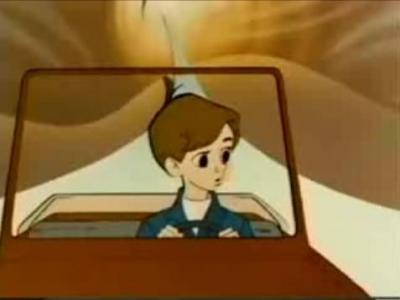 Milo now has no idea what he's doing. He's driving through this animated world he's never seen before. You can probably tell by the animation and the music that this movie was directed by Chuck Jones, who, prior to "The Phantom Tollbooth", is most known for his work at Termite Terrace at directing some of the classic Looney Tunes shorts like Bugs Bunny, Wile E. Coyote and Pepe Le Pew. 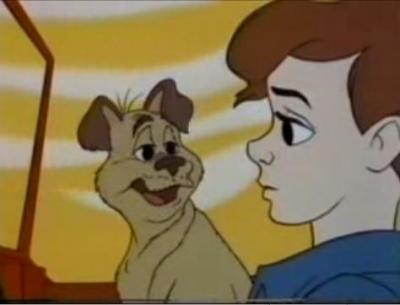 Along the way, Milo meets up with a watch dog (Wow, I can't believe I'm making that kind of a pun) named Tock. Tock is only one of the few beings in this strange world who makes any sense. Milo was pleased to meet Tock, and they both became really close friends. 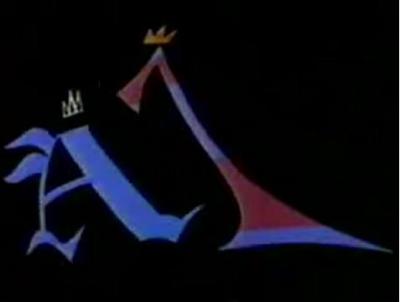 Tock explains to Milo the whole purpose as to what's going on. In this world, words and numbers are at war. When the old king of this kingdom (formerly known as the Kingdom of Wisdom) died, the kingdom was divided into two states: Dictionopolis and Digitopolis. King Azaz, the ruler of Dictionopolis passed a law that words are more important than numbers, while the Mathemagician, the ruler of Digitopolis, passed a law of the exact opposite. Their only chance of bringing the kingdom back into sanity is to go to the Castle in the Air and free the princesses of Rhyme and Reason from the evil demons. 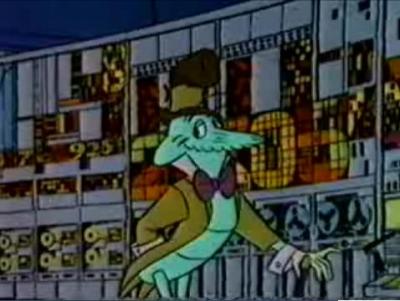 Milo and Tock went to Dictionopolis and Digitopolis to speak with both kings to let them know that they were going to free Rhyme and Reason. While in Dictionopolis, they got a new teammate, Mr. Humbug. Both kings were pleased to hear about Milo's mission and thought it would really help their kingdom. I might also add that this movie introduced me to the word: "Balderdash". This was before I knew about the board game. 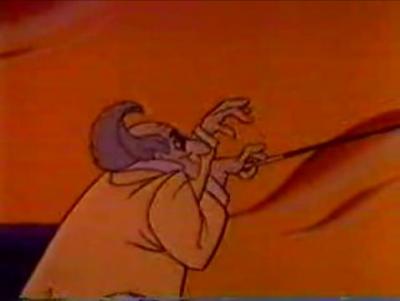 One scene in the movie that really stuck out to me was the scene that involved Chromo the Great. Milo had a chance to meet him just in time to watch him conduct the sunset of the night. 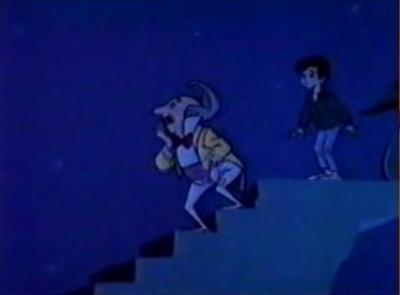 After which, Milo came to Chromo and complimented on his work. But then Chromo went to sleep and told Milo to wake him up at 5:23 so that he could conduct the sunrise. This left Milo in a desperate situation. 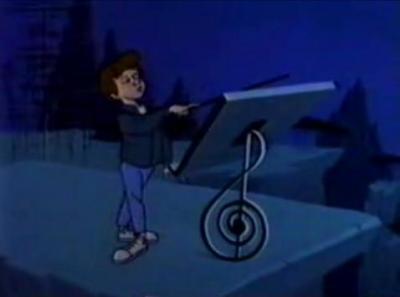 Humbug, however, suggested that Milo should conduct the sunrise himself and save them some time. Did Milo do it? You bet he did! 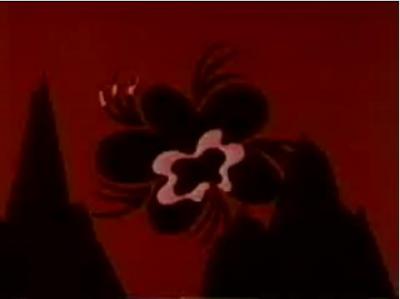 But, of course, having no conducting experience at all, Milo made a complete disaster out of the sunrise and messed up the whole sky leaving absolutely no sense in the Kingdom of Wisdom. 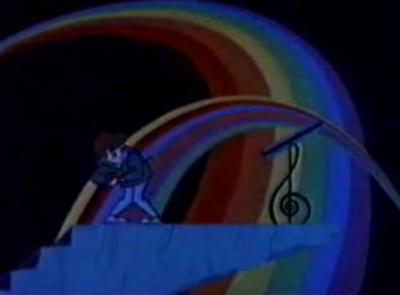 Man, they were on drugs when they made this movie! If you thought "Yellow Submarine" was weird, well this movie makes that movie look like "The Lion King"! I can't believe I'm making that kind of a comparison! 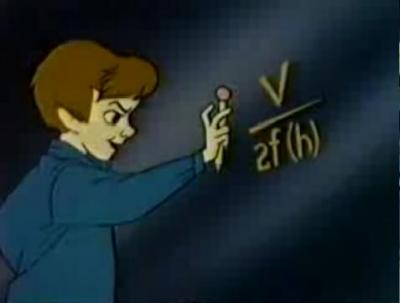 Towards the end of the movie, our heroes make it to the Castle in the Air, but first, they must face off with the demons who guard Rhyme and Reason. By this time, however, Milo has learned that everyone is not what they may seem, and he figures out how to deal with the demons. Now, that's heroism right there! 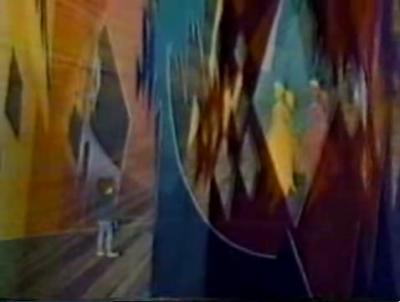 I'd probably go on about the movie, but then I'd probably give away the ending. I guess I could say that there are some other familiar voice actors in this movie like Mel Blanc, Daws Butler, Hans Conried and June Foray. I actually find it kind of ironic that Chuck Jones decided to do this movie. He's one of the greatest cartoon directors of all time, and for this movie, I'd say he was the perfect guy to direct it. Even though the movie did scare me to death the first time I watched it, I still consider it to be an overlooked gem that many should view.
So, if you've been on a search for the freakiest and most bizarre animated movie ever, your search has ended. "The Phantom Tollbooth" is the one. If you happen to have any desire to watch this movie, my best recomendation is don't watch it on the weekend, because if you do, it'll haunt you until Monday morning. If you want to try to find this movie, check DVD Planet (believe me, they have everything). If not, then just keep on searching for it; I'm sure there may be a copy of it out there, and good luck.

Oh, and one more thing: IF ANY OF THE STUFF ON THIS ARTICLE SOUNDS LIKE THE ANGRY VIDEO GAME NERD, DEAL WITH IT!
19
Login To Vote!
More Articles From dalmatianlover 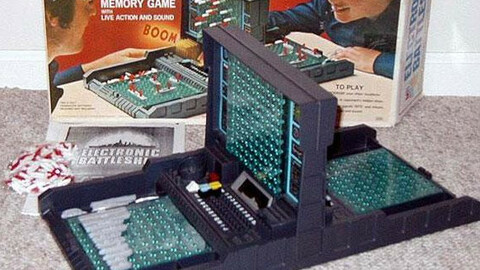