The Best Of The Badist

The Best Of The Badist - My List of Bad Ass People That Shaped My ChildHood
By System
On
This Is just Something i was thinking about and thought i should write about it .
This is a list of People That when You were younger You Related TO Wanted To be Or Wanted To know. Now not every Person Well Agree on the list But Leave Your 2 Cents And i Well update The List But this is just My Point of Veiw. 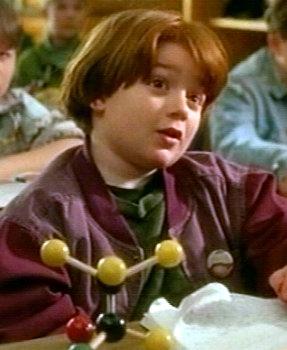 Four years younger than his brother, Little Pete is often engaged in struggles against adults and other authority figures. He frequently uses insults like "blowhole" and "bite my neck hair." "Petunia," a tattoo on Little Pete's arm depicting a woman, is frequently made to "dance" and gets its own credit in the show's opening sequence; the origins of that tattoo, and one of a sailing ship on Little Pete's back, are unclear.


Now When i Was Younger I watched this show ever day and Younger pete was the coolist kid alive some one you would want to always hang out with. He was the star of the show he made the show worth watching in my eyes he always had his own ideas and never let nay one tell him diffrent. he was infamous around his town and more but he wasent a bully but people respected him and knew him. but in every episode he would get into some type of problems but always fixed it in some weird derange way. 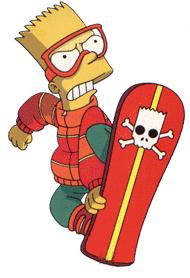 He is a self-proclaimed underachiever who begins each show in detention writing lines on the blackboard. He is pretty much distracted by anything, even, strangely enough, algebraic equations. His penchant for shocking people began before he was born: Bart "mooned" Dr. Hibbert while he performed a sonogram on Marge. He is considerably undermotivated and takes great joy in disrupting the routine at Springfield Elementary, yet his pranks are often elaborately complex, while his actions and speech frequently show considerable mental agility, street-smarts, and understanding, so he cannot be called "stupid" per se. Despite this, however, he seems to have trouble understanding even the simplest things, such as the word "irony", what the equator is and that the logo on his globe isn't actually a country. The fact that he is the son of Homer and shares many of the same mannerisms and behaviors may account for his antics. Homer even described Bart as "a younger, more in-your-face version" of himself. There are other moments however, where it is hinted that Bart represses a startling intelligence


Now Bart is Just Bart there is nothing you cant say about Him that aint just Really cool Even thoe he is a Cartoon Every one Wanted To Be Bart Act like Bart And just be around Bart. The Best thing about bart is every one Knows a Bart or there a Bart them selfs. I grew Up watching Simpsons Ever Day i would Watch it and Way Before South park this was the show your kids should NOT Watch. Just like in south park When they were poking fun at the Simpsons By saying " Simpsons Did it " Its true You can watch any Cartoon and Just Say to your Self Bart did that on this so and so Episode. Bart point Blank Is a Cartoon and Pop Culture Icon and Legend. 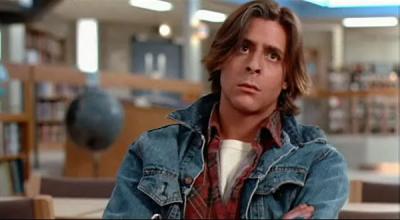 .
Played by Judd Nelson, he is the stereotypical bad boy--long hair, leather boots, biting sarcasm and a serious attitude problem. Many people think that he is given the best lines of the film.

More so than any of the other characters, he provides the catalyst for the group's path toward solidarity and self-discovery; there are several instances in which he gets one of the others to admit to something they don't want to simply by badgering it out of them, and he has a peculiarly sporadic sort of wisdom.


I know This a Little Bit Before My Time But not By Much since i was Born in 87 But Bender Was Great He Was The Start Of Ever High School Bad Ass If I Can Say So. Breakfast Club Was A Very Good movie But Only Because Bender Really Brought The Moive To Life. With his Perfect Witty Lines And Great Timing For them. After This Movie I seen Alot of my Friends Wearing The Gloves Growing There Hair. In Some Ways You Could Say Bart Simpson Could Be The Watered Down kid Version Of Bender.

Heathcliff as seen in the strip is predisposed to annoying the manager of the fish store, tipping over garbage cans, annoying the milkman, and pursuing female cats. Heathcliff is also involved in a difficult relationship with the goateed owner of the house he lives in. He is, overall, an adventurous and fun-loving cartoon character. He is not predisposed towards apologizing for the endless situations he finds himself in the cartoon.

Now i Know he is Not a "Child" But Heathcliff Made me Want A Talking Cat He Had Women And Everything You Could Ask For(If You Were a Cat). He Had The Ladies The Only Cat Dogs Were Afriad Of He Was Just The Orgianl "TOP' Cat. 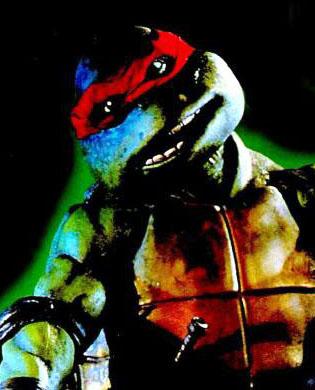 The team "anti-hero", Raphael has an aggressive nature and seldom hesitates to throw the first punch. His personality can be alternately fierce, sarcastic, and full of angst. He wears a red mask and wields a pair of sai. He is named after Raphael Sanzio.

Raph Is my Fav Of all Of The Turtles He Was The First To Act And The Last To Pull a Punch He Was a Hero But If He Had To He Could of Been Evil. Now He Wasent Bad But he Was One Hell of a Bad Ass He Had His Little Rivaly With Leo But Would Do Anything For him and his other Brothers He Was the BatmaN of the Group. I always Wished They Would of Made a Series With Just Him On a Solo Thing He was My Fav Super Hero Ever.
0
Login To Vote!
More Articles From System