I'll Be Home For Christmas

An Underrated Christmas Gem
By MelloMovieReview
On
There are so many films from my childhood that I could dive into and dissect for nostalgia purposes, but I want to take a moment and remember a film most people don't.
"I'll Be Home For Christmas" (1998) 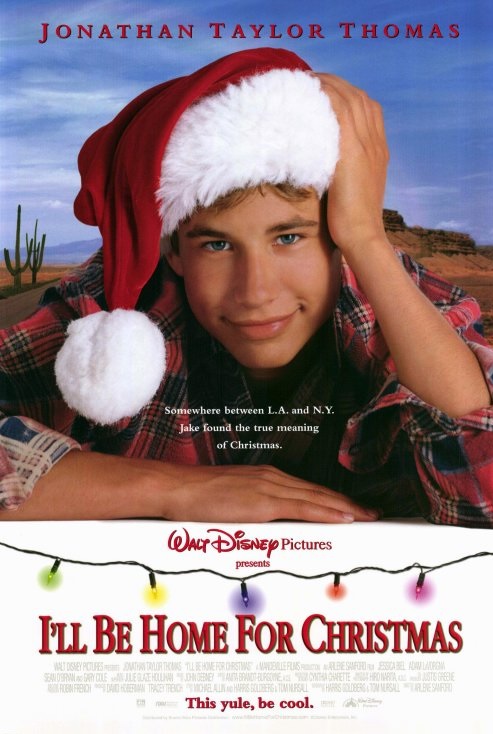 You may be asking, "Why write about this film? I've never heard of it."

There is a reason. "I'll Be Home for Christmas" made $3.9 million in its opening weekend, finishing at 6th at the box office. This film only grossed a total of $12 million, against its $30 million budget, making it an official Box Office Bomb. The marketing was terrible. JTT's name is as big as the title of the film, and the tagline "This Yule, Be Cool" was not an indication of how corny the film is. No wonder people avoided this, that tagline makes you think that's the quality of writing you're about to get in this film.

It probably came out about two years too late for JTT to carry the film for a major Box Office draw. However, it is the perfect 1990's Holiday film for the entire family and I'm going to explain why. 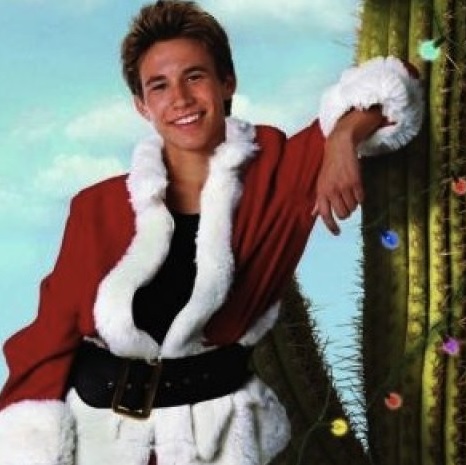 JTT as he was known by in the 1990's was fresh off his successful sitcom "Home Improvement". He encapsulated the 1990's persona. This role was written for him, anyone else would have failed miserably in this same character, he thrived. It was just the right amount of cheesy humor, and serious moments that blended very well. You have to fully commit to that type of balance, and JTT does it in a way where you walk away feeling good about life. It's a 'feel good' film. What more can you ask for? No more, no less.

The problem is that by 1998, JTT was not doing "Home Improvement" anymore and the late 1990's were shifting to a newer, darker, more serious brand of family films. This film would have NAILED it in 1996, but because of the cultural and tonal change of society and Hollywood, he wasn't going to draw a large audience. 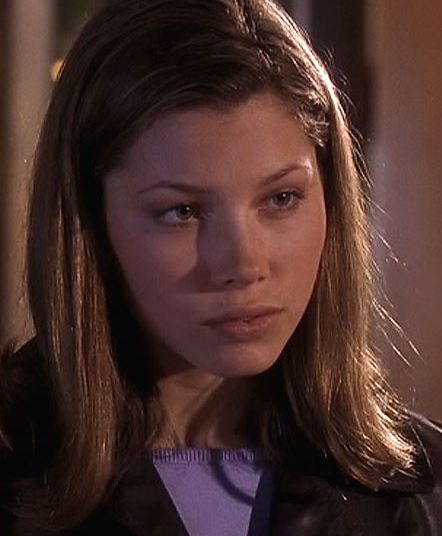 What personifies 1990's like '7th Heaven's own bad girl? You have the perfect marriage of cultural teen icons. The WB's Jessica Biel and ABC/Home Improvement's charming son.

The problem with her is she was about two years away from a real box office draw. The opposite of JTT. While he was past his prime (already in teen's minds) she was just becoming a house hold name. This role was early for her.

So while these two were the perfect 1990's Family Holiday Teens, society didn't know it, so they skipped a gem. 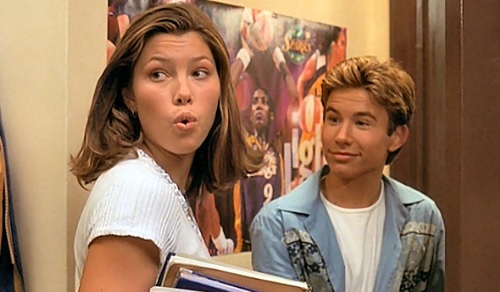 Jake (JTT) is a freshman at a Southern California College. He is trying to charm his girlfriend Allie (Biel) into going on a tropical resort vacation for the Holidays. Allie wants to go home to the Northeast for a traditional Christmas. When Jake realizes his plans aren't going to work out, he is bribed by his father to come home like Allie. If Jake can get home by 6:00pm for Dinner on Christmas Eve, he gets his dad's antique Porsche. 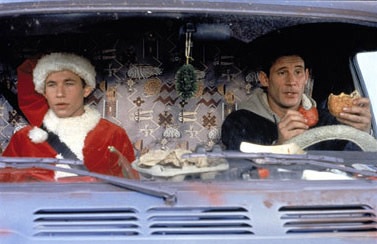 Eddie (LaVorgna) is his rival at College. He wants everything Jake has, and they battle to be the alphas on Campus. After a series of unfortunate events, he ends up knocking out Jake, dressing him in a Santa suit, and now JTT has to get home with no money, no car, no help. While Jake is hitchhiking across America in the same style as Steve Martin in "Planes, Trains, and Automobiles" Eddie is driving in style with his girlfriend Allie. 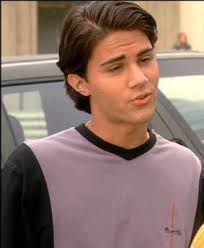 This is where the story gets good. Before this point it's the plot of "Saved by the Bell" or "Ferris Bueller's Day Off".

-Rich Popular Kid
-Sexy Girlfriend
-Dorky Best Friend who helps him with his plots
-Plot foiled by rival alpha male
-Kid overcomes obstacles and learns the errors of his ways after many gut checking moments. 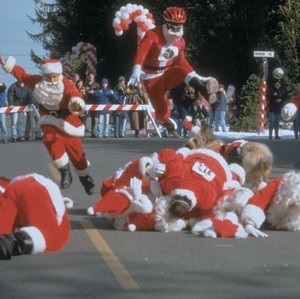 Act Four: Why it's good. 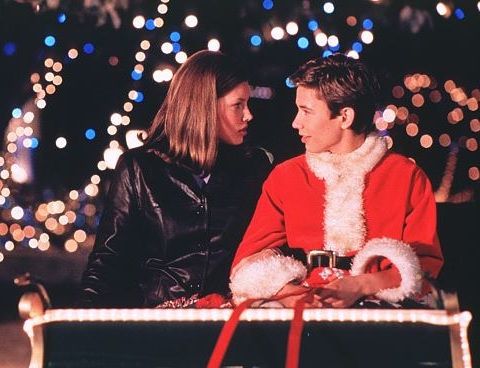 The film 'feels' like Disney's version of Zack Morris or Ferris Bueller. It's a harmless, fun, entertaining family holiday film.

There are few films you can watch with a 5 year old, a 15 year old, and a 50 year old in the same room and everyone gets something.

The side characters are what drives the film. Jake runs into new obstacles in just about every state of the United States. Each side character drives the plot for just about 10 minutes before Jake is off to the next thing. That keeps the film's pace very upbeat and interesting. If they cut the side characters in half and spent twice as much time with each character it would spend too much time in the realm of 'corny mess'. If the deep/dramatic scenes tried too hard, it would feel forced and the emotions wouldn't feel real.

This is very much a feel good family film. Nothing too heavy, nothing too light, just right. 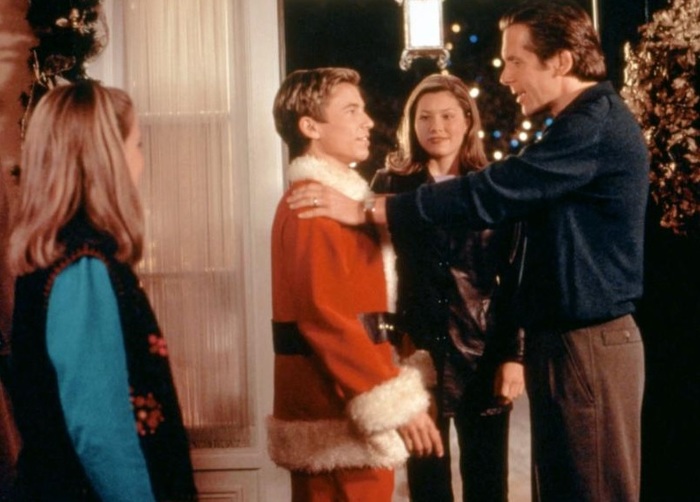 I was 12 when this film came out. I was the perfect demographic at the time this film was targeted at. I grew up with "Home Improvement" and I was just getting into "7th Heaven". It was also made by 'Disney' and I grew up during Disney's Renaissance from 1989-1999.

This movie was just another fun day out to the Cinema Plex back in 1998. There isn't anything that stands out that makes this film rise above other Holiday Classics such as "Home Alone", "National Lampoon's Christmas Vacation", or the like. However, what this film succeeds in doing is capturing 1990's as a decade. 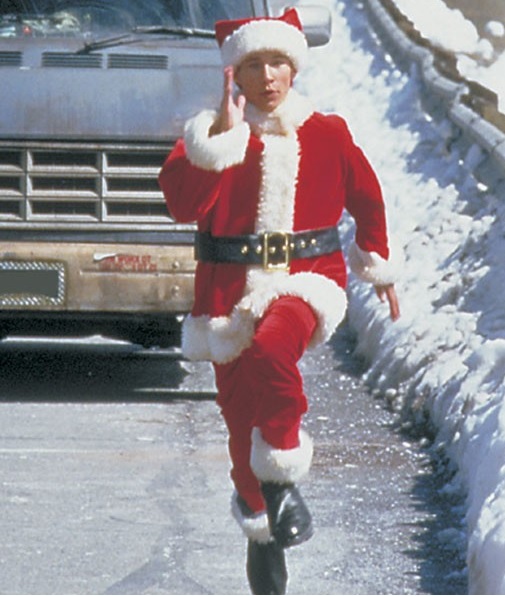 This film is a perfect 'selfie' or 'snapshot' of the decade. It's the best of what I remember most from the 1990s. The cool rich misunderstood kid, the mean rival kid who wants your girlfriend, the intelligent/independent, yet beautiful popular girl, the actors from that generation. It's special NOW to me. I saw this on NETFLIX streaming a few years back and I hadn't seen it since I was about 15 years old. Now, I watch it EVERY CHRISTMAS. It's a part of my 'must watch' Christmas collection.

This film is a combination of "Planes, Trains, and Automobiles" "Saved by the Bell", "Ferris Bueller's Day Off" 'Disney', and the Holidays some how mixed with 1990s sitcom glory. The credits are to the sounds of "Happy Holidays" by *NSYNC. You don't get any more 1990s Teen than that!

I give this film 4 Snowpuff the Elf out of 5 for Nostalgia, and a 3 out of 5 for overall quality. If you didn't grow up in the 1990s, it may not hit you in the jingle balls the way it hits me.If you did, move your candy canes and watch it.
7
Login To Vote!
More Articles From MelloMovieReview

1
Daniel85
Deck the halls with Marvel Comics!
Here's a look at some classic subscriptions advertisements from Christmasses in the late '80s and early '90s.