A essay about The Kurgan
By rowemedic
On

In 1986 a classic movie was released called The Highlander. It is about a group of immortals who can only be killed by having their head separated from their body. These immortals will be called together to fight to the death. This is known as the gathering. The victor of each battle experiences the quickening where the strength and knowledge of the defeated is gained through violent convulsions with lightening accompanying. The main character is Connor McCloud, played by Christopher Lambert, a Scotsman who is banned from his village after being mortally wounded and returning from the dead. He later meets another of his kind named Ramirez, played by Sean Connery, who teaches him of the gathering and of swordsmanship. The villain Victor Kruger, aka The Kurgan, is played by Clancy Brown. Connor and The Kurgan eventually fight in an epic battle to see who will win the prize, all of the knowledge of the world. Connor wins the match but it still leaves us with respect for, in my opinion, one of the greatest villains of all time.

Clancy Brown is a large man that stands about 6'3''. He has a loud, deep voice and had done numerous voice overs. His size played a huge role in the importance of the villain. 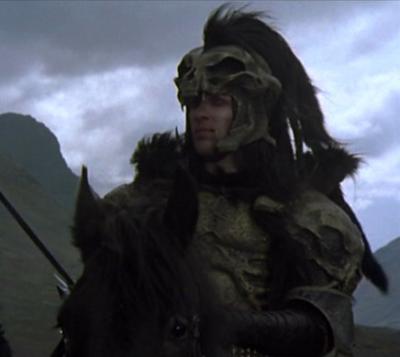 The Kurgan is a ruthless, heartless killing machine that methodically runs through warriors without fear. The obvious pleasure he gets from killing is enough to propel him to the upper levels of villain hierarchy. It is the lines and sayings that he says that carries on making his so memorable. 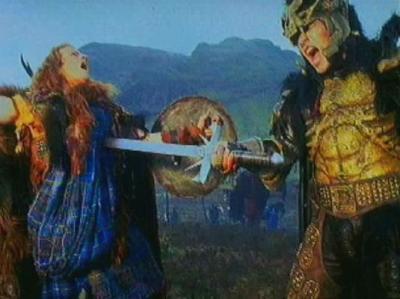 "I HAVE SOMETHING TO SAY, IT'S BETTER TO BURN OUT THAN TO FADE AWAY! THERE CAN BE ONLY ONE!
In walks a prostitute. She says, “Hi my name is Candy
The Kurgan replies, “OF COURSE YOU ARE! 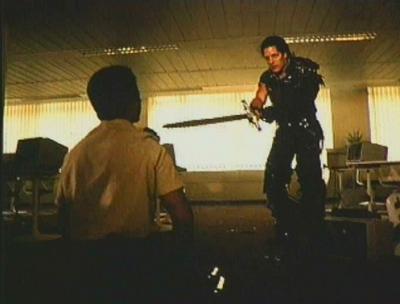 He enters a church to confront the hero and they cannot engage because the church is a holy place. He then asks the priest about Jesus
"He CARES FOR THESE MORTALS?"
The priest replies, “Yes he died for our sins."
The Kurgan replies, "YES! AND THAT SHALL BE HIS UNDOING."
This all takes place after he puts out all of the prayer candles. 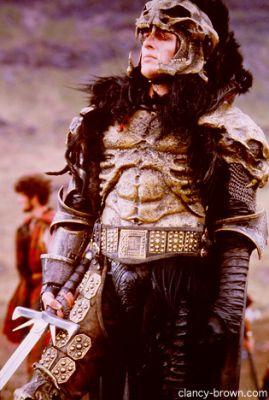 In the movie The Kurgan finds the home of Connor and goes there to kill him. Connor is not at there but his wife and Ramirez is. The Kurgan and Ramirez have a battle and the Kurgan kills him. He then kills the woman who he believes is the wife of Ramirez. Later on in the film Connor and The Kurgan discuss the event and the Kurgan says
“I RAPED HIS WIFE AND TOOK HIS HEAD BEFORE HIS BLOOD WAS EVEN COLD." 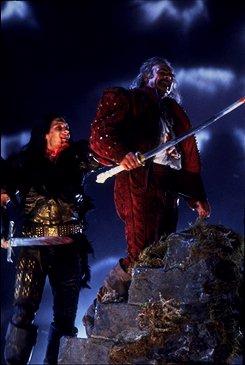 This villain to me is the one of the greatest villains of all time. The highlander spawned a couple of sequels and a TV series. Neither of the two had the Kurgan as a reoccurring character. The Kurgan will always be a favorite character of mine hero and villain alike.

27
rowemedic
From Toys to Action Figures
A short essay on the toys and action figures of my childhood.

16
rowemedic
The 1984 NBA Draft
A short essay on one of the greatest NBA draft classes of all time.