The Dirty Dozen of TV

The characters who you love to hate!
By dnddays
On
In my many years, I don't even want to think of how much time I've logged in front of the tube. It's probably more than most people, and I'm sure it didn't do wonders for my health. I've been fortunate to catch some great TV over those many years and much of it I don't regret. But some of it. Some of it, oh boy . . .

Some TV you just know was cooked up in a rush to capitalize on a trend, or were the the inspiration of a bunch of suits in a board room. Some characters are so insipid, so obnoxious, so downright awful that it defies logic. They are the anti-Fonz, characters who you dread to make their inevitable entrance and you cringe at the sight of them. George Lucas created one during his sabbatical of bubble-living over at Skywalker Ranch, a character who singlehanded almost killed the Star Wars franchise. In my many years of watching television, I've come across some rotten characters, JarJar-esque characters, who have made me question the creativity of Hollywood. Here's my dirty dozen: 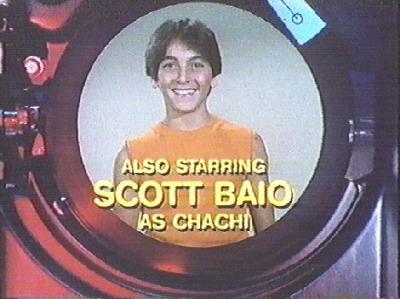 If there is ever a character on a dying TV show who makes preteen girls swoon, he'll get a spinoff, guaranteed. Chachi wasn't so much cool as he was arrogant, and from the first moment the show introduced me to him, I hated him. He was the live-action equivalent to Scrappy Doo, and we all know how much THAT character sucked. To then fill an entire half hour with his cocky, want-to-punch-me smirk just shows that Hollywood is made up of sadists. Fortunately, Joanie Loves Chachi only lasted one season. Unfortunately, it was one season too many. I would have much rather seen a spin off of Happy Days featuring Ralph Malph or Potsie. Okay, maybe not Potsie.

11: Scrappy Do (The All-New Scooby and Scrappy-Doo Show) 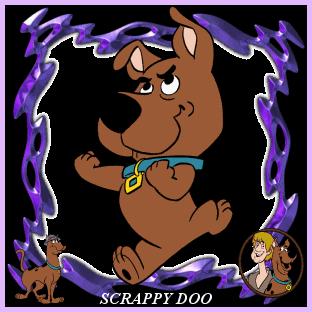 How do you ruin one of the greatest cartoons of all time? Add a Chachi-like jerk of a dog to replace the pseudo-sexual tension of Daphne and Velma, give him more lines than Shaggy, and have him voiced by a sound-alike of Nathan Lane. I hated Scrappy so much I would flip it to the Smurfs. THE SMURFS. To this day I can't stand even that opening theme. Why can't they just let a great show die, without milking the last ounces of coolness and spitting it in my face? 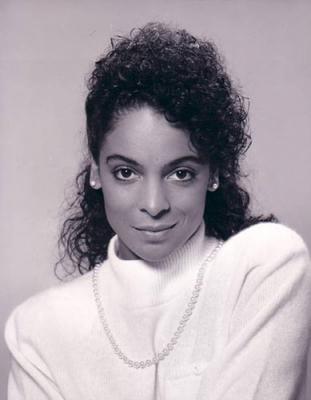 I could begin with the horribly-off accent that just makes you want to stab your eardrums out. Or I could begin with the fact that said accent got WORSE as the show went on. Sometimes it even distracted me from Lisa Bonet and Marisa Tomei. Did Jasmine Guy ever even visit the south, or have a conversation with someone from the south, or watch television and see someone from the south. Or maybe she was just a terrible actress. Though I stopped watching when the two leads Lisa Bonet (see Angel Heart for why I had such a thing for her) and Marisa Tomei left, I still have the displeasure of running into the show while I'm flipping the channels and I hear that voice, and it cuts through me like a shard of glass. It was like listening to Paris Hilton sing Pavarotti.

9: Zack Morris (Saved By The Bell) 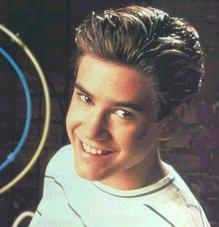 Let me get this straight: Zack gets into trouble over and over again and he never gets kicked out; he never studies and he ends up supposedly being the smartest guy in the state; and everybody loves him even though he's a prick. Sounds like a way to undermine whatever work ethic our country has left. Zack Morris has the benefit of having started off as a not so bad character, which places him above Chachi, so he actually got WORSE over the years. To this day when someone mentions the show I want to lose it, because I feel like a sucker for studying all those years. Who knew I could just hang out at The Max and still get the best SAT scores in the state?

The first Lionel had charm and charisma. Lionel #2, not so much. He was replaced with the good Lionel towards the end, which shows that at some point the producers came to their senses. And speaking of replacement characters . . . 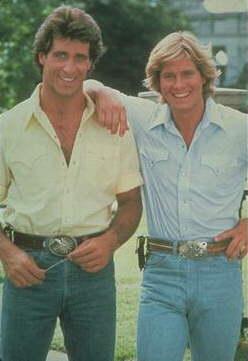 These guys are proof that Hollywood will do anything to save a buck. Whenever you bemoan the so-so acting or plots of the Dukes of Hazzard, just think about how bad the show was when these guys were the stars. Tom Wopat and John Schneider had to have loved turning the screws to the show's producers when they were begged to come back. 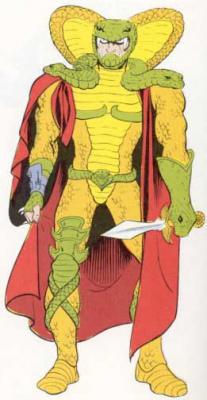 Serpentor sucks. One, cause he didn't have the comic relief or the cool voice of Cobra Commander. Two, because every time he opened his mouth he would spew his lame catch phrase: "This I command!" But as bad as he was, he was only half of the reason GI Joe tanked after the first season . . . 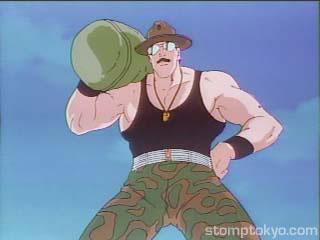 Wow! Take Chachi, Scrappy Doo and a nobody wrestler who wants to be the next Mr. T and roll them into a completely unrealistic character -- even when compared to other CARTOON characters -- and you have one of my most hated characters ever. From the first moment they introduced him, I couldn't stand him. Then he proceeded to kick the asses of like a 100 Cobra Guys and I lost all respect for the show. The fact that Serpentor is made from the blood of Sgt. Slaughter is no coincidence. Being a schmuck is hereditary. 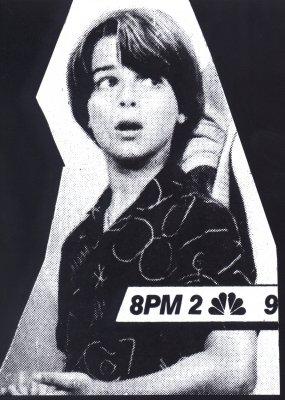 I swear I can still hear him saying "Aunt Nell!" Every character he plays is awful. And to think that his success as a show-killing rapscallion named Joey opened further career doors like playing Blossom's woah-blurting brother, coincidentally also named Joey. He's like Tony Danza without the talent. 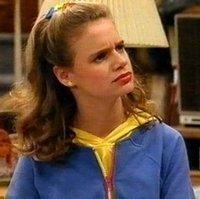 Don't get me wrong, I love full house. But like all the other "quirky" characters from every other sitcom, I can only take so much of the dense, rude, aggravating neighbor before I want to hurl my remote through the TV. Cockroach from Cosby, Kramer from Seinfeld, Wilson from Home Improvement, Lenny & Squiggy from Laverne and Shirley. I've had my fill at this point. And here comes the female equivalent of them all, with frizzy hair and a puzzled expression that asks the viewer, "You again? I thought you've had enough of me by now. I guess you're a glutton for punishment."

Kimmy spent most of the show getting on John "Have Mercy" Stamos' nerves, which is never a bad thing seeing as he ruined the movie Never Too Young To Die. But the thing which made her character suck was that she made the show mean. Full House was a gem of a show because it was so NICE. Sure Saget is the dirtiest comic in the world, but Full House was a show about a family of care bear wannabes cute-ing up the screen. If I wanted to see characters insulting each other I'd watch Family Matters. Full House was supposed to be the nice show. They were not nice to Kimmy, but then again she brings out the worst in people.

Now I know you can all guess who's number 1. The worst character -- ever -- in the history of television. It's not even a contest, folks. 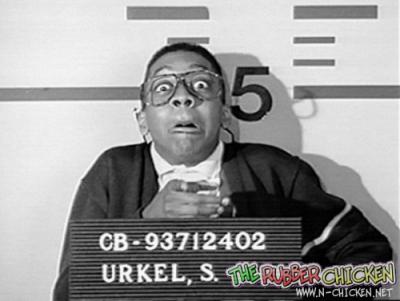 Family Matters has the distinction of being the worst TV show of all time. Forget Jerry Springer or Barney and Friends. Family Matters introduced us to Steve Urkel, later to become Stephon, and then introduced the even lamer character of Waldo (who was dumb, get it?!). Steve Urkel is by far the most annoying character of all time on the worst show of all time. Worst show? Yes. What happened to the Grandma? Or the daughter? Or the other family members. How could Laura fall in love with Stephon, when he was really just Steve? Why didn't Carl shoot Urkel? How many times did you hear that theme song about "sen-sibility, the news man, the paper boy and evening TV" before you wanted to take a rifle and climb up a clock tower and start shooting?

I don't even have to go into why Urkel sucked so much, just look at him. He is Hollywood's image of the guy with glasses, a complete klutz who wears his trousers too high and who can't get a date. He had his own dance, which they actually featured in an episode! And once he got into the opening credits, he never went away. He was in every episode, for at least 20 minutes. Steve Urkel, he's a JarJar Binks to the nth power, and the fact that I had to tolerate watching him for the minutes or so leading into Perfect Strangers made me hate him even more. That voice grates on your ears and got worse as he exited puberty and he couldn't do it anymore (ala Wheezing Kid in a Wheelchair from Malcolm in the Middle). Then he build a Rube-Goldberg machine that did a lot of smoke and popping all to just take off his glasses. And he didn't seem to have a point on the show.

Why he was in love with the ugly sister, when the other sister would go on to be a hot porn star is beyond me. Even more mystifying is why after he blew up the house, almost killed Carl countless times and got on everyone's nerves did he keep getting invited back. Why not just call the Police for harassment? Or move? Or trump up some charges and throw him in prison (making sure he is Stephon at the time)? I just don't know. The show was not funny, he was not funny, and it singlehandedly made terrorists want to kill us. 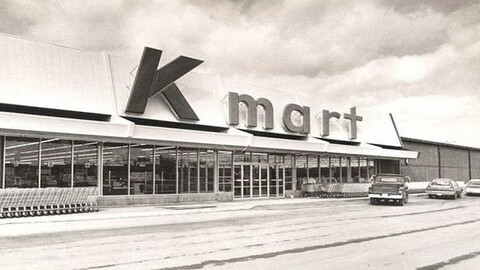 32
Cyrogenic
Kmart
The rise and fall of Kmart
An unhandled error has occurred. Reload Dismiss