The Neo-Geo and how it could have gone better in the US.

A different take on how SNK's infamous Neo-Geo console could've had a better exposure in the good ol' US of A...
By Pokejedservo
On 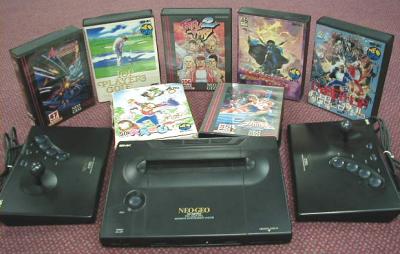 Ladies and Gentlemen, it is an honor to present to you. The Neo-Geo...


In the early 90's Takara of Japanese Transformers fame made a deal with SNK to release a decent portion of their Neo-Geo games to most of the early Nintendo and Sega systems. Apparently even back then SNK knew that they wouldn't be able to sell the Neo Geo AVS/MVS by themselves due to financial reasons. (Well that problem is mainly for the US instead of Japan for the most part.) Its understandable in Japan, but its kinda odd in the US. Which games did they use exactly? The original Samurai Shodown for starters. The 1st 2 Art of Fighting games (well in Japan that is, only the first one was released in the US). The 1st 3 Fatal Fury games (well technically 2 and a 1/2, since Fatal Fury Special is a big remix of the 1st two). And the 1st two World Heroes games as well...

But you might be asking WHY would a Japanese toy company thats never really been known in the US will try to release those games by themselves in the US? The thing is they didn't... Takara went to US toy company Playmates for aid in giving the SNK games wider exposure. Unfortunately you can barely tell any signs of effort from them on that part. Don't get me wrong Playmates can be a good toy company ESPECIALLY regarding TMNT but they dropped the ball here. (The only showing sign of proof of their existence regarding the SNES/Sega Genesis releases of SNK games is that you can see Playmates' logo on the back of the manual of Fatal Fury Special for the SNES.) The question is what if Takara went with Hasbro instead to aid SNK regarding the Neo Geo?

For those who don't know, Hasbro is the still prominent toy company behind the likes of Transformers, G.I Joe, Bucky O' Hare and more. Granted they weren't as big as they were in 80's when it came to the early 90's but they still had something going on. I mean G1 reruns & Headmasters on Sci-Fi Channel, "G2 Transformers", Bucky O' Hare and more. But they definitely could've used something like this to go on MUCH better. I mean one of the reasons why Playmates barely did much with the SNK games is because they were practically content with TMNT at the time. (Not that I'm really defending them for this mistake mind you but still.) But Hasbro on the other hand would've most likely love to find a way to get their star franchises to go back on top a lot sooner. How could've they aided one another here you ask? It’s quite simple really... 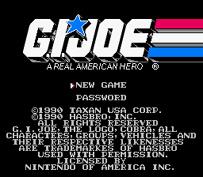 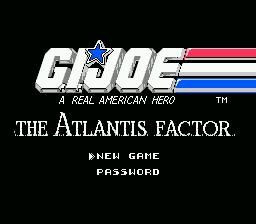 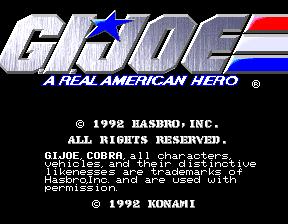 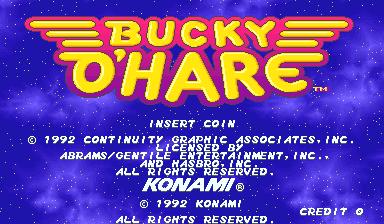 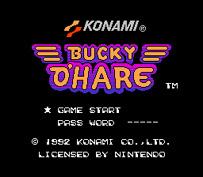 As you can see here, more 3rd party support would've possible. Which is EXACTLY what SNK defintely needed back then without question. (One of THE biggest problems SNK had at the time was that they pretty much went at the Neo Geo by themselves which ended up to be quite the costly mistake. So another words if you think Nintendo relied too much on 1st party support, trust me SNK is worse.) 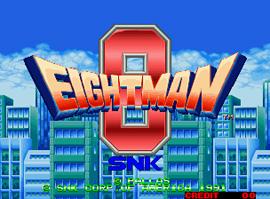 For those whom might be wondering "Hey wait a minute since WHEN did SNK ever did a license title?" Well this game based on a famous in Japan Anime from TOEI might answer your question. But then again the majority of any game company thats ever been first party have done license games before such as Nintendo and Sega
And thats not entirely all of it. Hasbro has been making small ties with Bandai ever since that small "Jetfire Incident" during G1 Transformers' heyday back in the 80's. Bandai has had a bit of a history with Video Games ever since the 1980's. We might also have seen the Transformers games from Takara as well. Yes their NES one was mediocre, but their Beast Wars fighting games for the GBC and N64 were pretty good. And believe it or not Hasbro's ties with Marvel Comics DIDN'T end in the late 80's when G-1 Transformers and G.I Joe did. Marvel was actually involved in the sleeper hit cult classic "Bucky O'Hare" with Hasbro. 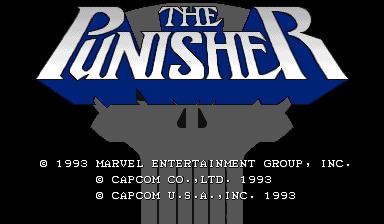 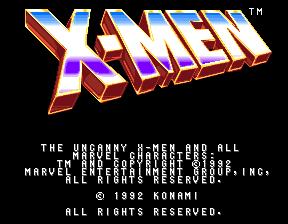 So in another words, certain arcade classics like these two might've actually had a good console release back then.

Now some might say that even IF Hasbro actually gave Neo Geo truly great support, the Neo Geo MVS/AVS probably would STILL not be able to take off all that well in sales. And in all honesty thats... debatable. Both the system and the catridges for it were infamous for being obscenely expensive and costing hundreds of dollars. However the high price could be more due to SNK mostly doing the Neo Geo by themselves at the time. But some might say that the Technology used for the Catridge version of the Neo Geo would be still too costly to handle nevertheless. But whether if you think the MVS/AVS would've cost too much at all or was just underfinancied. This would've made a much better alternative... 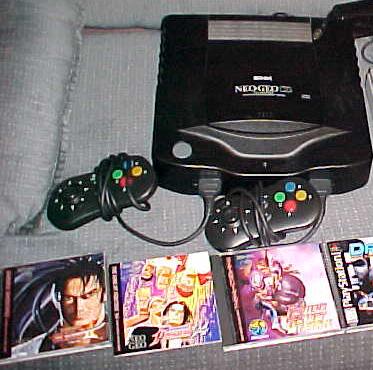 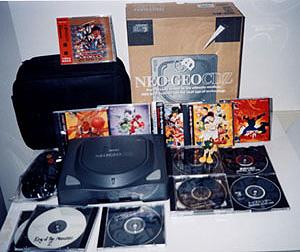 Yes folks the Neo-Geo CD, in both original and "CDX" styles.

Now THAT would be more marketable without question. Sure the console itself was actually only kinda costly. (But thats more due to its rarity) The games themselves were actually quite inexpensive. Their price range was generally $15-40 US bucks, another words not much different to the PS games back then. And during the N64/PS One/Sega Saturn era, the odds this would have with more support are actually really good. Nintendo and Sega were seriously messing themselves up with the N64 and Sega Saturn respectively. Sony did well due to their 3rd party support for the most part. But a much better supported NG-CD would've done better. Sony was against having any 2-D gaming on the console but I can assure you that SNK wouldn't. And as for 3-D gaming its still possible ESPECIALLY IF they used the Hyper Neo-Geo 64 technology they had in 1997. Whats Hyper Neo Geo 64 you ask? Well take a look at these pics for an example... 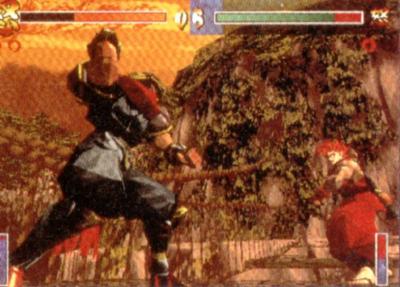 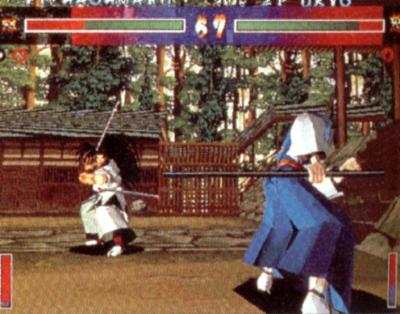 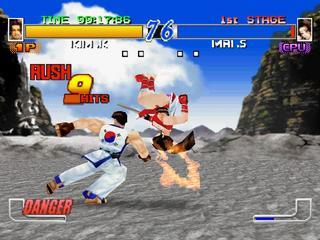 From the top, Samurai Shodown 64. To the right a small pice of Fatal Fury Wild Ambition.

This was an actual attempt by SNK to hopefully get a much better stance in the VG Industry. However SNK's infamous lack of any other support has once again struck them down hard. SNK just simply wasn't able to get this out of the ground any higher. (Though Wild Ambition did get a PS One release, even though it wasn't a really good release.) However if they got more support they MIGHT be able to do so. However they'll most likely have to just simply drop the MVS/AVS at first and give the Neo-Geo CD a good focus. But if they cant make the Hyper Neo Geo system idea to truly start they can still potentiall do 3-D gaming as well. (Even though they'll look like PS One titles, but hopefully they'll look like good ones.) Either way it would considerably add the potential 3rd party support and maybe good 1st party support in other ways as well. (Glover anyone?) 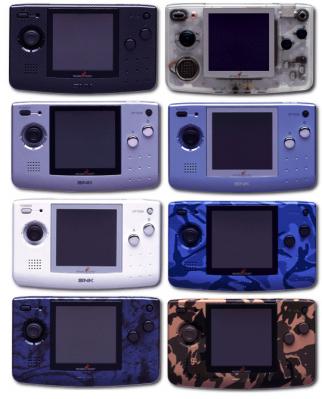 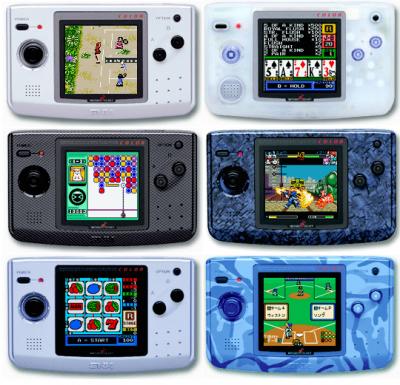 Now here is a question, could this have had a much better release as well? Actually yes, quite so. This late 90's portable has quite the potential to go even better. (I should know, I actually own the Color version of it.) Unlike the GBC it was 16 bits in power, and before you go "Oh Great SNK's answer to the Game Gear". Actually no, the Atari Lynx & the Sega Game Gear and even the Sony PSP and the like were focused to be more powerful than the Gameboy but failed due to their abysmal battery life. SNK on the other hand was actually careful about that and despite being more powerful than the GBC, it still had a good battery life. How much battery life it had? Oh generally about 20-40 hours of gameplay, yep that much. It also had pretty nice PDA functions such as Horoscoppes, Alarm Clock, etc. as well but thats just only a small bonus. Out of the many non-nintendo portables out there this one had the most potential to do well. Unfortunately SNK's infamous lack of support has once again struck them down. (Though to be fair it did have some semblance of stronger 3rd party support namely from Capcom, Namco and Sega but not by much.) I mean heck it even had commercials about it during its initial release in mainstream television back then. This console was the closest to get good mainstream attention, you could only imagine if it could've went better if got more support. 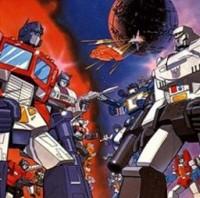 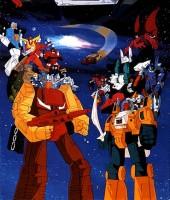 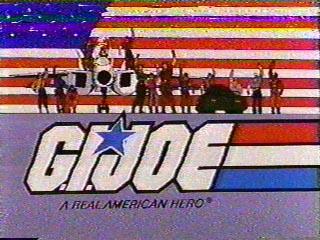 G1 Transformers (both G1 on Sci-Fi & "G2" on syndicated TV). Transformers Headmasters (that were pretty much only seen on the Sci-fi Channel back then). The hit show Bucky O' Hare and the infamous 3rd season of G.I Joe. They were for the most part all what Hasbro had back then in the early 90's

Now here is the question, how would the animation industry would go if something like this would happen? Both Hasbro and Takara have had their histories in that Business, and so did some of the other companies I mentioned in this article earlier. But if they could be able to get the Neo-Geo to be much more successful in any way. One could only wonder... Though for all you Beast Wars fans like myself do not fear for I am sure that Hasbro would still use Mainframe for Beast Wars. I mean they were well aware of how successful Reboot is, so they got Mainframe to work on Beast Wars. So fortunately that won't change at least. (Though I wonder how Double Dragon would've fared here. They most likely wouldn't get the rather infamous show done by DiC.)


Anyways here is how I think that the Neo-Geo could've got a much better release in the US.Some things might seem like a stretch, but I do try to make this as plausible as much as possible.
1
Login To Vote!
More Articles From Pokejedservo