When you die these are the guys you want to hang out with.
By mltvcocktail
On
There's been a ton of scary ghosts in movies and TV but today I'm focusing on the coolest, the guys who will get drunk with you at one of Hell's bars and then go scare the crap out of the living. 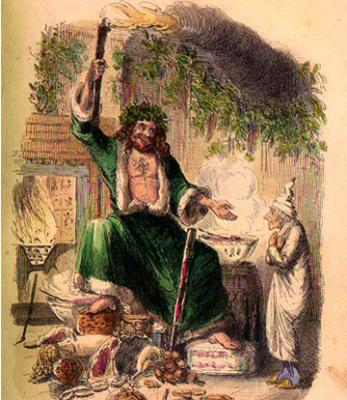 The Ghost of Christmas Present is awesome because he brings a party with him wherever he goes. Whenever he shows up he has a bunch of food and probably booze and is always in a great mood. Plus he can transport you to wherever you want to go and he could call up his friends Past or Yet To Come and you could take the party into the past or future. Finally, he's a giant so he can help in your afterlife basketball league or reach those really high ghost shelves. 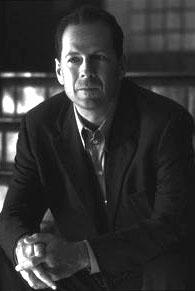 Why would it be awesome to hang out with Ghost Willis? Because he's John motherfucking McClane that's why. Sure in The Sixth Sense he's kinda mopey and reserved but head to Hell's local pub and I'm sure "Bruno" will be out and Respecting himself in no time: 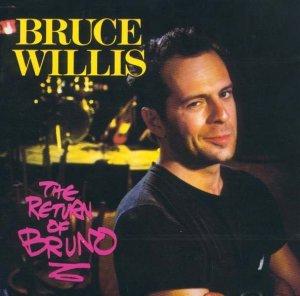 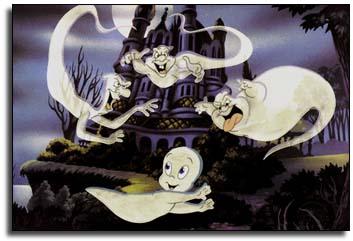 Stretch, Fatso and Stinky are truly living the highlife of the afterlife. They have an awesome mansion, scare the crap out of "fleshies" all day, beat the ectoplasm out of that wimp Casper and have him do their bidding and to cap it all off they like to get drunk and go to karoake bars. However, it's probably a good idea to not hang out with them while you're living because it might lead to your accidental death, just ask Bill Pullman. 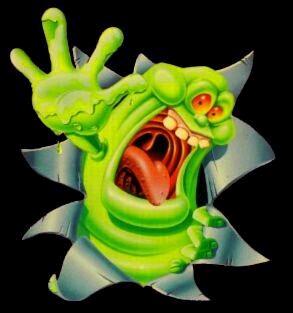 Slimer is kinda like the most awesome pet ever. He's not very smart but he's sweet and loyal and always willing to help bust some ghosts. After that misunderstanding at a NYC hotel Slimer is now like the fifth member of the Ghostbusters, he helps them whenever he can and all he asks for is a ton of food. Slimer also introduced the world to Ecto Cooler and for that we are eternally grateful. The only downside is that his voice could get a little annoying after a while. 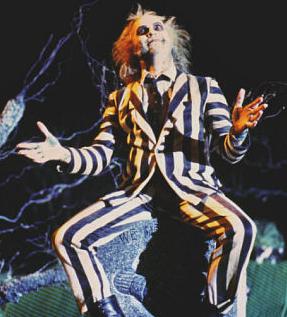 Beetlejuice is so awesome that even a pimp like the late Robert Goulet is powerless against him. Beetlejuice is the ultimate cool ghoul with a great sense of humor and killer sense of style. You just know he knows all the awesome places to hang out in the afterlife and he's got all sorts of tricks up his sleeve that would make him the hit of any party. He has some cool neighbors too like Jacques the Skeleton and Ginger the tap dancing spider. It's pretty easy to get a hold of him too, no need for phone calls or texts, you just have to say his name 3 times.
20
Login To Vote!
More Articles From mltvcocktail