The best era of WWF
By crystalmethodcaf
On
I started watching wrestling when I was in middle school which would've been sometime between 94-97. One of my friends had purchased WCW vs nWo on N64 (See my N64 article!) and I enjoyed playing with them even though they kicked my ass all the time. They had been watching it, and I think the trigger was when I heard a story about Sting dropping form the rafters and beating someone up. I was like "Whoa, that sounds awesome", and tuned in the next week.

Fast forward to 9th grade. I was in line to buy a slice of pizza in the cafeteria (amazing how I remember it so distinctly isn't it? Must've had an impact lol) and talking with a friend, and he asked if I'd seen the WWF PPV the previous night or not. I told him I watched WCW, and he said I should check out WWF. I figured I'd give it a shot that night, and, WOW! I still bounced back and forth during commercials to Nitro, but after a month or two, I was all WWF.

The show was so much more ballsy than WCW. They really put it all out there! The characters were so over the top and ridiculous, the scenarios were straight out of Hollywood, and the action was intense. And the language! Profanity! Disrespect! ATTITUDE! I loved it! A few memorable quotes:

So, looking back, here are a few of the moments and characters that left enough of an impact on me that I still recall them to this day. I know there are plenty of others out there, but here are mine (in no particular order!)! [As I'm several paragraphs into this, I realize this may end up being a multipart series.... so much awesome]


Anyone who watched Raw during the Attitude era knows this one! When it came on, I couldn't help myself, and had a huge grin and let out a "HOLY [email protected]#$! HAHAHAHAHAHAHAHA!" as he cruised down in it. I was laughing the whole while, then when he slammed into the ring and climbed up and dived onto Vince I, along with pretty much every other person witnessing it I'm sure, was like "AHHH HAHA KICK HIS ASS! WOO!" Vince made for QUITE a convincing heel character! I remember completely hating him, so every time someone stood up to him I immediately backed them.

I wasn't anywhere near a goth kid, but I did love Rob Zombie, Marilyn Manson, and tons of other types of horror-related "dark" music and movies, and those traits were epitomized in this group.

I've been a fan of the Undertaker ever since he was solo with Paul Bearer. His entrance immediately drew me in with the fog effects, the low lighting, and his Graveyard Symphony theme.

It was (still is) such a powerful theme song that merits a listen with no qualifier. Complete it with a massive dude slooooowly walking down the ramp before rolling his eyes back in his head and "raising" the lights, and you've got a formula for an EXTREMELY memorable character.

From that starting point, the Ministry of Darkness grew into a faction that at one point had almost 10 people:


Not only did it have tons of top talent in it, but they also completely lived in this whole satanic, gothic world. The most memorable spectacle of theirs was when they'd actually "crucify" people in the middle of the ring! MIND.. BLOWN! The Undertaker's symbol would be the cross, and two of the victims were Stone Cold and Stephanie McMahon:

These scenes were so theatrical and surreal that they required entire extended segments! WWF was so much more generous with spectacle back then. I can't recall if this is from the MOD days or just Undertaker going about his normal badass-ness, but here's a bonus:

So amazingly awesome, and something I don't think will ever be repeated in wrestling. It was sad when the MOD ended up disbanding, but they definitely left their mark!

I remember Chris Jericho from WCW, and I did like him, but it wasn't really until he came to WWF that I started to REALLY like him. Of course, he had a TON of hype building up to his debut! I don't remember how long it was, but I do remember the very first time I saw the Y2J countdown spliced in to the main event of Raw. I was like "Wait - what was that?" It was the subject of much speculation, and it really intrigued me, and was inspirational enough that it was to blame for my eventually stumbling across wrestling show spoilers on the budding internet. I still remember though - I had chills the first time I saw it! It was so jarring but so awesome.

Jericho made his debut against The Rock when he was at the peak of his popularity. I don't think they could've picked a more appropriate debut - Jericho's ego was about the only one in the game who could hold a candle to his (you know behind the scenes they had to be having a blast). Not only did he bring it with an awesome video, but he also had one of the all-time best theme songs too.

He had quite an illustrious career in his WWF days, bouncing between being a heel and a face, having his own talkshow segments, and many "adventures".

The Nation of Domination

This was another stable that had several members throughout it's existence, but the ones I remember the most are Farooq, D-Lo Brown, and The Rock. I believe that's where he got his WWF start, way before he was catapulted into WWF history as one of the (if not THE) greatest superstars they ever had. I came in during their waning days, but I still recall them being a powerful force. They may have been on the cusp of the Attitude era, bringing up touchy subjects like racism. They were obviously supposed to represent militant Africans, and in this clip I found, it's clear the PC lines hadn't been drawn in WWF yet.

Funny thing is, one of the members of the serious, militant NOD went on to have one of the silliest and goofiest gimmicks I can recall - The Godfather. D-lo Brown ended up having a tag team with Mark Henry I remember enjoying, but he never really connected with me for some reason. BONUS: In the clip above, we see another megateam - The Hart Foundation. RIP Owen.

Now, this group..... wow. This is a topic that could EASILY have it's own dedicated article. But I'll try to keep it short-ish! For those that don't remember (shame if you don't), DX consisted of:


Their theme, intro and some of their pre-match talk:

I have no real numbers, but I'm pretty sure about 80% of the population owned a DX or Suck it shirt... (may be a little exaggerated). If they didn't, they sure as hell knew where it was from! They had TONS of hilarious segments throughout their career. I even remember renting the DX video from Blockbuster (I know.. kids today.. "Rent?" "Video?" "Blockbuster?") they released back when they were a pop culture phenomenon. I can't imagine the kinds of negotiations that occurred prior to it, because a whole segment of the video was DX's assault on the WCW headquarters! I was hoping to find it on YouTube, but it seems to be lost to time. The following poster on Amazon explains it though (paraphrased):

"This was back when WWE was not only the World Wrestling Federation, but also during the Attitude era... The selling point of this tape, it was all uncensored. You saw some girls flashing & they let the language fly...You also end up getting some non-televised footage from their invasion of the WCW offices and CNN Towers..."

He added that that was the VHS version of the tape though, not the one currently being sold. However, for your viewing pleasure, here's a similar segment that was originally a part of a Raw broadcast:

As I've been writing this article, I've been browsing through Wikipedia, YouTube, googling, and so on and I gotta say.. there's a LOT to cover! So, I'm going to call a break for now.. I still want to cover:

And who knows where that'll take me! Until then! 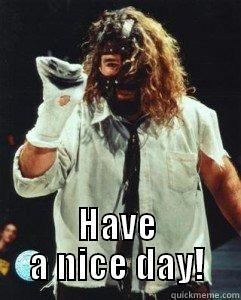 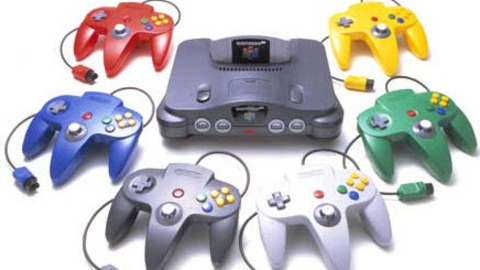 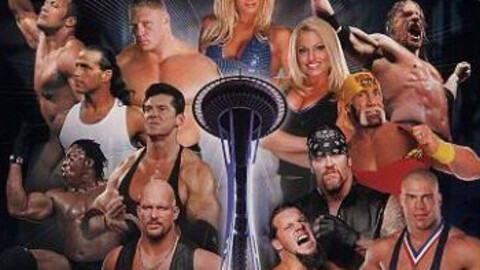 -5
Pyrix
My Top 5 Nostalgic Things from the 2000s
Top 5 things that unlock my nostalgic flow for the 2000s period.
An unhandled error has occurred. Reload Dismiss