The famous departures that surprised me.
By Caps_2-0
On
I've been an entertainment-industry fan for many years. Movies, TV, music...I live for these things. I expect that entertainers I know and like will live for a long time, but they can fall in an instant. I wonder why these things happen. There are days when I expect a certain actor to do another movie or a certain singer to release a new album. I eventually resign myself to the fact that these talents are long gone. Their works remain, though, and I'm thankful for that.

These celebrities may seem random, but each one of them has held some importance in my pop-culture history.

So, in no particular order, these are the celebrity deaths that caught me off-guard. May they all rest in peace.

This was probably the first celebrity death that caught me off-guard. Jim Henson was one of my favorite talents. I'm a Muppet fan...Not as hardcore as some, but definitely up there. Henson was a talented and personable man. I know that because I had the great pleasure of meeting him.

The year was 1990. I was 7 years old and on a vacation with my family to Walt Disney World. This was around the time that Disney was trying to buy the Muppets the first time. My brother and I were given permission to talk to him and so we did. He did the voice of Kermit The Frog for me and he even agreed to take a picture with us. In retrospect, I probably should've asked for an autograph as well. Either way, I'll always remember the time I met him and I'll always remember all the great entertainment he gave my generation.

I only hope that we'll all find the Rainbow Connection someday. 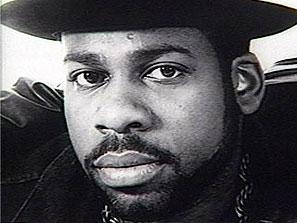 I've seen a few rappers die in my life so far. Rappers like The Notorious B.I.G, Tupac Shakur and Big Punisher all come immediately to mind. Out of all of them, though, Jam Master Jay caught me off-guard. I think it was because Run-DMC was one of my favorite rap groups.

I was a subscriber to Time-Life's Sounds Of The Eighties series and the first disc I recieved was the 1986 disc. One of the songs on there was Run-DMC's (with Steven Tyler and Joe Perry) version of "Walk This Way". That inspired me to seek out the album "Raising Hell". All throughout my listening to the group, Jam Master Jay stuck with me. He was one of the finest turntablists in rap history. When he was murdered, I was extremely surprised. There didn't appear to be any wars or grudges going on with him, so that makes it even more suspicious.

Either way, I'll miss the man who provided the backing for the Kings Of Rock. 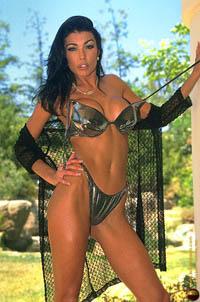 On January 25th, 2006, she died in a car accident. She wasn't drunk. She had her seat-belt unbuckled. I've come close to accidents a few times but I've always made sure to wear my seat-belt. Buckling up truly does save lives...I only wish that this beautiful and talented woman could've remembered that.

I'm running a major risk by including her on this list, so I can't mention any of my favorite scenes involving her, but she was a tremendously beautiful woman, and I will miss her work. 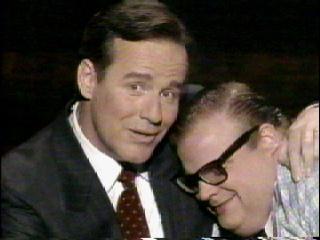 There's no way I could ever write as eloquently about these 2 as Allison could, but I'll give it a shot anyway.

In a way, I was expecting that Chris Farley would die relatively young, but it came as a shock nevertheless. I wasn't necessarily a hardcore fan, but I enjoyed his work nevertheless. I enjoyed the movies "Tommy Boy" and "Beverly Hills Ninja" and I thought that Farley was good at physical comedy. I miss his work. I do know that he was planning on moving into dramatic work. Shortly before his death, I recall reading that he was going to star in a biography about silent film actor Fatty Arbuckle, a comedic actor whose career was ended after a violent sex scandal. It would've been interesting to see that.

Side note: One of his last movies was 1998's "Dirty Work". I recall seeing ads for that movie and seeing Chris Farley in them. I was like "Wait a minute...That can't be him". I haven't seen the movie yet, but it would be interesting to see his final work.

As for my feelings regarding Phil Hartman, I refer you to Allison's article "Man Of A Thousand Faces: A Tribute To Phil Hartman". Both her thoughts and mine illustrate what Phil Hartman meant to me.

Both of them are much-missed. I can only wonder what they could've done had they lived. 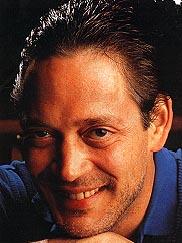 I was a fan of the 2 "Addams Family" movies and the character of Gomez was my favorite part of the movies. I think that's because Raul Julia played him over-the-top...I like it when actors do that. He was a handsome guy as well. I was really hoping that he would act for a long time, but when I heard that he died, it felt odd. He was so full of life in the "Addams Family" duology that he seemed unstoppable.

I think that was probably one of my first glimpses into the concept of mortality. I really wish he could've stayed alive. He was good at what he did. I can even forgive him for "Overdrawn At The Memory Bank", the PBS TV-Movie that was transformed into a great episode of "Mystery Science Theater 3000". 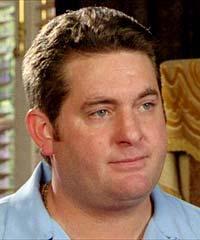 When he died, I was really surprised. I hadn't seen too many recent pictures of him. I was most familiar with his role in the 1984 movie "The Wild Life". It was somewhat of a quasi-sequel to "Fast Times At Ridgemont High". He played Tom Drake, a real party-hardy type who always used the line "It's casual". That line has become part of my personal lexicon. Whenever people apologize to me for things they say, I always say "it's casual". I try not to take things too seriously, and those two words always sum up the feelings I have.

I haven't really seen any other Christopher Penn movies. I do have a copy of "Resevoir Dogs", but I haven't opened it since I bought it...back in 2002. I'll have to give it a view. Either way, I had no idea that this would've happened. He was a good actor.

Oh, and Universal, if you're reading this: Can you please release "The Wild Life" on DVD? I mean, "Scarface" is a great movie, but do we really need a 3rd release of that title? 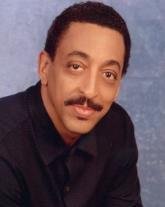 Gregory Hines was a brilliant dancer and great actor. Every dance he did and role he played was energetic. There was always a vibrance to him, even in his dramatic work. I was surprised when he died in 2003. You look at certain people and you don't think anything's wrong with them, and then you find out that they're dying. You can't process it...I'm still figuring it out.

I liked him in the movie "Running Scared". It was a buddy-cop movie he did with Billy Crystal. The two of them played off each other quite well, especially in the scene where they commandeer a cab in order to track down some criminals. I thought the best part of that movie was the final sequence, with lots of shooting and bags of cocaine being tossed from elevators.

I also remember when he appeared on "Sesame Street" in the early 90s. He and Savion Glover (who was a castmember at the time) tap-danced up and down the street while taking turns saying the alphabet.

I miss his work. 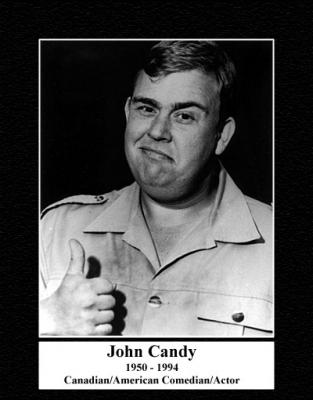 This was a death that not only shook me, but many of my generation. We grew up with Candy, seeing him in "Spaceballs" and many John Hughes movies, as well as on his cartoon "Camp Candy". Anybody in my age bracket (late Generation X/early Generation Y) who saw "Spaceballs" or "The Blues Brothers" could appreciate this man's comedic timing and delivery.

I'm a "Spaceballs" fan and I always laugh whenever I hear his lines in that movie.

"I'll have the cleavage."

Why is that the most life-filled talents are the ones who die the quickest? I tremendously miss his work. I keep on wondering who will do Barf's voice if the "Spaceballs" cartoon ever gets off the ground. I'm thinking of Tino Insana (who voiced the Candyesque Uncle Ted on "Bobby's World"), but he could never replace the Candy Man. 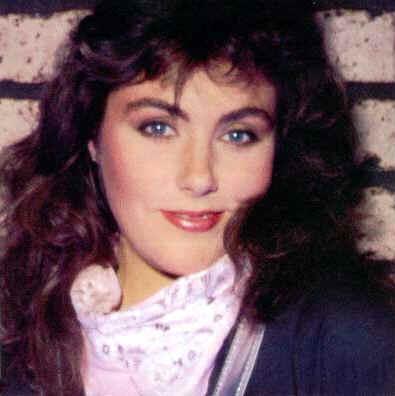 As you can see, Branigan has the biggest photo in this article, but I think that's appropriate. Her talent was tremendous. My first exposure to her music came in 1998. I was 15 years old and my mom had purchased a CD of 80s dance music for me. My main purpose was to get the Rick James song "Super Freak". I had heard that song on VH1 and it really grabbed me. The song was on the disc along with 19 others. One of the other songs was "Self-Control" by Laura Branigan. I heard it and I loved it. It was such a moody and danceable piece. I was only in my teens, but by listening to the lyrics I envisioned a dark city. To this day, when I listen to the song, I see drug dealers, hookers and murderers walking the rain-splattered trash-strewn streets of a perpetual night-time Hell.

I then found more of her songs. In my final year of high school, I had several Laura Branigan albums on cassette. I listened to them on the ride to and from school, swapping them in and out along with the George Carlin album "A Place For My Stuff" and the soundtracks to "Days Of Thunder" and "Pretty Woman".

She wasn't releasing that much work at the time I was getting into her music, but I was expecting that she would eventually come out with something new...And then 2004 came.

I can recall the night when I found out about her death. I had returned from seeing the movie "Without A Paddle" at the drive-in. I visited the Home Theater Forum and went to their music section. I learned there that Laura Branigan had died of a brain aneurysm. This was the all-time shocker for me. I loved her work and knew that she had more in her, but in the blink of an eye, she was gone. She was only 47 years old.

It goes without saying that I miss her.

These are 10 people whose work I admired.

These are the deaths that caught me off-guard. Whenever I come across entertainments involving these 10 people, I briefly wonder what their next projects will be. I then sigh and resign myself to the fact that they're no longer here.

I'll always have my memories, though. That's why I'm glad that I have all the entertainment opportunities that I do. There are many more people that I miss besides these 10, but I have my movies, CDs, TV shows and books to refer to when I want to hear their jokes or songs or any of the things they gave us.

I miss them all and I know that I'll see them when I get to the big wrap party in the sky.

-2
Caps_2-0
5 Tracks: Laura Branigan
For my 20th article, I would like to talk about 5 songs by one of my favorite singers.
An unhandled error has occurred. Reload Dismiss