Dragon Warrior, Or How I Learned To Stop Worrying And Love The Slime.
By ImAllTheRage
On
Staying power. If you ask me, that's what makes a video game series "great". And throughout gaming history, no genre has had more staying power than the RPG. With the main series of Final Fantasy nearing its thirteenth installment, Phantasy Star's jump from console RPG to online MMORPG, and others such as Breath of Fire and Lufia still going strong on the next-gen consoles, it's safe to say that the era of the role-playing-game is far from over. In a lot of ways, due to consoles with increased graphics, sound, and storage capacities, it's only beginning. But, even with such leaps and bounds being made in the RPG market, I still like to visit an old favorite from time to time. It came out on the Nintendo Entertainemt System back in 1989, and not only was it my first RPG, but my first NES game. It pioneered many of the gameplay designs are still used in RPGs today. It was so influential that it was mocked in the NES release of Final Fantasy. That game was one of Enix's finest: Dragon Warrior. *end scene-raise curtain* 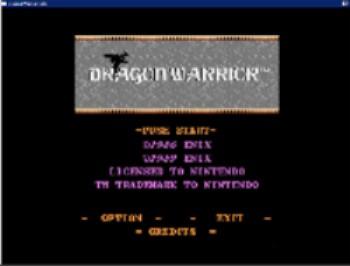 Dragon Warrior is a typical console-based RPG in every sense of the word. Considering that the game is almost 20 years old, that's really not that big of a deal, unless you really care about graphics or fast walking-speeds. The gameplay is simple: meander around for a while, fight some monsters, make some money, buy a better sword, and build levels so you can finally cross that bridge that's three steps away. The story isn't all that captivating, either. It seems that you're descended from a legendary fighter by the name of Erdrick (who fought demons with a ball of light!), and as such, it is your responsibility to save the kingdom of Alefgard from its newest threat, the dastardly Dragonlord (who stole said ball of light). Throw in a kidnapped princess, a destroyed metropolis, and a whole horde of horrendous beasts, and we've got ourselves quite a predicament, descendant of Erdrick! It's okay, though. At Level 19, we'll learn Hurtmore. 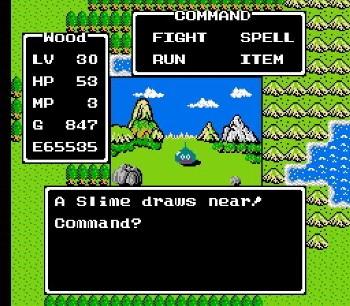 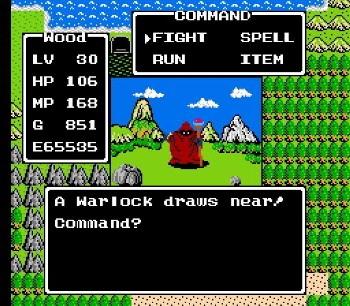 But as any good warrior knows, you can't just march into the mouth of Hell and start slaying demons and dragons willy-nilly. You have undergo a vast amount of training to become a Dragon Warrior. And when I say vast, I mean "vast". Expect to spend the first hour of the game cutting down Red and Blue Slimes so you can purchase cutting edge equipment such as Clothes and Copper Sword. That's right, like all great warriors, you start your journey completely naked. And, like all great warriors, you'll purchase new equipment by robbing the corpses of your fallen foes or by simply barging into someone's house and stealing their heirlooms. 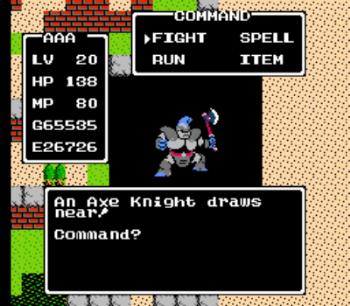 What Dragon Warrior lacks in "sophisticated", or even "friendly", gameplay, it makes up for in atmosphere and aesthetics. You might not have any idea about the hero's true personality, beyond the 1-8 letter name you give him at the beginning, and you may know nothing of the villain's motives except that he's a "wizard who can control dragons", but rarely do you get bored with the story, and nothing is more satisfying than finally being powerful enough to reach that next plot point. 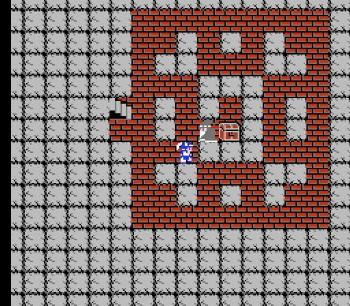 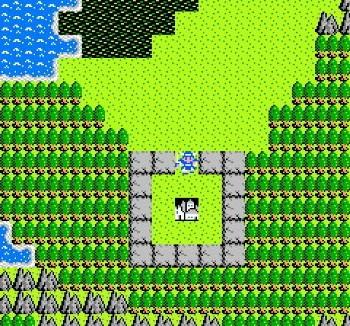 Speaking of plot, there are two major goals in Dragon Warrior that must be met in order for you to destroy the Dragonlord. First, you have to collect and equip the three pieces of Erdrick's legacy (sword, armor, and token). Aha! So that ball of light story was a load of bologna. Erdrick cut his enemies to death like all great fantasy RPG heroes. Second, you have to assemble the Staff of Rain, the Stones of Sunlight, and Erdricks' Token in order to form the Rainbow Drop, which creates a bridge from the mainland to the Dragonlord's secret island fortress. Incidentally, the Dragonlord's secret island fortress is located on the other side of a small river from your starting point of Tantagel Castle, yet you have to travel across the whole world to get there.

There's an optional part of the game where you can rescue the princess of Tantagel from her captors. Inexplicably, the princess is imprisoned not in the Dragonlord's castle, but in some rinky-dink cave in the middle of a swamp. Most people remember this part of the game because it gave them their first taste of an RPG boss battle: the Green Dragon! 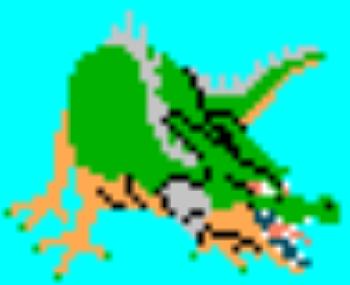 You had best come prepared to face this monster, because it has a physical attack and a breath weapon that'll knock you flat. And if your Sleep spell doesn't work, you may as well cast Outside and Return to Tantagel to have your deeds written on the Imperial Scrolls of Honor, 'cause sister... you're screwed. If, by some miracle, you overcome this menace, you get to personally carry the princess in your arms, on foot, all the way back to Tantagel. Oh yeah, you also fall in love with the princess at some point during this journey. It's never really defined. But, she gives you her "love" which acts as a compass that leads to one of the Erdrick pieces. Weird. 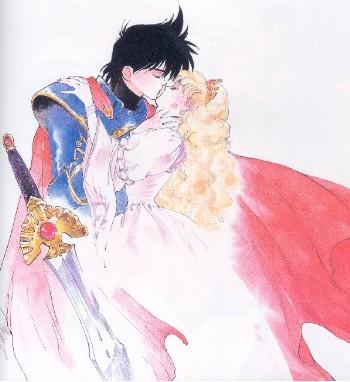 When all is said and done, we're completely suited up in Erdrick-wear (it's what all anti-social warriors are in these days), we've built a bridge to the not-so-secret hideout of the Dragonlord, and we've learned Hurtmore. What could possibly be stopping us from tackling our foes and showing 'em what for, eh? 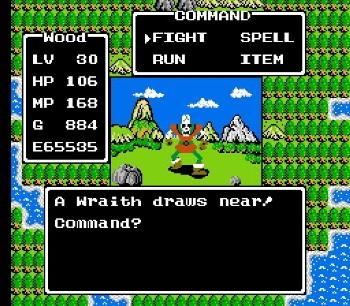 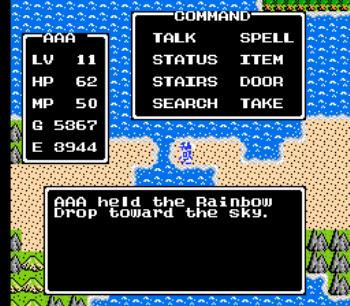 This is it. We've explored caverns with little more than a Battle Axe and a few torches. We've sloshed through poisonous marshes to find pieces of 1000 year old armor. We've rescued a co-dependant princess from the terrors of the vile Green Dragon. Our destiny is at hand. Damn you Dragonlord, by Erdrick's Sword, thou shalt die! 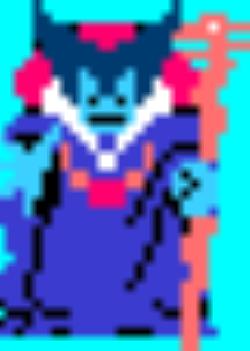 One almost impossible maze later, and we were face to face with the ultimate fiend. And boy did he have a bad haircut. I denied his request to rule alongside him based upon that, rather than any sort of moral philosophy. But wait! We've killed the Dragonlord... and he's revealed his true form! We weren't prepared for this! No! We never meant to hurt the hobbitses! Better hope you've got a few MP left for Healmore. 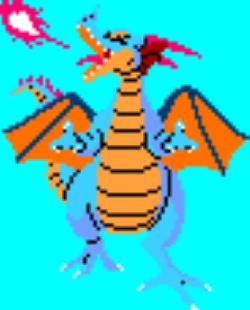 Well, that does it. When you kill the Dragonlord, the ball of light is restored, and our hero rises victorious from the ashes of Charlock Castle (the "secret" base of the Dragonlord... shhh). What's left, you might ask? Why, a forced marriage with the princess, of course! This game is happy end.
Wilt thou rusheth to playeth this game?

But thou must!
20
Login To Vote!
More Articles From ImAllTheRage 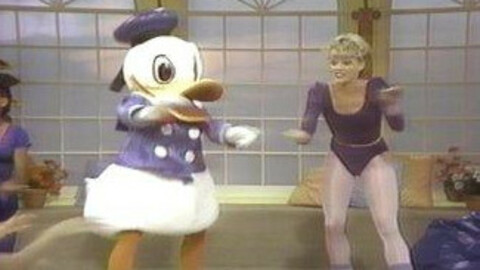 2
Ninja_Turtle_777
Ode to a 90's Child
A poem about the 90s
An unhandled error has occurred. Reload Dismiss