Or My Ideal Version of a Gobots Movie
By Celeste
On
Yes I am dead serious. Considering the success of the Transformers live action flick last year I ask myself over and over again why couldn't it work for the Gobots?

I find myself asking that same question ever since that 1986 summer bomb called Gobots: Battle of the Rock Lords.

First of all the setting 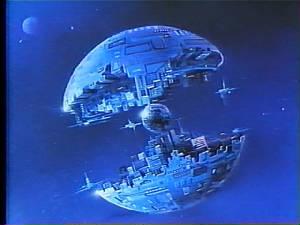 I really wish that the old movie had centred more around the Gobots and less around the Rock Lords but that's neither here nor there.

Gobots fans know the origins story of the legendary Last Engineer and his evil counter-part the Master Renegade.

The Last Engineer was the stuff of legends and the Master Renegade was long forgotten.

The Last Engineer gave gobots their robotic bodies. Gobots are synthoids that have linked brains.

To play the part of the Last Engineer I thought of Jeff Daniels of Dumb and Dumber fame. 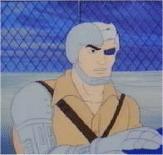 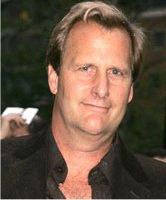 Everyone forgot about the Master Renegade. He was responsible for leading the ancient rebellion which destroyed the Gobanes. 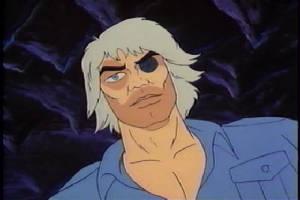 I have lots of ideas for Gobot forms. But there's nothing like the old tried and true Gobot forms.


First let's start off with the leaders. 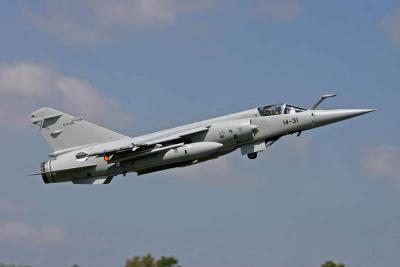 Leader-1 fights to protect all life on Gobotron and on earth.
In the cartoon Leader-1's alternate form was that of an F15 fighter jet. Let us never speak of changing this again. Leader-1's original voice actor, Lou Richards, should play him again. 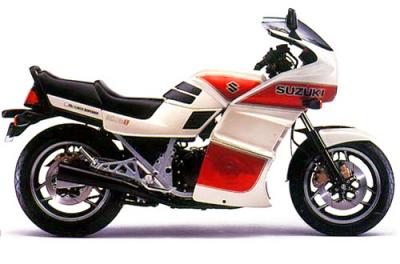 An old friend of Leader-1's turned arch-nemisis Cy-Kill wants to rule Gobotron with an iron fist. Everyone, be they Guardian or Renegade, is afraid of him.

I would like to see any of the following actors voice Cy-Kill since Bernard Erdhart, Cy-Kill's original voice actor, died in 2000.

Frank Welker did a mavelous job voicing some of the original characters in the Gobots TV show, Scooter, Zeemon, Blaster, Rest-Q, Screwhead, etal.

Ted Cole, you might remember him playing Sideways in Transformers Cybertron, did a marvelous job. Maybe we could get him to voice a Gobots movie? Definitely/maybe. 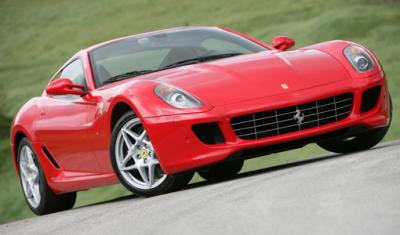 Turbo is a Guardian concept car. He likes to do a little less talking and a whole lot more doing.

I won't be changing any of Turbo's attitude as this is what gives him the "tough guy" image. Arthur Burghardt's voice is just perfect for this. 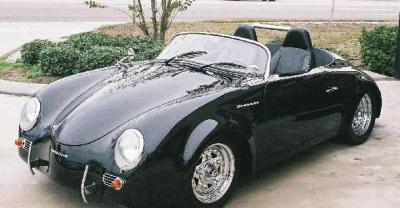 Absolute lunacy...... Her name is Crasher. Crasher always goes around looking for a good fight. She usually picks on guardians who, she feels, are inferior to her but always ends up, very much in the same way as napoleon, meeting her Waterloo.
She's more than a match for Turbo. She's even more than a match for Small Foot. She even admits to having a crush on Leader-1.
She transforms into a Porshe 590. Her weapons include blasters, and some sort of electrified snake which she controls with her feet.

Veteran voice actress Marilyn Lightstone, who is also aledged to be the voice of Pathfinder as well, voices this stark raving Renegade lunatic.

Now for the Second Lieutennats.

Scooter's probably the least likely to jump into a dangerous situation. Always nervous and eager to please he tends to get himself into a whole lot of messy situations..... IE Scooter Enhanced where he insisted that Professor Von Joy replace his holoprojector with a blaster unit. Of course Small Foot becomes the more "sensible" one to insist that they call Leader-1 and Turbo for help while Scooter was busy trying to one up the Renegades. Hey we don't need Leader-1 and Turbo to help us when one little guardian can do it all on his own. Yeah right! Scooter should know that when there are three Renegade invaders and two Guardians guarding their ship the smart thing to do is to radio for re-enforcements. 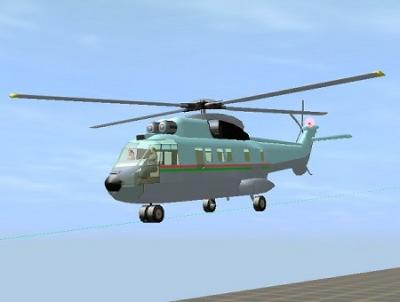 What an obvious name for character but nonetheless he's still a good part of the Gobots story lines. Cop-Tur is just as brainless as can be.

Cop-Tur was originally voiced by Bob Holt who died in 1985 but the part was taken over by Arthur Burghardt.

Small Foot is a fiesty female Guardian who easily gets hurt more often than Leader-1 does. She is always eager to please and sometimes it's that eagerness that almost always gets her into some sort of trouble that she can't back herself out of. 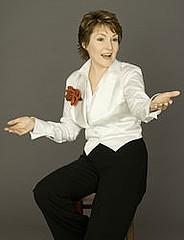 B.J. Ward is Small Foot's voice and she should do so again. B.J. has done everything from Jayna in Challenge of the Superfriends right up to Daphane from Scooby Doo. She even did Scarlet from G.I. JOE. 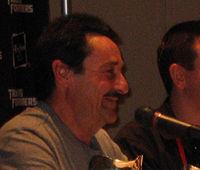 Name any character in the Gobots cartoon and the chances are good that Peter Cullen has done it.

The Rest Of The Human Characters. 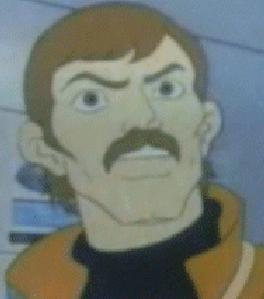 Matt is a retired astronaut but he's been busy training two young apprentices. He became friends with the Guardians and in particular Leader-1 due in part to his sharing the same love for flying that Matt has. 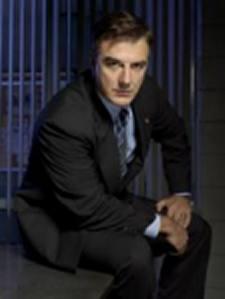 In pretending to cast this part I thought that the over 30 crowd would enjoy some eye candy. So Chris Noth is the eye candy that's needed here. 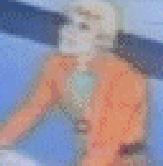 Nick has a strange friendship with Scooter. He always tries to encourage Scooter to do the right thing even when Scooter thinks that it's a bad idea. 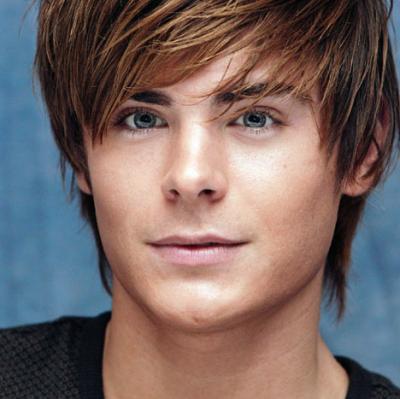 Yes I know that most people wouldn't want a cast member of High School Musical to come into play here but I want to give the under 20 crowd something nice to look at. So I looked all over the internet trying to find a nice head shot of Zack Efron. So here it is.

A.J. is a grease monkey from Pleasantville Ohio. She left home to become an astronaut and is now training under Matt's tutalage. She has a special relationship with Turbo and has a love for cars. 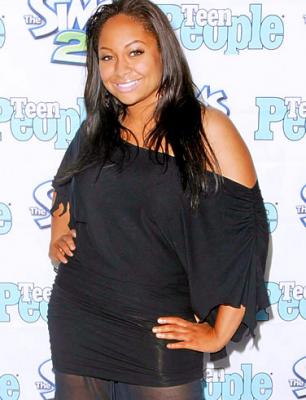 Someone over at the Gobots MB at the Internet Movie Database suggested that Raven Symone portray A.J. and I couldn't agree more. She looks the part and she can act.

Dr Turgenova is a Russian scientist who comes across the Guardians by chance after the Renegades destroyed her outpost and tried to kidnap her.

How do we know Anya is a russian scientist? By the corny accent and the fact that she wears a fur necked coat even in 75 degree weather!
She develops a platonic relationship with Matt which is made to be kind of akward because at the time Russia and the US were at odds.

Yes I know Lee Lee Sobeieski is polish but I know that we need a Eastern Euopean accent to pull this one off. 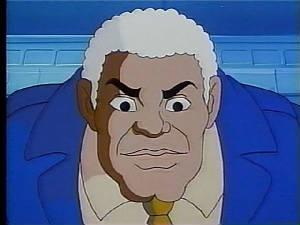 The leader of UNICOM, General Newcastle is the Colin Powell of the cartoon world, (Take a hint Transformers world because this is how you create intriguing human characters.) General Newcastle is always willing to help out the Guardians in their quest to defeat the Renegades. 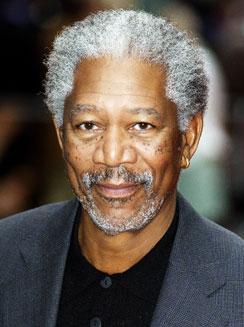 Morgan Freeman is my General Newcastle for many reasons but the biggest reason is that he has a lot of acting experience which would come in handy in this movie.


So these are the talented people who make up my ideal Gobots Live-Action movie. If you've got something that's constructive to add then please add it.
-1
Login To Vote!
More Articles From Celeste 5
Celeste
Saturday Mornings 1980-1989
Why I think the 2000s are such a waste of time. By Celeste.
An unhandled error has occurred. Reload Dismiss