A talk with Ali Barone

Caps 2.0 interview the former "While You Were Out" carpenter about her retro past.
By Caps_2-0
On
From 2002 to 2006, the show "While You Were Out" aired on TLC. It was a show where, on each episode, somebody would surprise their friend or relatives with a redesigned room. Sometimes the recipients were pleased and at other times they were irritated, but it was always interesting to watch.

One of the people who worked on the show was a carpenter named Ali Barone. 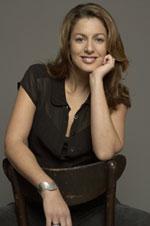 She was on the show from the 2nd season to the 3rd and she still keep busy with her designing work. I met Ms. Barone through a family friend and I must say that she's a very personable and intelligent woman, not to mention that she helped comfort me when I had some personal issues recently.

I asked Ali if she would like to do an interview about her retro past and she agreed, so without any further ado:

The RetroJunk interview with Ali Barone

Caps: When were you born?

Ali: I loved all of the 40's and 50's musicals. I think I saw every single Elvis Presley movie.Judy Garland, Marilyn Monroe and Katherine Hepburn were also a few of my favorite classic movie stars.

But as I got older I became really into teen hearthrobs like Matt Dillon from one of my all time favorite movies "The Outsiders" and John Stamos who played "Blackie" on the soap opera "General Hospital". "The Breakfast Club" and "Sixteen Candles" with the classic eighties "Brat Pack" which included Rob Lowe, Emilio Estevez, Demi Moore, Molly Ringwald etc. were always on my top 5 list. "Grease" and "Dirty Dancing" would be my other favorite movies.

Olivia Newton John and Pat Benatar were two of my favorite female performers when I was younger and I loved the shows "Good Times" "The Facts of Life", "One Day at a Time", and "The Jeffersons".

I loved my Big Wheels ,Barbie Dream House and Cher doll, but my favorite was this big Barbie head on a pedestel that had make-up and hair clips, brushes, etc.

Caps: What music was popular when you were a teen and how much of it did you listen to?

Ali: Heavy metal was really popular when I was a teen and hip-hop was breaking new ground and quickly becoming popular throughuot the late 80's and early 90's.

Caps: Out of the music you listened to when you were a teen, who were your favorite groups/artists?

Caps: Hypothetical question: You've been asked to help design a music video for one of your favorite singers/groups. Which singer/group would you go with and what would you with your designs for that video?
Ali: I would love to design a video for The Killers who are one of my new favorite bands.

Caps: When you were a teenager, did you go out and party? What were your best partying experiences?

Ali: Yes, I would go out and party often. I was really into the NY music scene and my friends and I would go to clubs in NYC like CBGB's and The Limelight to catch live music. Also, Middletown had a pretty good rock scene as well. I wasn't really into drinking though. I just loved to be out where the action was. We were fun but pretty responsible group of artistic kids.

Ali: School was not easy for me. I was 5'6" by the time I was 10 and really skinny so I looked very different from everyone else. I would get teased alot because I was like a foot taller than everyone else and so thin. Then everyone started catching up to me by 8th grade and it wasn't so bad. When the rest of the girls were still kind of awkward I was past that stage and was approached for modeling which I never really was interested in, but it helped build my confidence to know that I could.

I had a small group of good friends but I guess our school had it's fair share of cliques. I always tried to be friends with everyone and by the time I was in high school was politically active in student groups. I was the president of my school's Interact Club which was a community service organization for 2 years and was on student council as well as in a special homeroom/group made up of all the student leaders in my grade. I was always on decorating commities as well!

I struggled academically in Math but loved science, social studies and all art classes. I graduated in 1990 with average grades from Goshen Central High and went on to being a member of Kappa Delta Pi which is an international Honor Society in college. I loved school and learning as long as it was visual and somewhat hands on. I had to work very hard in the areas that did not come easy to me.

Caps: What fashions were popular when you were growing up and what did you wear? Are you embarassed when you look back on it from where you are now?

Ali: Big...Big...Big hair like Jon Bon Jovi circa 1987. Stretch acid wash jeans (horrible!), leather motorcycle jackets, legwarmers, over the knee boots, blazers w/ big shoulder pads, off the shoulder sweaters. I look back and laugh at most of the fashions.but it was fun and we felt "cool" at the time.

Caps: What concerts have you gone to over the years?

After college I worked in music television so the list goes on and on. I probably have gone to over 100 in my life. Sheryl Crow, Dave Mathews, Phish etc.

Caps: Since you're a woman, I have to ask you this: Why do women with stable lives and healthy relationships dance to and sing along with songs like "I Will Survive"?

Ali: Well, I think most people have had their heart broken at one time or another or have had something bad happen to them. Songs like that let us get it all out, even if it was in the past.

Caps: To cap it off, if you could go back to any part of your youth, what would you tell your younger self?

Ali: I would tell myself....Move on, don't waste so much time on boys or a relationship that wasn't fun and healthy. Spend more time with your true friends and family. They will always be there for you.

I would like to thank Ms. Barone for doing this interview with me. There's nothing I like more than getting viewpoints on retro culture from the people who were there to see it first-hand.

Coming soon: The RetroJunk interview with Stacey Q, the singer of the 1986 hit "Two Of Hearts"
1
Login To Vote!
More Articles From Caps_2-0