My top ten favorite movie parodies from "The Critic".
By Captain_Retrograde
On
In my freshman year of college, I discovered a cult favorite animated sitcom that quickly became an instant favorite. That show was the two-season wonder known simply as "The Critic".

Airing from 1994 (on ABC) to 1995 (on FOX), the show revolved around the day-to-day happenings of tubby, balding New York film critic Jay Sherman (voiced by Groundlings alum and Saturday Night Live cast member Jon Lovitz), who hosted the cable TV show 'Coming Attractions'. On the show, he would review the latest fare to come out of Hollywood, usually eviscerating movies with his simple, two-word critique:

Probably one of the most notable aspects of the show were all the film parodies showcased throughout, most of which were Jay's review fodder. The movies spoofed therein varied from then-contemporary hits to the classics to even those from overseas, and each was funny in its own way (unless you weren't that well-versed in cinematic history). I know there were plenty of film parodies that got huge chuckles out of me, so I felt I should present to you my top ten. 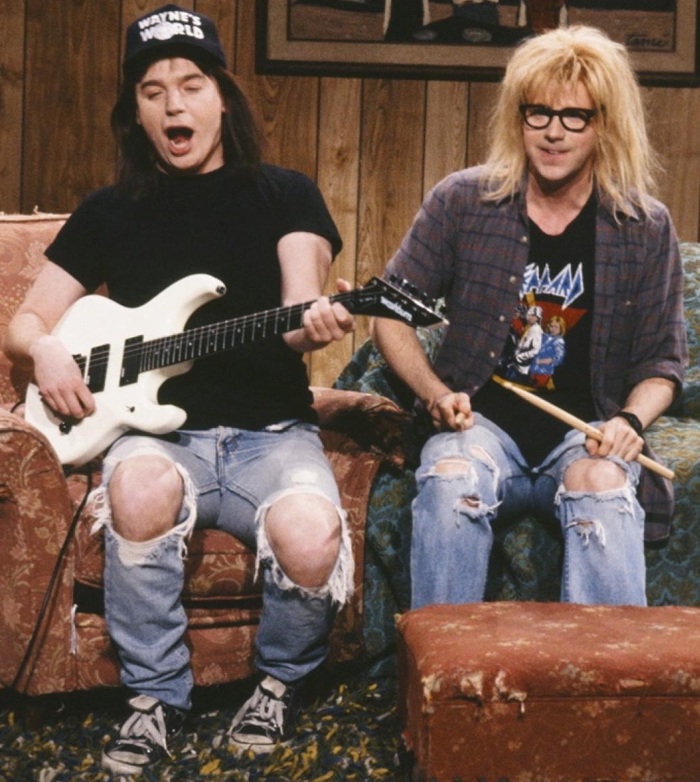 Many of the parodies were odd mash-ups, and one of the oddest was the combination of Kirk Douglas's 1960 sword-and-sandal epic with the 1977 Burt Reynolds outlaw-on-the-run comedy. That final line from 'Reynolds' in the clip just seals it for me.

9. 'Rabbi P.I.'
Episode originated: 'Pilot'
(Broken YouTube Link Removed)
Arnold Schwarzenegger was the butt of many jokes on the show (along with fellow action hero Sylvester Stallone), and this one--a sendup of the actor's 'Kindergarten Cop'--was the first. 'Hava nagila, baby' indeed. I declare this parody 100% Kosher!

8. A remake of 'Guess Who's Coming to Dinner'
Episode originated: 'Dukerella'
(Broken YouTube Link Removed)
Apparently one of the few films Jay Sherman has a 'soft spot' for--due to his experience as a former Elvis impersonator--this spoof showed us that Maurice LaMarche (who did the heavy lifting of voicing most of the celebrities on the show) has, of all the voice acting legends, one of the best Elvis impressions there is. (And for some reason, pork chops and whipped cream sounds oddly tasty.....NOT!)

Another funny mash-up, this time in the form of an entry in the filmography of Jay's best friend, hunky Australian actor Jeremy Hawke. It also would provide good laughs for all the U.S. history buffs out there.

A very....interesting take on a typical Clint Eastwood cop thriller, but with all the added embellishments (aka so-called 'box office draws') popular at the time. Guest-starring the future governator with his own team of misfits! Sure to be a very 'explosive' moviegoing experience....

4. 'Apocalypse Wow!'
Episode originated: 'All the Duke's Men'
(Broken YouTube Link Removed)
An overlooked musical effort from Francis Ford Coppola, this features Marlon Brando (also a frequent source of jokes on the show) singing in a movie for the first time since 1955's "Guys and Dolls". Unfortunately, he's still not as good as he was(n't) then. Also, I wouldn't eat those eggrolls if I were you....

3. 'A Few Good Monsters'
Episode originated: 'All the Duke's Men'

A hilarious mash-up of some of Tom Cruise's biggest hits, were this an actual film it would be even funnier than "Vampires Suck"--and miles better than even its source of parody, the Twilight movies. At the same time, it makes "Mad Monster Party" look like "A Night at the Opera".

I'm sure you all can handle the truth, and the truth is, this parody is no doubt one of the freakin' funniest spoofs done on the show, one even all three actors would find funny. Also funny is the 'Nightmare' spoof that follows it afterwards. A great way to start season 2.

1. All the Orson Welles bits
Episode originated: 'Eyes on the Prize', 'Frankie and Ellie Get Lost'

These jokes just prove how Orson Welles is Maurice LaMarche's signature celebrity impression (which he used as the basis for one of his all-time great characters, the Brain). Even funnier is the source of the parody, the infamous 'frozen peas' blooper reel. It is a hoot if you listen to it! Now, where are my fish sticks...?

And there you have it, cinephiles! Tune in next week, where I'll be looking at the newest superhero blockbuster "The Tick: The Movie"; Renee Zelleweger's new sequel, "Bridget Jones's Blogosphere"; and the directorial debut of 'Weird Al' Yankovic, the romantic comedy "She Never Told Me She Was a Mime", starring Zach Braff and Anne Hathaway as a young couple dealing with the wife's well-kept secret.

Usher: Excuse me sir, the show's over.

Me: Is the snack bar still open?
8
Login To Vote!
More Articles From Captain_Retrograde

11
JSwiftX
TROMA Movies!
A Tribute To The B-Movie Empire
An unhandled error has occurred. Reload Dismiss