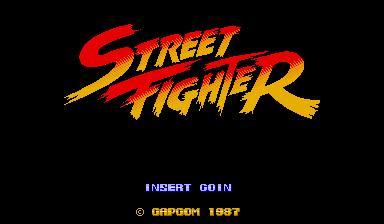 It all started with Street Fighter 1. At its time of release, most games at the arcade consisted of side or vertical scrolling shooter games such as R-Type. Capcom knew the risk it was taking, so it released Tiger Road and Trojan (traditional side/vertical scrolling shooters) alongside it. While Street Fighter 1 wasn’t the hit they hoped it would be, it did develop a pretty loyal fan base. One of the main reasons for that being that the enter fighting game genre was new to gamers and, being used to playing cooperatively, the idea of playing against each other was new and exciting. 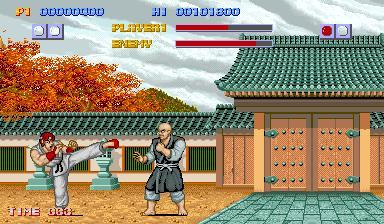 Another revolution that SF1 started was the idea of entering commands to execute a special attack. Prior to SF1, special attacks were pulled off at the simple press of a button. When SF1 was released, not only did you have to input a special command to pull off those special moves, but you had to figure out what that command was on your own since the game came with no instructions. What were those special attacks and how did you pull them off you ask? Well, the special attacks were the Dragon Punch and the Fireball (Or Hadouken as most of us know it today) and they were pulled off with the quarter circle motion. 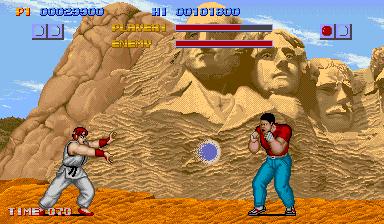 The Dragon Punch and Hadouken may be regular move in the more recent Street Fighter games, but back then, pulling off either of those moves took a good 40% of the enemy’s health. However, since you had to figure that out on your own, only the most hardcore of players ever figured out how to pull them off and the only way for other people to find out as well was through word of mouth.

Four years after releasing Street Fighter 1, Capcom unleashed the beast and crowned king of fighting games: Street Fighter 2. The only SF1 characters that made it into the sequel were Ryu, Ken and Sagat. Five new playable characters were introduced in Street Fighter 2 (Zangief, Chun-Li, Guile, E. Honda, Blanka and Dhalsim) along with 4 unplayable boss characters (Vega, Balrog, Sagat and M. Bison). Players were overwhelmed by the fact that there were 8 playable characters. While today’s games have an abundant selection of fighters, games back then didn’t offer players much of a choice, if any. Not only that, but each of the characters had a unique set of moves, as well as their own back-story, which was an entirely new concept to most players. 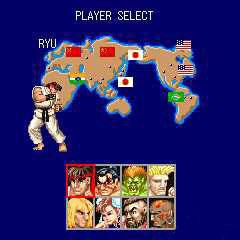 While most people picked Ryu or Ken when the game first came out, the Dragon Punch and Hadouken attacks were still unfamiliar and tough to pull off, so a lot of players moved onto other characters such as Guile or Blanka, since their specials were more charge-up types (holding “back” for a few seconds and then quickly pressing “foreward” along with an attack button). The more hardcore players resumed using Ryu and Ken, trying to perfect their techniques and increase their number of wins. While SF2 was an excellent sequel to the original, it did have some balance issues. One of the worstthat plagued players were cheap tactics that could be used for easy wins, such as selecting Guile and continuing to do Sonic Booms over and over, leaving the opponent with only the option to block the attack, and then hitting them with a Sommersault Kick if they jumped over a Sonic Boom.

Along with these issues, players longed for the chance to play as the four boss characters. Little did they know that their prayers would be answered the following year. 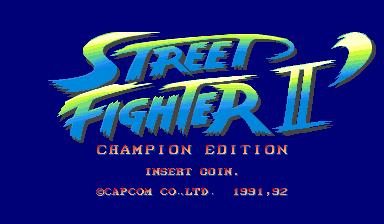 A year after releasing Street Fighter II, Capcom released SF2 Champion Edition. Other than balancing the game’s mechanics even further, Champion Edition finally gave players the chance to play as one of the four boss characters. 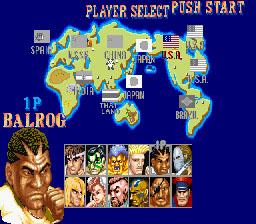 Vega had incredible speed, Balrog had immense power, Sagat had excellent defense and offence and M. Bison had the Psycho Crusher. Another new feature was the ability for both players to select the same character, a dream come true for fans. 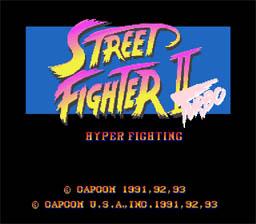 
The intro to Super Street Fighter II showed Ryu throwing a hadouken directly towards the player. This subtle little intro was made to show that the game was using a new circuit board in the arcade machine, which improved the game’s graphics. 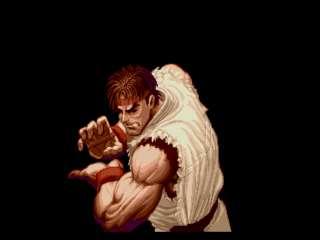 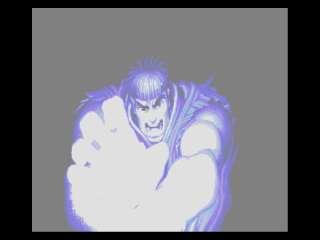 The backgrounds contained more detail, some of the characters had their appearances changed (Ken’s younger appearance and Chun-Li’s mature look,among others) and all the character portraits were remade.

Along with graphical refinement came an increase in the game’s character roster, augmenting it from 12 to 16 with the addition of Fei Long, Deejay, Cammy and T. Hawk. And as if it needs to be mentioned, Capcom further refined the gameplay, making it more balanced.


And so came the final chapter in the Street Fighter II series. SSF2T’s main selling point was the introduction of super combo finishers. Super Combos were an automatic chain of attacks that the character pulled off after the player entered a specific button combination.

For the combo to execute, the player had to fill the power gauge at the bottom of the screen by successfully pulling off attacks. Once the gauge was used, it had to be filled again and the gauge did not carry over into the next round. These combos were incredibly useful, as not only did they do a substantial amount of damage, but they could easily turn the tides in any battle, making the fights that much more intense.

Another new addition was Akuma, another Ryu/Ken type character that was evil.

And so there is the history of the first two Street Fighter games. There may be things I left out or forgot to mention, but with a history as rich as that of the SF series, that’s to be expected and although there are numerous other SF games, I’ll leave those for another time.
2
Login To Vote!
More Articles From System

15
Quote O' Matic
Neighbor: "Hey Griswold! Where you gonna put a tree that big?"
Clark: "Bend over and I'll show you!"
Neighbor: "You got a lot of nerve to talk to me like Griswold-"
Clark: "I wasn't talking to you (camera pans to Neighbor's wife)"
Christmas Vacation

18
TURTLEGUY2
The Early 90's In Review
The 20th century had many wardrobe changes.
An unhandled error has occurred. Reload Dismiss