In Search of Fearless Photog

Mattel's contest promised they would create the winner's toy! But did they deliver?
By velcrohead
On 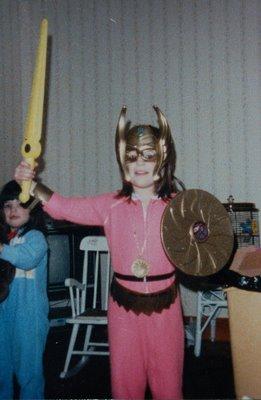 Back in the halcyon days of 1985, nearly every little boy knew the significance of hefting a makeshift sword toward the heavens and forcefully exclaiming "By the power of Greyskull!" For upon the utterance of those words, thousands of youth were transformed into the mighty He-Man or She-Ra, ready to do battle against the nefarious forces of Skeletor...or at least the family cat, who was really Panthor in disguise. And since World of Warcraft had not yet been invented, we enacted these fantasies in countless backyards, birthday parties and childhood get-togethers. The world of Eternia and the glory of being a master of the universe filled and thrilled our imaginations. And imagination would be the extent of it, for at that point, we were all just viewers of the fantasy. We didn't actually live there or influence it.

But that would all change.

He-Man Magazine announced a contest. Every boy and girl in the world would have a chance to not only influence the world of Eternia, but to create an actual character that would actually be part of He-Man's gang and who would actually have a honest-to-goodness TOY made from the design! (Plus there was some rubbish about a $100,000 scholarship and a tour of Mattel, but nobody cared about that.) Pencils and papers went flying as children set to work creating design after design. Submissions poured in, along with hopes and dreams, and the kids waited for the Spring 1986 issue with bated breath.

However, a youngster by the name of Nathan Bitner did win. Only look very carefully at the announcement... 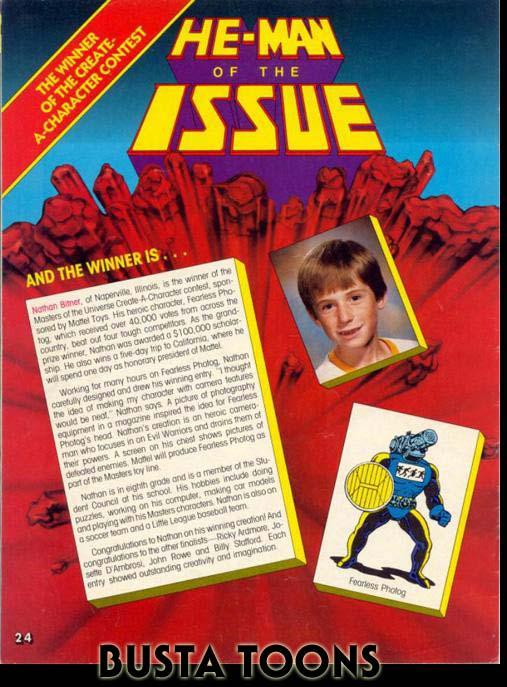 Honorary President of Mattel for a day? Check.

Mattel had done the dastardly deed. They had flipped the script and, mid-contest, had robbed not only Nathan Bitner, but every other MOTU fan in the world of having an influence in the Eternian universe. Granted, Masters was a faltering line by 1986 and clearly on the way out the door, but that doesn't make it any less sad that Nathan's character, the Fearless Photog, was in an Eternian limbo, never to resurface again, and leaving fans to speculate for years to come.

Would there ever be a Photog figure? Would we see him in comics or cartoons? And most importantly, did Nathan ever get his own copy of the toy? 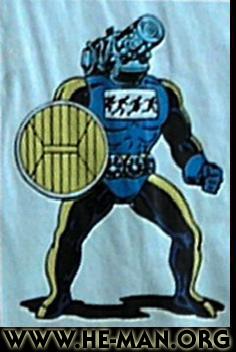 Who was this Photog? Well, he was essentially a freak with a camera for a head who sucks the souls out of bad guys. (Sort of like whomever signed Kevin Federline to a record label.) A screen on his chest shows the energy signatures of his defeated enemies. Essentially Photog was a PDA with arms and legs. His powers do seem a bit on the silly side in this day and age, since most of us now have camera phones with which to suck the life out of our friends, but back then fans were chomping at the bit to lay down their hard-earned allowances for this special figure, nay a piece of MOTU history.

Sadly, to this day, that longing is unrequited.

So we never got and probably never will get Photog. But whatever happened to Nathan Bitner, the creator? Turns out, that story is much more interesting than any episode of MOTU.

Some folks at X-Entertainment were pondering that very question back in May of 2003, and an innocent blog post was born. Not a particularly deep blog post; rather, it was just one of those off-handed "wonder what happened to this guy" sort of posts. Yet, somehow, over the course of a year, this blog post and its comment section mutated into one of the most epic threads ever, rabid fans and stalkers all, and the sordid story was finally told, by friends of Nathan, by a large percentage of the contest's runners-up, and eventually by Nathan Bitner himself.

The first part of the journey leads us to: 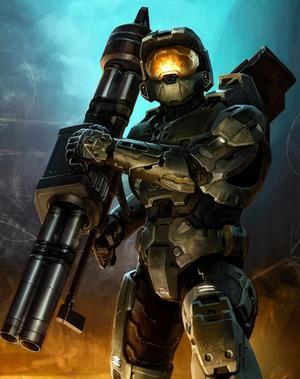 That's right. The designer of the Fearless Photog was actually on Bungie's design team for the first Halo game and was instrumental in the creation of several characters. In particular, the character of Cortana was Bitner's brainchild.

Yup. The same guy who designed this:

also gave the world this: 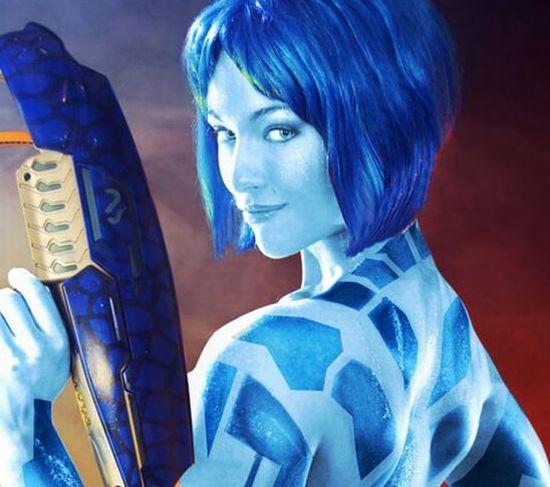 Not bad, right, to be one of the designers of what would become Game of the Year? 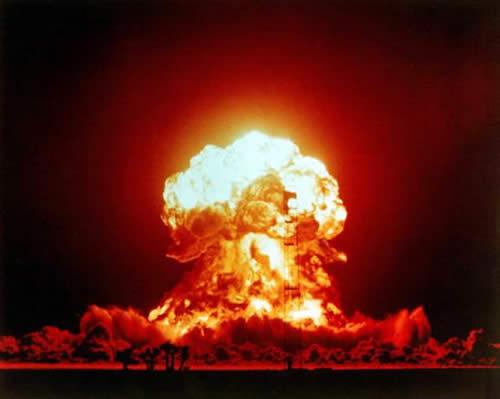 A little not-so-light reading over at the Bungie forums tells a darker story. After deciding to leave Bungie, Nathan Bitner created his own company, Island Four. What games have you played that were developed by this company? Not so many, unfortunately. In fact, none. As it would happen, this was the beginning of a long slide for our hero.

Island Four never took off, and that left Bitner owing quite a bit to his investors, to say nothing of the fact that he was now on the bad side of many former allies in the video game industry. After being evicted from a few apartments, a couple of run-ins with the law, financial ruin, and countless issues with his girlfriend (who also happened to be a prostitute), Bitner was a broken, desperate man.

A rather long drawn-out and depressing story from a former friend of Bitner's named Tim is told on the Bungie forums. Suffice it to say, to whatever depths a man can fall, Nathan Bitner did.

Meanwhile, back at X-Entertainment, bits and pieces began flying together from across the web. Nathan Bitner in the Army. Nathan Bitner and Island Four. Nathan Bitner and Gemini the prostitute. Nathan Bitner and a posting on alt.suicide.holiday... Our hero had been leaving quite a trail for himself, and bit by bit pieces were either confirmed or debunked, and before long, the internet knew more about Bitner than his own family.

All in all, the charming little boy whose college tuition at UNC was paid for by Mattel was beginning to look like a genuine screw-up! 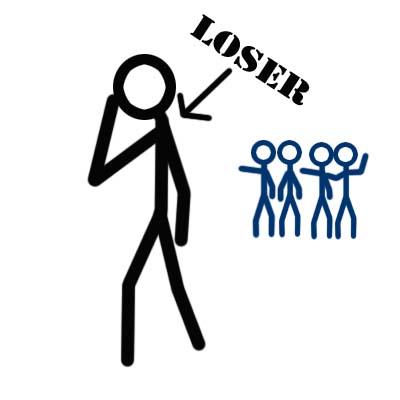 And then, six months later, Bitner would finally address the world, or at least the small part that was following his antics:

This has got to be the most insane thing I have ever seen on the internet. And that's coming from me. A lot of what Tim said was either partly true or had the seeds of truth. I'm pretty disappointed that you had the bad fortune to interact with me at such a wholeheartedly fucked-up time in my life.

There are parts of my life that I really have no desire whatsoever to relive. I am a pretty open person, and I always have been. When you screw up, that leaves you particularly vulnerable.

Yes, I filed for bankruptcy in January 2002. Everything has been good since then, I made lots of money in Iraq, I haven't done anything exceedingly stupid with it, etc. Of course, the six-figure military salary really helps a lot.

When I first saw this, I have to admit that I was pretty devastated. I couldn't believe it. It was a harsh reminder of just how horrible everything had been not so long ago. I had done everything I could to put that life behind me and flat-out start over. Much of it was brutal to read, to say the least. I knew very well when I posted non-anonymously to alt.suicide.holiday (oh, yeah, those were the days baby) that it would be there forever - so that's pretty easy to accept. But there are other things I never thought would be up for public discussion, and I have the very strong opinion that they never should have been. I think it was wrong, poor taste, poor judgment, kind of vindictive, and somewhat cruel. At the same time, I was guilty of at least the first three on enough occasions that it is not very difficult to understand that it happens.

Really, who would've thought all that would come just from someone idly wondering what happened to that one guy that won the contest? A simple search for a contest winner that time and most fans had already forgotten turned up so much more than a juvenile pipe dream of a toy. It brought up a story of one man's pain, his struggle, and his many flaws.

Perhaps it points to the power of the internet these days. Nathan Bitner's story may just be a forewarning to us that our lives could similarly be exposed by people with a little net savvy and too much free time on their hands.

For this author, it certainly adds a whole new depth to what was only a fond memory of something related to a mere toy.

Fortunately, the twisted plot of this man's life did finally end in redemption. Bitner would eventually join the Army at age 28, serve in Iraq, and make his fortune there.

Currently, he's a Performance Improvement and Outcomes Analyst at University of North Carolina Healthcare. You can read his blog at carolinatarheelblue.com.

And though his creator has risen from the ashes, for now, Fearless Photog is still relegated to the dust bin of history, with nary a cartoon appearance, nary a toy produced. Unless... 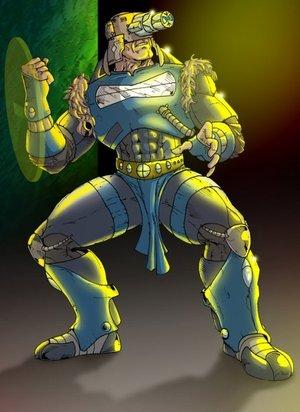 But then again, who needs a fictional story when it has been proven that truth is often more fantastic and much more fascinating?